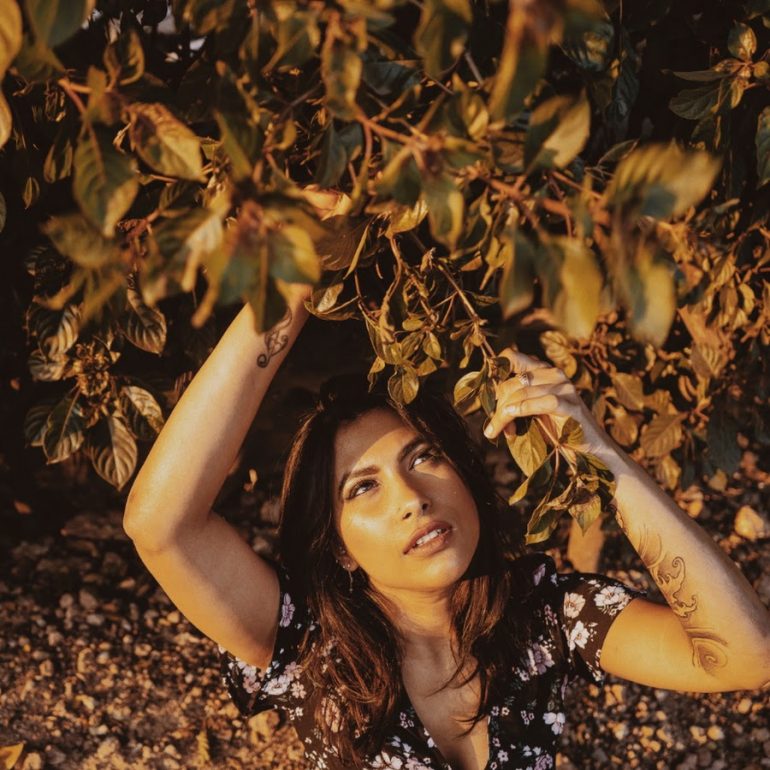 Back when the first wave of the coronavirus pandemic hit in India and subsequently began receding, several musicians set up their new home in Goa, which seemed somewhat cocooned compared to the rest of the country. In September, Chennai singer-songwriter Huyana (Varshita Ramesh) headed there for a holiday, only to be informed she’d lost her job a week in.

She says, “A week after that, I got a scholarship from the Goa Jazz Academy. It just seemed like I was supposed to be there.” After attending one open mic, Goa led her to nearly 30 shows in the next few months. “That’s crazy because all over India, no gigs were happening but I was having the time of my life on stage!”

Huyana is quick to note that in retrospect, it may not have been the wisest idea to be amongst so many people during a pandemic, but it did help her improve as a musician. A lot of those gigs were often two and half hour jams with no setlist decided beforehand. The audience ranged from “tables and chairs” to venues like HillTop in Vagator, which offered a floating crowd and a flea market-like atmosphere.

“You get so engrossed performing, though, and then the other people who are there are just there. For me, it was more about being on stage with these fantastic musicians pushing me out of my comfort zone. I learned a lot,” she says.

Also, her Goa stint led to her latest single, ‘Nothing Wrong In Not Being Okay’. Written as part of her college’s creative writing project and sitting in her portfolio, the vulnerable yet confident song gives off hints of country/folk (with ambient guitars by Goa’s seasoned guitarist Elvis Lobo) and stays resolutely in the singer-songwriter space.

With her previous releases – the buoyant R&B tune ‘Is It You?’ and electronic-informed ‘In My Head’ which was produced by Mumbai’s Three Oscillators – Huyana says she often shared her ideas and “gave” the song to others. On ‘Nothing Wrong In Not Being Okay’, the artist says “there were no other inputs”. Working with audio and video producer Sehran Mohsin from The Caterpillar Story, Huyana got a music video for the track as well.

Mohsin connected with Huyana after seeing her at a gig in Goa and also finding her demo version of the song uploaded on Instagram. Recorded in January, the artist said the song went through a few changes sonically in order for her to be happy with the quality. The song features guitarist Dishaan and bassist Joe Ferrao. What she’s happy to have achieved with this new release is a direction that she’s not been on before. “In a way, what I always wanted to do with Huyana was try different things,” she says.

The next thing, however, isn’t something Huyana is going to rush. “I want to be super sure about it. All I want to do is to get into a proper recording setup and work with musicians. Even if I have to release it a year from now, I want to make sure it’s a well-thought-out, great body of work,” the artist says.