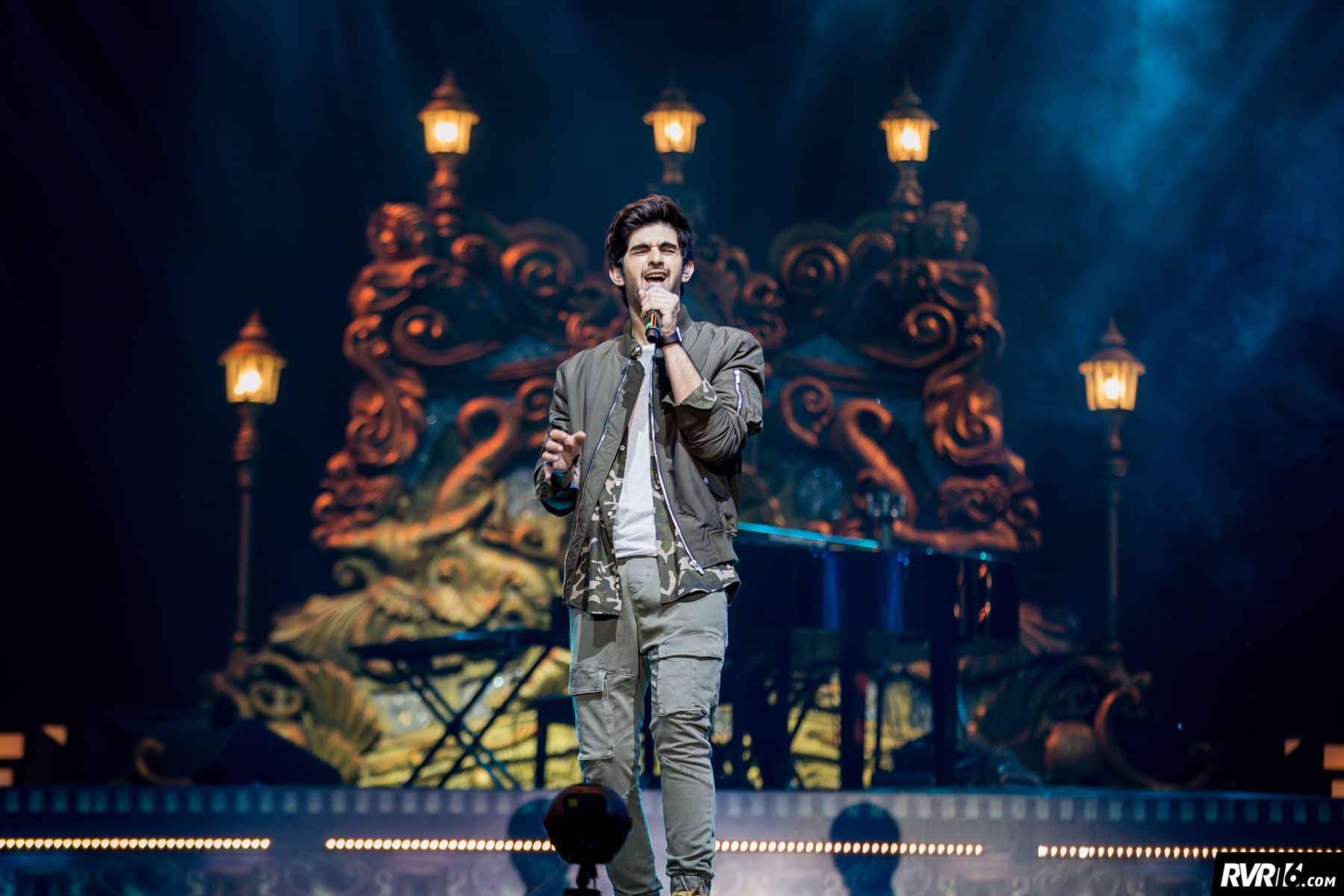 Hriday Gattani on what goes behind making a live show tick

The scale and the production value of concerts are on the rise and the experiences are evolving; live performances play a crucial role in the careers of indie musicians. What is the extra mile needed for concerts and live performances? Singer-songwriter and upcoming independent musician, Hriday Gattani, indulges with answers in an open, unguarded conversation on his indie and mainstream sides, need to innovate, and more.

What is the degree of effort that goes into putting together a live gig? Without much of pondering, one might venture that the answer depends on the scale of the gig. Singer and upcoming independent musician Hriday Gattani throws light on the question in an open chat.

Hriday has been performing at small-scale gigs, concerts and music festivals, a mix of original content, film and indie favourites. He began putting out impromptu music videos and live gigs on YouTube more than five years ago. His early recordings are covers of some of the artists he grew up with, like John Mayer and Coldplay. His admiration is plain when he says he regards John Mayer as “one of the most intelligent musicians and beautiful songwriters in the world”. Nostalgia is contagious in these recordings, largely due to Hriday’s fascinating vocal shades.

“Assembling the right band is often the first thing in planning for an upcoming show. If I were to do the Weekender this year, now is about the time I’ll be reaching out to my band,” says Hriday, who performed at the Bacardi NH7 Weekender last year in various cities including Pune and Meghalaya. His schedule is keeping him from performing this year, though. “People come to these shows for the band, as much as they come for the singer, if not more,” he says matter-of-factly.

It is important to have a like-minded band attuned to even the slightest of the hints. Changing the chord at eye contact, for example.

Talking about the synergy of the band, he adds, “We derive the concept or the theme first. I tend to keep it grassroots, simple, truthful. Songs naturally follow and fit in. The genres and mix often depend on the venue. I choose mostly indie for Weekender. I sit down with the band, usually on the Piano, think of what new things I can bring to a song if I should, and write the motifs.”

“Although, I have hardly stuck to the songs put together during rehearsals, on the day of the show,” Hriday says au contraire. “It is very important to read the audience after the first song. You adapt, accommodate, change the song tempo, bring them to the groove,” he adds emphasising thinking on the feet. He also recounts anecdotes when he was thrown off-guard in the events by requests for songs from a different time (early 70s, late 60s), different genre, and even some he had no clue of. “You have to improvise on the spur of the moment,” he admits, “no matter how carefully you plan things right from the day you got the brief from the client till the day of sound check at the event.”

The odd mash of masculinity and vulnerability renders Hriday’s singing style unplaceable yet charming. This is evident in his debut film songs (especially ‘Tu Shining’) composed by AR Rahman in the criminally underrated soundtrack Lekar Hum Deewana Dil. Since his film-singing debut in 2014, he has been trying to explore the mainstream format as well, while keeping up with his indie interests. He has recorded a few songs in Telugu for AR Rahman, including ‘Prema Swaramulalo’ from the film 24 and ‘Tango Kalalo’ from the film Cheliyaa (Kaatru Veliyidai).

Hriday’s father Deepak Gattani runs the company that manages concerts and other musical events, including many of AR Rahman’s concerts (Unity of Light in 2003, RahmanIshq in 2013, and Encore in 2017). He shares some insights, having witnessed the elaborate phases leading to realizing RahmanIshq in 2013 when he was a student at AR Rahman’s KMMC. Notably, Hriday performed last year in the Encore tour by AR Rahman.

“My dad with the help of a small team puts together a list of 50-60 songs, based on the venue, the theme of the concert, etc. Then they (including AR Rahman) filter the final set of songs and their variants. I remember they planned ‘Jiya Jale’ as dubstep that year. Usually, singers are decided along with the songs, based on their availability, of course. Though some sure-shot songs often bring in sure-shot singers.” He recalls how ‘Mayya Mayya’-Neeti Mohan is one such association. He also talks of the versatility of singer-friends Jonita Gandhi and Haricharan, and how it plays a major factor in keeping a core singer-ensemble for tours abroad.

“Then comes the studio part, making of the harmony portions, and working on the song arrangements. And we get to the rehearsal studio. Here, we even choreograph singer movements to dot. Then musicians join. It is an entire day or two with the band, back to back. Everyone is present. Ideally, the entire band is there. It is a lot of fun and sweat,” reminisces Hriday. “Entire technical team goes to the venue a couple of months ahead for checking acoustics and other production stuff. Graphics too. Lighting rig gets designed and programmed. Show director figures out themes for every song, matches graphics and lights,” he says suggesting that the fourth wall is thus raised.

This fourth wall divide between the audience and the performers, in a way, is also the definitive line between small-scale gigs and grand events.

He is also keen on exploring the interactive nature of live shows – “Future of concerts is interactive. I am right now looking at developing new kinds of experiences. Like John Mayer’s Apartment Sessions. Podcast-ish and unique. Performance grows out into interesting things. Justin Timberlake does it classy and interactive, with full of dance and singing. And theatrics too.”

Hriday has recently produced three independent songs under Vishal Dadlani’s music label VLT. This year, he also debuted as a composer in the Marathi film Youngraad, and the album has been received well. “I love the music content from the South way better. I try to catch up with the songs of my singer-friends especially Shashaa, Jonita and Haricharan,” he says with a fanboy enthusiasm. “‘Saye’ (Youngraad) has a bit of South influence. I want to compose a Tamil album. Hopefully soon,” he closes on a cheerful note.