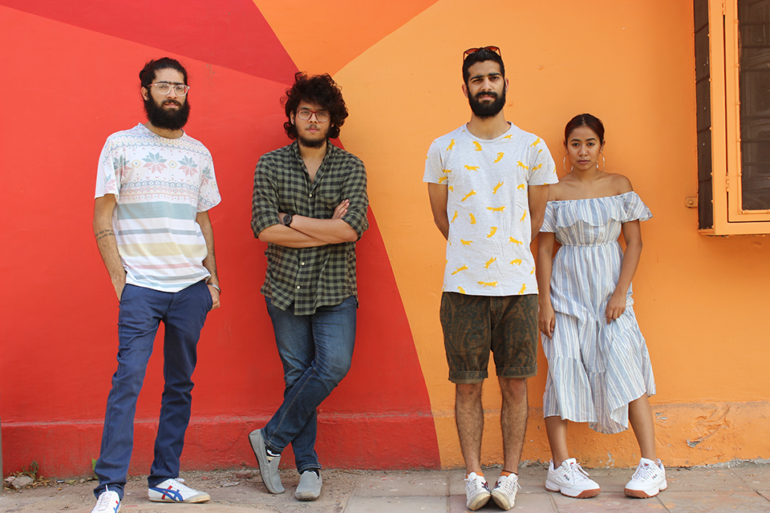 How Man.Goes Human ended up in the Chris Hemsworth starrer ‘Extraction’

On one of their debut visit to Thailand in 2018, New Delhi rock band Man.Goes Human caught the attention of more than just regular gig-goers. A local film crew working on Netflix’s just-released feature film Extraction spotted the quartet. “I guess our DIY tours were totally worth it,” bassist Shitij Gulati tells us.

From thereon, it led to the band’s appearance in the Chris Hemsworth action movie, which also stars Indian actors such as Manoj Bajpai, Pankaj Tripathi and Randeep Hooda. Gulati says, “We met the assistant director who discovered us, and one thing led to another. Sam Hargrave (the director) loved the track and we were off to Thailand again!”

Man.Goes Human – Gulati, Kapril Keishing, Tejeshwar Singh, Sharan Gulati, Akshat Pathak – are seen early on in the movie, within the first five minutes. Their track ‘No See’ also plays during the end credits of Extraction, following the first track. The bassist adds, “The team had chosen the track. From what we heard, Sam Hargrave really loved the track and chose us over a lot of other big bands who were in contention.”

Part of a 12-hour shoot in February 2019, Gulati says the Netflix team flew them to Thailand for their appearance. Gulati says, “The shoot was for one day itself, but we were there for four to five days, as we’re familiar with the city and have a lot of local musician friends there!”

Man.Goes Human, who have had one self-titled album and 2017 EP Moonglasses to their name, have now established some footing in the South East Asia touring circuit and are keen to make the most of it, despite the big lull that the live music industry is seeing (and will continue to see) due to the coronavirus pandemic. Gulati says they had two tours planned this year, including a music festival appearance in Vietnam that’s now been nixed. “Both have been postponed for now, but if things improve we might have one at the end of the year. The outlook is positive as always, we won’t be around if that wasn’t the case since the outset.” He adds, “We’re working on music and further plans to emerge from this stronger!”