“Dear Alokananda Dasgupta, welcome to the scoring club and congratulations on a very interesting score & mix for Sacred Games”

This is what AR Rahman, unanimously hailed as the God of Indian film music, tweeted at 1:45 am on July 12. He might have just binged the first Indian original Netflix series and was left with the same afterthought as a lot of us. A small but effective proof that Alokananda Dasgupta has arrived.

Sacred Games has managed the impossible. It is the first time, in a long time, that Indians are going out of their way to compliment the music of the show. And in this case, music doesn’t just mean songs; it means the background score of the show. “I am not used to this kind of attention. I wasn’t expecting this reception at all. It obviously feels amazing, really makes the hard work worth it,” says Alokananda Dasgupta, the woman behind the stunning soundtrack.

The self-proclaimed film appreciators, often with “movie buffs” or “cinephiles” in their Twitter bios do mention the background score here and there; but the general criticism, appreciation or just talk about scores has been too little. “I was watching some movie where the closing credits mentioned ‘music’ and ‘background score’ separately when it should have been ‘songs’ and ‘background score’. I was startled by this. Background score is not music or what? Even in the award shows it is considered a technical award,” remarks Dasgupta.

Daughter of acclaimed Bengali filmmaker Buddhadeb Dasgupta, she studied music theory and composition from York University in Toronto. Despite a difference in opinion between her parents over what she should pursue growing up – her mother wanted her to become a dancer while her father wanted to see her become a pianist – being the daughter of a multiple National Award winner meant that she was exposed to films very early on.

“There were films, of every genre and language, always playing at home. We didn’t understand it, but we were exposed to it. I knew I couldn’t be a classical pianist like my father wanted me to be because I wasn’t good enough at performing. I love films and I love music, suddenly this lightbulb moment happened. I didn’t wake up one morning and decide I was going to do this, I was already studying music. I slowly got into composing. I knew nothing about film music and didn’t know the technical aspects of that, I learned it all on the job”.

In an industry where box office success is usually driven by the ‘hero’ and ‘heroine’, the background score is not something people generally pay attention to. But Alokananda was always interested in it even when they weren’t the thing to remember. “When I was five, my father showed us a film and I didn’t understand it, obviously, but the score by Ry Cooder has stayed with me till now,” she reflects.

Seeing Dasgupta’s name credited as the composer of the soundtrack was not surprising considering she has collaborated with Vikramaditya Motwane on a few occasions in the past. The most significant collaboration would be Trapped that came out last year and won Anish John the Filmfare Award for sound design.

Motwane might even have seen the potential when she assisted Amit Trivedi on his directorial debut Udaan. “I had been working with Vikram on and off for three years, on short films and commercials as well, and then Trapped happened. Last year I just got a call from them about Sacred Games and it was very casual.” By her own admission, despite binging on Netflix regularly, she couldn’t fathom the magnitude of this project.

“When you’re scoring for something and you get involved with it, you lose objectivity. But when I was given the raw copies to work on and was watching the series, I binged on it myself. I felt that this is up my alley and I understood why he approached me for it. Vikram and I have similar tastes and a connection and it just worked,” says Dasgupta. 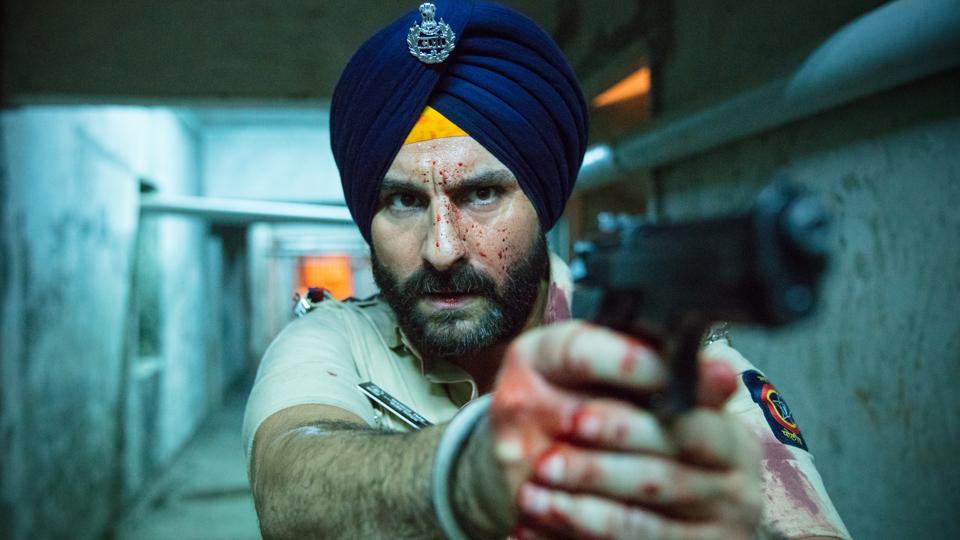 Having two directors could have worked against Sacred Games, even if it was two people who share a close working relationship and run a production house. Both Anurag Kashyap and Vikramaditya Motwane have made a name for themselves as filmmakers and have a very distinctive style. It hence made sense for the show to have had a clear demarcation – Motwane directed the plot-line involving Sartaj Singh and Anjali Mathur, played by Saif Ali Khan and Radhika Apte respectively while Kashyap was responsible for the story involving Nawazuddin Siddiqui’s Ganesh Gaitonde. The task of putting it all together at the end and ensuring it blended seamlessly was key and the background score was essential to that end. Alokananda ensured her music gave the narrative and the directors strength and didn’t stand out for being a square peg in a round hole.

“Vikram was the showrunner and he was taking the creative calls so I didn’t have any confusion because I was working with one person, whose sensibilities I am aware of and who I have worked with before. If I didn’t know there were two directors making the show, I wouldn’t have realised it either. Despite there being two different narratives and timelines, the two fit together like a glove.”

It is interesting to know the working process of someone who has managed to put out an immersive and addictive soundtrack in Sacred Games. “It is random but there is a method to the madness. I am very old fashioned in setting up the melody first, which is like first drafting a summary in school. I work very organically. There are times when something comes to me which is not the melody but the sub-melody and I end up using that. So it’s a very random process with a lot of trial and error involved. I started composing a song called ‘Dhuan Dhuan’ when I was on a deadline to create the score. It just came to me and I’m happy they used it.” 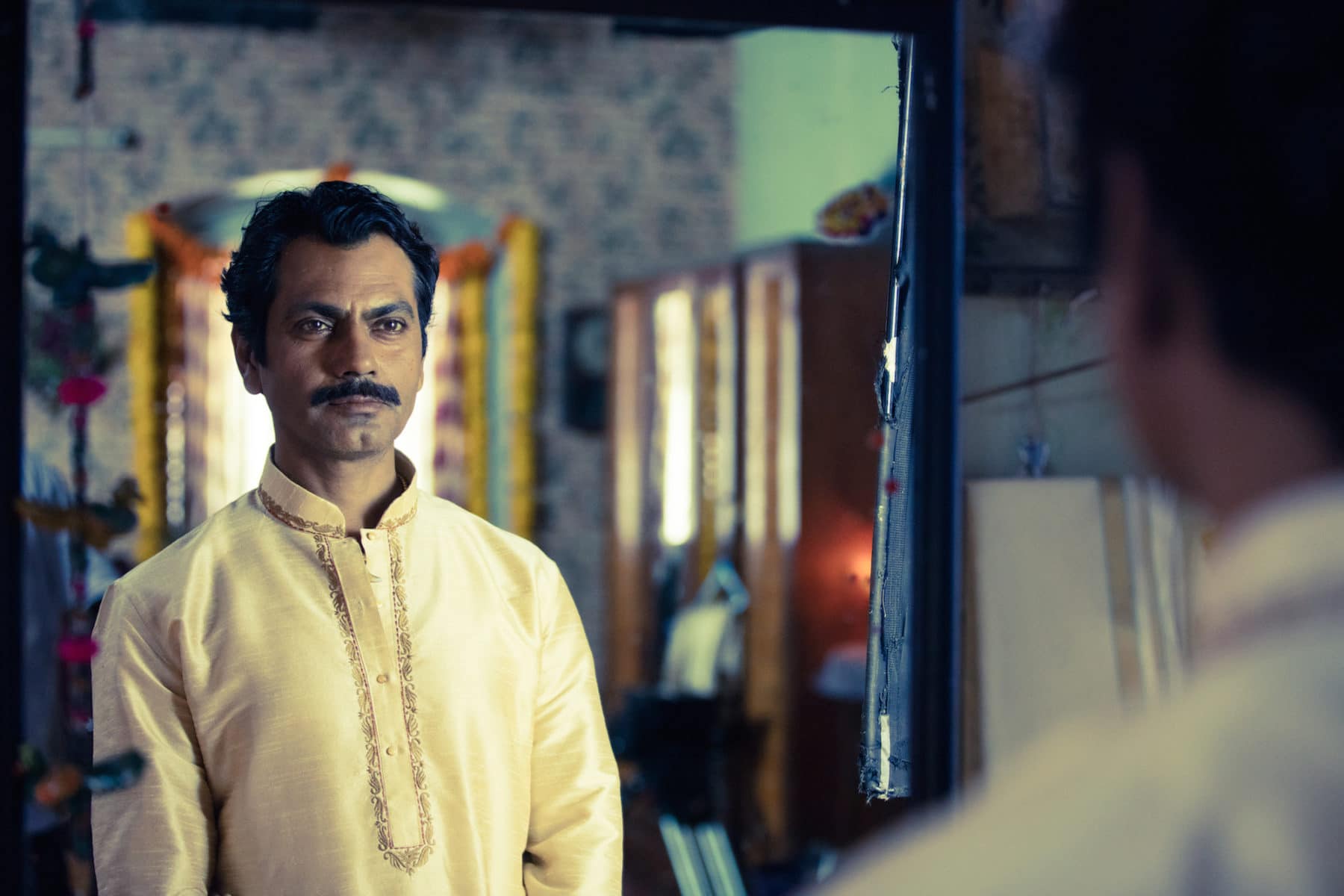 From the clarinet to the rubab and the saxophone to the bouzouki, the diversity in the instruments used in Sacred Games creates a riveting effect leaving the audience entranced by the indefectible variation. Talking about her favourite instruments, she says, “I am in love with the cello. Despite learning the piano, I somehow automatically start writing for the cello. I also think of electronic instruments and ethnic world instruments a lot”.

Dasgupta has also composed four original songs for Sacred Games so the obvious question is if she would be interested in composing a full-fledged album, the traditional Bollywood way. “I don’t mind composing songs and would love to do that as well. I have never personally differentiated it. I have done more scores and naturally geared towards instrumental more and vocals less, but it’s all music for me. The visual has to inspire me. I am very interested in writing songs for myself as well. However, I am aware of the industry’s notion of the two separate worlds, in Bollywood films especially”.

Despite the odd Sanju here and there, over the last few years, there has been a shift in taking background scores more seriously. The shift has been on both sides and films like Trapped, reliant extensively on music that doesn’t come in the form of songs, are an important part of this. Alokananda agrees. “Filmmakers are intelligent enough to realise that the audience is intelligent and doesn’t require spoon-feeding. There is a concept called original soundtrack and people do go to YouTube to listen to just that. The soundtrack is also music, it’s not just the songs. There are directors who understand it and there is an audience who understands it. It’s good that things are changing”.

Will the OST be released independently? “I haven’t heard about this from Netflix yet, but I really hope they do it,” she clarifies.

She has managed to find a lot of new fans after this outing. Where will we be seeing her next? “I just finished my father’s film. I’m also working on a short film. I am a little overwhelmed right now, I will take a breather”. Needless to say, she has earned it.