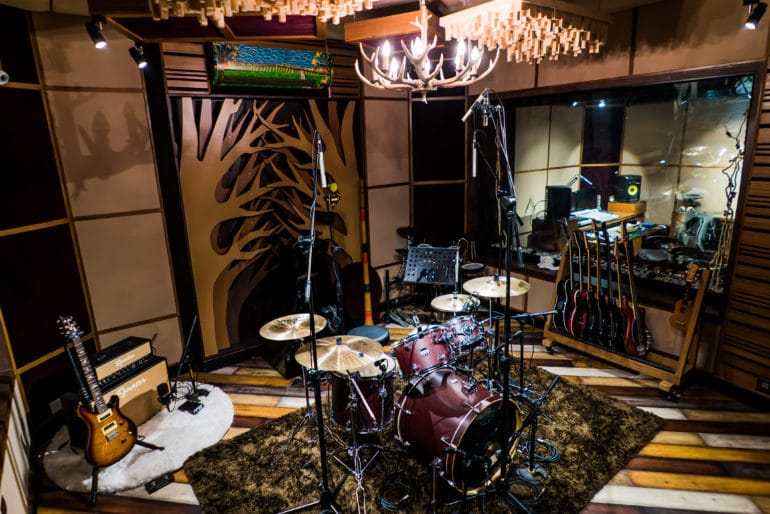 Ferris Wheel Studios in Gurugram has hosted some of the biggest names in the independent music scene including Indian Ocean and Parikrama. Established by Mukul Jain in 2006, the studio has since become a haven for quality music production, emerging as one of the best facilities in North India in recent times.

Mukul talks about what goes into music production and the nuances that can often go ignored by a casual listener, or even an up-and-coming musician.

Talking about the role of analogue gear in recording, Mukul, the chief engineer at FWS said that music, when performed by an artist is never perfect. “This imperfection is what brings warmth to sound, or you may say ‘the human element’. Analogue gear accentuates this human element as it uses actual physical properties of earthly materials on a circuit to saturate, amplify or modulate the sound that is recorded.”

This is very different from digital or ‘virtual’ processors, where algorithms are designed to emulate this warmth using bits on a software.

“Sometimes the absolute digital perfection is what you need, but for most music that is performed and not sequenced, analogue processing improves the colour of the sound in the most natural way. So the role of the analogue gear is to modify the recorded sound, without taking away the warm human element from a performance,” says Mukul. 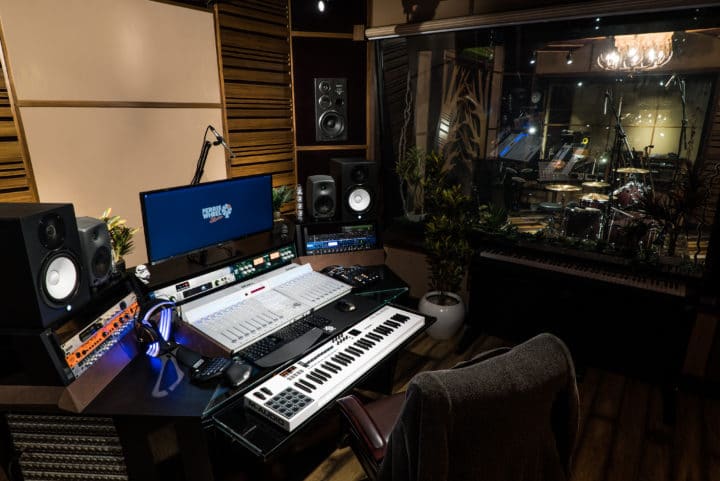 When asked about the predicament of choosing when to go analogue as opposed to going digital, Mukul says, “The first thing that decides this, unfortunately, is the budget of the recording. Analogue gear and the process of using it is more time consuming and hence heavy on the budget of an artist. I always encourage analogue processing for an original song over cover recordings, and emphasise on vocals the most, since the first relatable aspect of a song is the voice. Absolute perfection from a digital compression will add a bit of unnatural ducking. Whereas an analogue compressor will heat up its circuits using the force the singer is singing with and present a pleasant transparent output”. There has been a surge in demand of ‘loud mixes’ in recent times and to that end, Mukul says, digital processing helps in achieving the goal.

“A bass guitar, for example, would benefit more from a digital compression if the master recording is expected to be extremely loud. And reverbs have no choice but to be emulated, as creating an echo chamber requires real estate and one echo chamber does not work for every song in the modern era, as opposed to the great halls where classical music is performed and reverberated naturally,” he adds.

The ace engineer also went on to explain the kind of mic that should be used. “We first analyse its natural loudness, size of the sound source and timbre of the sound. The larger and louder the sound source, the larger the recording space must be for the sound to breathe and not be trapped in.” He gives the analogy of how the voice gets muffled when speaking through a party mask as it does not have enough room to breathe. Weaker high frequencies tend to diminish and the more powerful low frequencies resonate within the small space making the voice dull.

“We also take into consideration the dynamics of the instrument. Since the acoustic guitar’s loudness can vary greatly on the performance and style, we would prefer using a sensitive condenser microphone as opposed to a spring coil dynamic microphone which works well on loud sources like drums or percussion,” he says.

A drum kit, on the other hand, is a large and loud sound source that consists of all audible frequencies all the way from the low subs to the high sizzle.

“Micing a drumkit is an art that comes with practice and needs a variety of microphones to get the right sound, but you can be absolutely sure that a much larger space with high ceilings will be the ideal space to record such a sound source,” adds Mukul.

Shedding light on what comprises a good mix, Mukul explains, “Every song is a story, a good mix is one that does not come in the way of that story and presents it in the best way possible”. 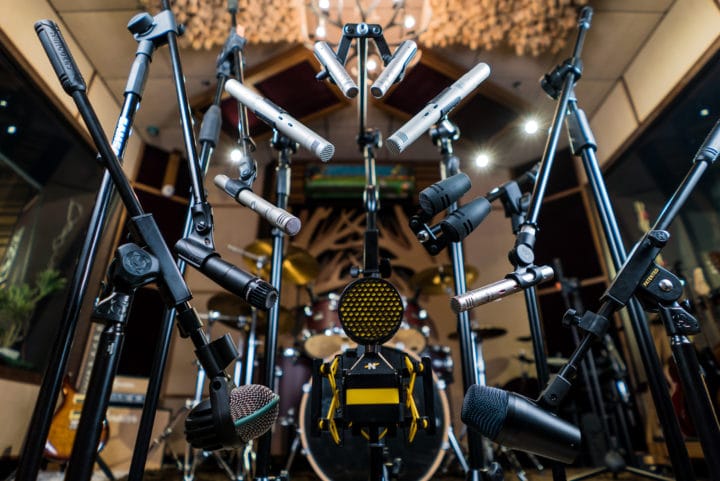 A club song will need a consistent bass and rock will always benefit from some punch and attitude. A great mix is one that supports the story. “Imagine watching Godfather in full-color HD or Transformers in black and white, just doesn’t sit right even in our imagination. Finding the right balance in the frequencies of each instrument and in the stereo space greatly helps the song to create a strong mental image. That is why great songs that are mixed well even from decades past continue to paint that memorable imagery every time we hear them. The Beatles, Michael Jackson, the Doors, Ray Charles, they may lack the sonic clarity when compared to today’s productions, but the mix is true to the song and helps in making the stories immortal,” he says.

Abhay Sharma, saxophonist and frontman of the Revisit Project spoke about the band’s experience of recording at the Ferris Wheel Studios, and how the space and support staff has literally changed the game for all musicians who wanted to produce a song. While noting that the entire studio team comprises professional and brutally honest producers, he added that the staff ensures a musician’s record sounds the way it should. The Revisit Project finished its first album in around 12 months, but it involved only seven days of tracking and another eight days of mix master sessions. “They are swift, careful and most importantly mindful of the time and efforts you, as a musician, are putting in”.

Abhay’s endorsement of Ferris Wheel Studio doesn’t seem misplaced when you hear Mukul Jain say, ‘There are technical standards to follow, but from a creative perspective, one must always put the song above the sound”.