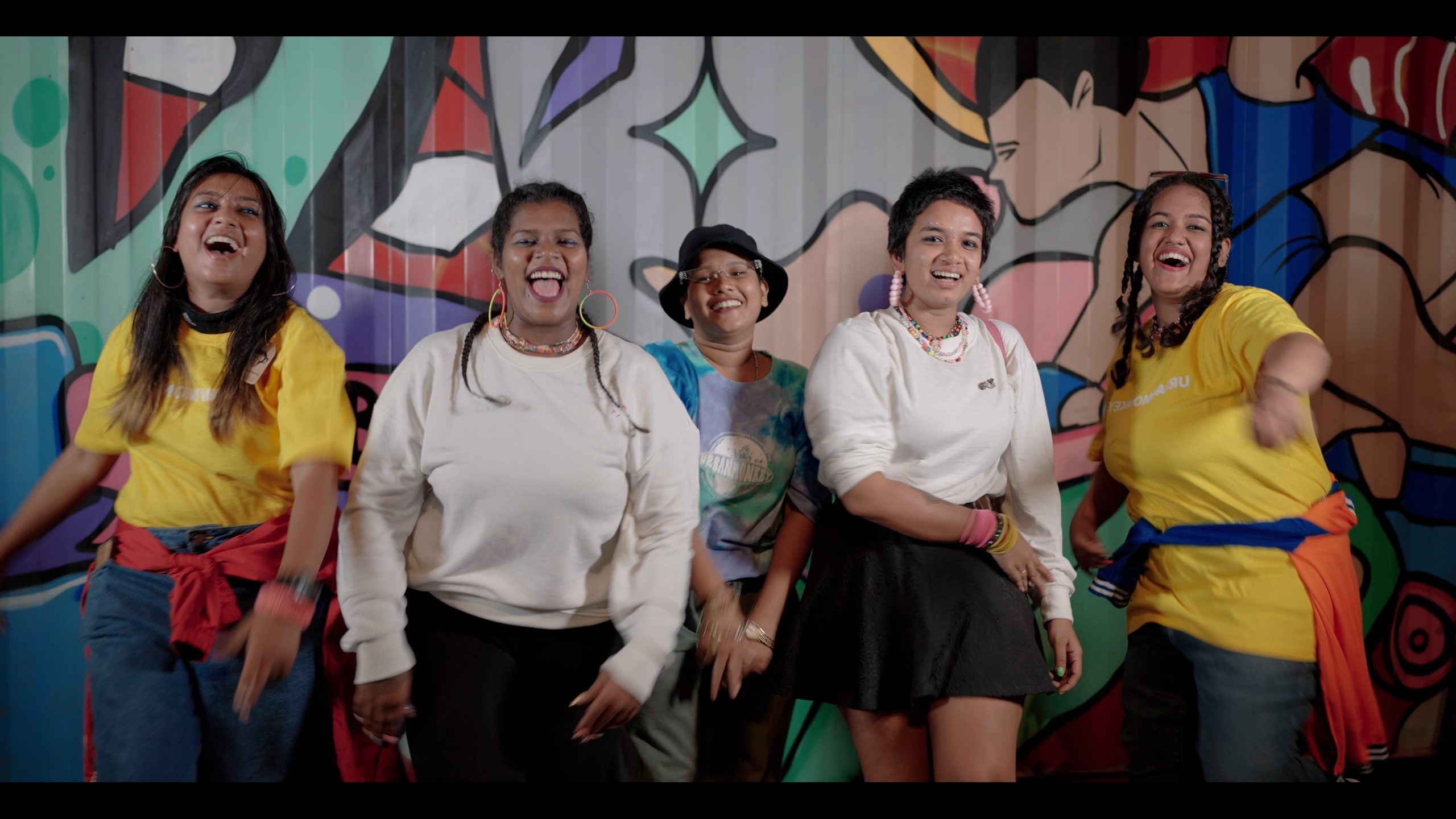 When Jacqueline aka JQueen of Mumbai rap group Wild Wild Women (WWW) asked her crew to play at her sister’s wedding, she never expected the gig would become one of their defining performances. Not just that, it would remind them why they came together in the first place and bring them closer than ever.

The women found themselves on stage in front of a thousand of Jacqueline’s extended family and others mostly unfamiliar with rap, let alone any idea of WWW. However, they were left grooving and snapping their fingers. Following the performance, JQueen’s mother, a woman of a few words, kissed each member on the cheek.

They have similarly won over listeners with their blend of candid yet empowering verses, earning co-signs from fellow rappers like Tienas, who was a collaborator on their debut 2021 cypher, ‘I Do It For Hip Hop’. And now, WWW have announced they are here to stay with the bright and commanding ‘Game Flip’, which tackles glass ceilings in rap and elsewhere.

“It challenges people who say they don’t believe women can be completely independent, have their own views, skills, and work in equal capacity as any humans would, gender aside,” said the artists in a statement. Crafted by Pratika who doubles as a bass player, the infectious ‘Game Flip’ instrumental blends elements of breakbeat, funk, and afro percussion, bucking the “typical trap, pop, or old-school sound” they had grown tired of hearing.

Along with the variety in background, styles, flows and skills helmed by WWW, they also represent a diverse range of languages between the five of them—spanning Tamil, English, Marathi, and Hindi bars.

Doing so allows them to reach a wider set of listeners, but also helps re-contextualize rap as a genre that can be Indian for the uninitiated. It’s also about balancing the natural instinct to emote in their mother tongues along with the skills they’ve developed as an emcee.

The rap outfit now also has a streamlined lineup, following the exit of Demyth—leaving five rappers (founders Krantinaari, Pratika, JQueen, MC Mahila, and Hashtagpretty). “What matters is that the platform helped someone get noticed. WWW is about building a community, even if that means everyone doesn’t stay with us forever,” they add.

The crew made use of the pandemic closures to streamline their operations, forge their relationships, and get on the same page. Nearly all members balance their roles in WWW with full-time jobs or college coursework.

“We are in total eight people, including two dancers and a graffiti artist. For all of us to meld our schedules and make time to meet on a particular day, it’s not like a band who just books a jam room, and they’re good to go. We are from very different walks of life, with different artistic practices, and different viewpoints,” they explain.

Over the past year, WWW have developed a DIY system to manage their work outside of writing rap verses. Though it wasn’t intentional, they handle logistical and other miscellaneous pre-production tasks like scouting locations, wardrobe, project management, design, and more between themselves.

“We just happened to be able to manage everything among ourselves. This gives us more creative freedom to trash or encourage certain ideas, improves our skills in areas outside of music, and helps us bond,” says Krantinaari.

Beyond artistic and creative cross-pollination, they found comfort in each other–sparking a unique collaborative equation they say would be unimaginable with male counterparts.

“Before WWW, all of us were always working with guys, and getting guidance from them. And somewhere that determined our abilities and the limits of what was possible. But now, all those boundaries have been broken,” says Hashtagpretty.

And this understanding extends into other areas, beyond music. They value each other’s company, even when the conversation is not centred around songwriting or music—or even if there’s no conversation at all. “There are random moments where everyone’s eyes get watery. Like, looking at Preeti (Hashtagpretty) I’ve learned how to be comfortable in my body,” adds Jacqueline.

“We are more than just a crew, we’re an extension of each other’s lives,” says Pratika.

MC Mahila recalls going from a shy young woman to a confident and outspoken artist after the release of ‘I Do It For Hip Hop’. Seeing the neighbourhood praise her music allowed her father to witness first-hand how rewarding his daughter’s pursuit of music could be, and in turn, be more forgiving when it came to curfews and restrictions.

WWW promise more collaborations in the pipeline with each other and others from the industry. Other initiatives include partnering with menstrual health non-profit Project Baala for a sustainable sanitary napkin distribution and awareness drive around Mumbai.

“There are many curious girls who message us asking how we do it. We can feel the potential of how limitless this is. There is so much we can do not just for each other, but the women in the country and in the world,” they add.