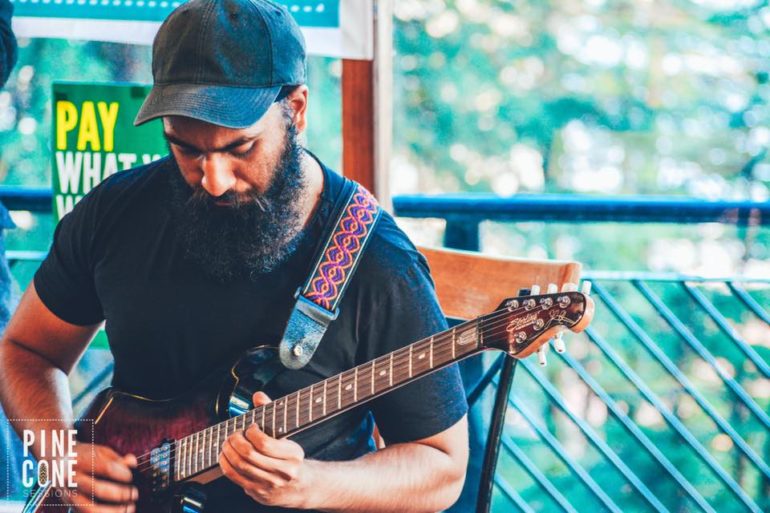 Sutej Singh first learned about a guitar after his cousin introduced him to Led Zeppelin and Pink Floyd when he was in the 10th grade. Before that, rock music was an alien concept for him. He then asked his father to buy him a guitar, and through YouTube, taught himself how to play it.

He started learning Pearl Jam and Iron Maiden guitar solos and got to know about Dream Theatre, which introduced him to progressive rock. “I bought my first electric guitar in my second year of engineering, and I think that changed the entire picture for me,” says Singh.

You’ll be hard-pressed to argue with that. Fast forward to 2018, and his debut instrumental album The Emerging has topped the Apple Music rock chart in India.

“It was totally unexpected for me. I wasn’t expecting it to be that well received. It was just a home-grown thing for me – I was doing it for myself,” says Singh.

He adds that it was only after he received more funding and a bit of professional help that he realised that his work had potential. “The release was quite big, and getting the Apple Music feature –  I can’t explain it in words,” he adds.

Based out of Solan in Himachal Pradesh, Singh wrote the music for The Emerging between 2015 and 2016, while simultaneously recording snippets.

The album art, done by Sushant Vohra, describes the emotions of a person, according to Singh. “From the outside, he might be a tough guy, but the inner emotions say something else which he doesn’t show to the world. The Emerging means an emerging of those emotions that are hidden underneath a person, but come out at particular points in time,” he adds.

The collaboration between Vohra and Singh happened after two previous designers Singh reached out to failed to materialise, but Singh says he has no regrets, and that he received rave reviews for the same.

“In 2014, I was giving my exams, and all I could think about was music. I started writing instrumental music for a prog band back in college, but I’ve always wanted to do something on my own,” says Singh, who often bunked entire college days to sit with his guitar and make music.

“Being an instrumental album, I wasn’t expecting it to reach out to so many people. It’s still unbelievable for me, how far it has reached!” adds Singh.

Currently, Singh is in the process of recruiting musicians to accompany him as he begins to plan his tour. “Finding musicians that play these particular parts of the song is quite tough right now. But I’m sure we’ll be going live soon,” Singh says optimistically.