One hot summer afternoon, six-year-old Anirudh Varma was found fiddling with his grandfather’s harmonium. The young boy asked him to push the bellow because he couldn’t press the keys at the same time otherwise. It was when his uncle walked in and heard the young boy play a piece of music by merely listening to it, with no prior formal training, that he suggested that Anirudh pursue music.

In his follow up full-length album, Anirudh steams ahead, taking upon the role of a composer. “My debut album Perspectives is an attempt to bring together a community of musicians, and their diverse musical sensibilities and work in a space that would allow them to explore their perspective and identity within the context of contemporary Hindustani Classical Music,” he says. Anirudh would use his influences as a pianist and approach classical ‘ragas’ or compositions with an alternative frame of reference.

When an art form opens itself up to a multitude of influences, it allows itself to reach out to a wider audience. He states, “This is the idea behind Perspectives, wherein the album focuses on the contemporary shape and representation of Hindustani Classical Music, using sensibilities from world music, with a great emphasis on Western Classical Music.”

The project started in early 2016 when Anirudh contacted a few musicians from the Delhi circuit to see how they could contribute to the first track that was being worked on – ‘Colours of JhinJhoti’. This became the primary driving point of the entire collective – how different artists brought in their perspective and colour to his repertoire. “I wanted to bring in a fresh and new energy to every song that was being worked on,” he further adds.

Anirudh’s album features a whopping sixty-five artists from across the country. Contributors to the album include veterans, such as Pt. Sarathi Chatterjee, Ahsan Ali, Pavithra Chari and Ritesh Prasanna to name a few, as well as a talented array of younger artists. “To be honest I didn’t realise when the number of artists on the album and the collective became sixty-five. It was only when we began to compile all the documentation of the album, did we realise that we’ve hit that number. I have always wanted to work with a big team and in a collective format. Since my time in school, I have been playing with various bands and have been acquainted with artists from in and around the Delhi music circuit,” he laughs.

The initial ideas for all eight tracks were born of Anirudh’s creative – but the genesis of the idea had varying sources and timelines of completion. For instance, the track ‘Shankara’ had its origins in an informal college jam and took five years for it to become its present version. ‘Ahaliya Bilawal’, on the other hand, was more in the nature of an instant compile. “I heard the original bandish in the classical form a year ago and began work on it two weeks before the album went into production.” 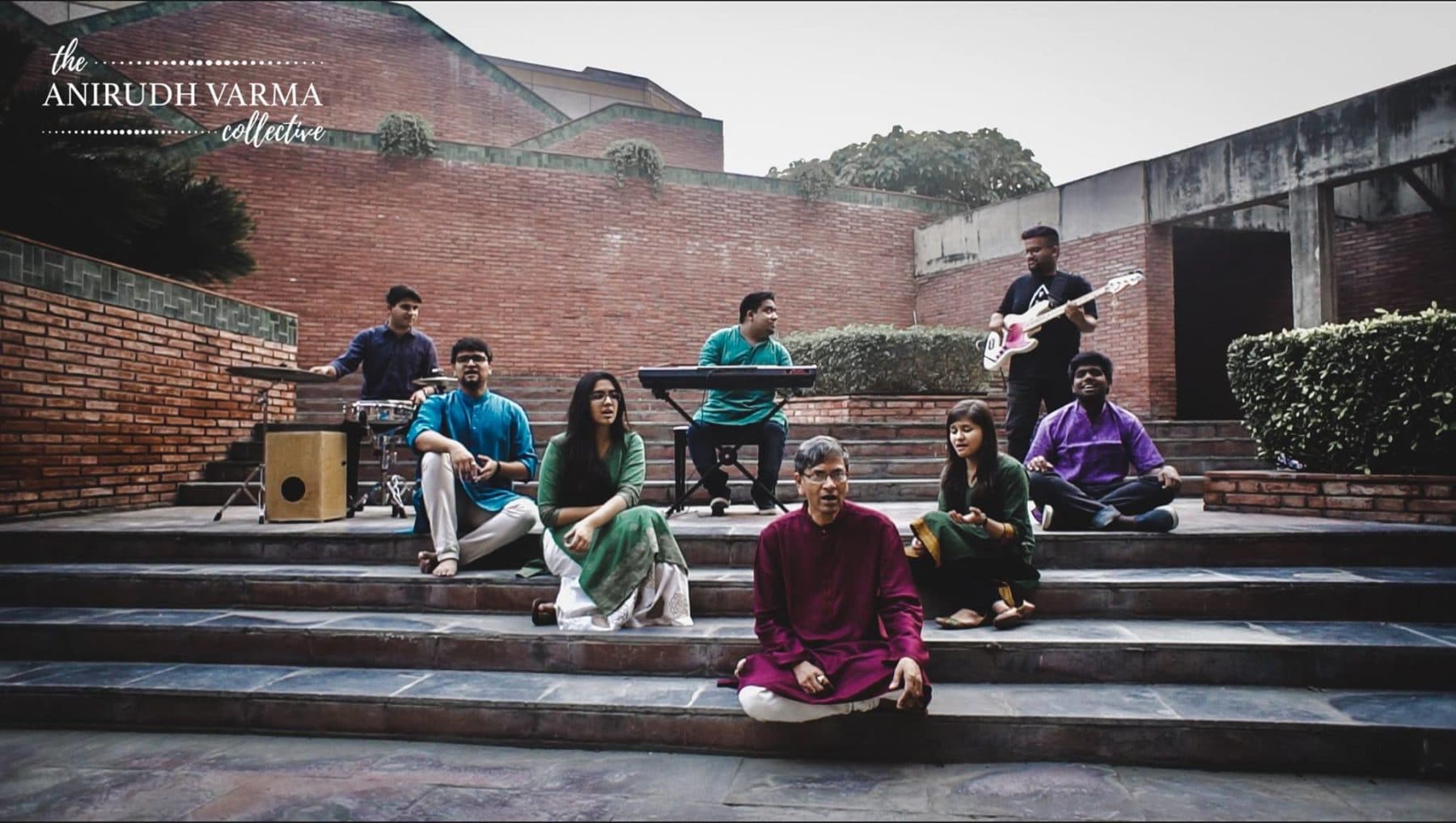 Anirudh’s journey from musician to composer has taken a sharp turn. The one major difference between the EP and the album has been the overall sound. “The EP was my expression as a solo pianist, and was an entirely instrumental compilation, not featuring any guest artist. I wanted the jump from the EP to the album to be a drastic one. The EP took much less time to complete whereas the album took almost two years. The one thing that the album taught me was to be patient with the entire process since I was collaborating with such a large number of artists. Creativity is a slow process – it cannot be pushed,” he intones.

The inspiration behind these arrangements was to try and portray these compositions in a way that Anirudh envisioned them, but moreover how every single musician on this album interpreted them. “We discarded a lot of ideas, which felt deliberate and reworked on some of the tracks even towards the final production stage. All eight tracks are a representation of the sixty-five musicians who’ve contributed to this record and project.”

Anirudh is currently in the midst of finalizing dates for an India tour, and also planning and curating a few exciting shows in collaboration with dancers and theatre practitioners. The team is planning to release their fourth music video from the album sometime in early July. Apart from this, Anirudh is going to be hosting another production at the end of July or early August, featuring about 25-30 musicians.