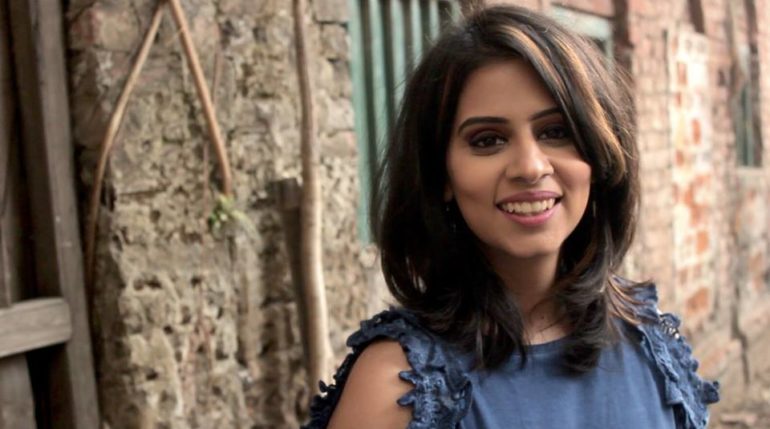 Amanda Sodhi was brought up in America before she moved to India and began her professional life in Mumbai. Belonging to a traditional family, all she would listen to during her childhood was Hindi and Pakistani music and a little bit of jazz that her father would play on the radio. At the age of four itself, she knew she was going to follow a creative path in the future.

In India, she has worked with different bands and also performed as a solo artist. As a singer-songwriter, she has independently released three fairly acclaimed singles, ‘Puppet Life’ being the latest one. With the video for her latest single, she tries to show how we are all puppets in destiny’s hands. “I was keen on showcasing the sort of rut most humans get into through the video. Friday Night Originals did an excellent job of finessing this theme and taking things to the next level with the final video,” Amanda explains.

So far, she has tried to put out a full-length album twice, but it never materialised the way she wanted it to. KJ Singh, who heads indie record label Asli Music, has played a very important role in her career in the last six years. When she was in a band, she took the help of Ashwin Srinivasan (vocalist, flautist) and KJ Singh to record an album but they ended up disbanding. After she went solo, she turned to DJ Suketu who connected her to Prateek Gandhi, the producer of her first single, ‘Behind My Sunglasses’. She also mentions Suvromalya Mukherjee who worked with her on ‘Puppet Life’. She says, “he understood my vision for the song immediately and breathed life into it.”

Having worked in the industry for so long, she knows the struggle all too well. “Fronting a band is very stressful when you have to handle different personality types and coordinate so many schedules. Fronting a band as a woman can be especially difficult when dealing with male egos. Being a solo singer-songwriter is easier, in comparison, because you are only dealing with one music producer at a time – although, that can also be a process of trial and error,” she elaborates.

Even though the country is opening up to independent acts, it is still a long way before indie music becomes a staple in India. She goes on to talk about the difficulties of making it in the current scenario. “What I see happening is that ultimately most bands and singer-songwriters will contribute to film soundtracks because it is very difficult to survive as an artist only churning out originals in our tiny indie scene. In fact, this has already been happening for a while. Bollywood offers a huge platform. The amount of visibility one song in even a flop film will offer you is way more than a normal band can pull off with a DIY low-budget marketing plan. Once you build a following for yourself through Bollywood, a lot of audiences will also follow your independent music.”

She continues, “anyone getting into music should be aware that drugs, sexual harassment and sexism are definitely rampant. People with a lot of money and the right connections do sometimes buy their way through, as well. It is important to have a lot of patience for things to fall into place, if you don’t want to take any shortcuts. Persistence is extremely crucial. Most importantly, don’t put all your eggs in one basket – find an alternative career path you can juggle until music pays the bills.”

Besides music, Amanda turns to other artistic platforms like theatre and filmmaking now and then. She also runs a startup called Pen Paper Dreams, where she tries to correct the lousy experiences she has had at gigs through workshops. Talking about her startup, she says “I conduct creative writing, poetry, travel writing and postcard writing workshops, as well as poetry and music open mic nights. I have made sure my own open mics are more of a mentoring program for budding artists – we provide demo clips to artists and detailed feedback after each performance, as well as prizes and certificates.”

Among the film projects she has worked on, one of the celebrated ones is Life! Camera Action.. for which she wrote the script. She had written the script for a short film, which was then expanded and turned into a full-length project. “While I don’t think this film really represents my work as a screenwriter accurately, or even my film sensibilities, I cannot deny that it was an amazing feeling to see something you were a part of right out of college end up achieving such amazing feats at film festivals around the globe. It felt surreal.”

Amanda Sodhi now has a set of 25 original songs and hopes to work on releasing an album sometime next year. She is working on a Hindi song with Drishyam Play. Additionally, she will be releasing another solo single, ‘I Don’t Write Sad Songs Anymore’ – the first happy song she has ever written for herself.

While she tries to build a strong following for her music and finds an artist manager, her eventual goal is to quit the content writing projects she has taken on and focus on music, filmmaking and expanding her startup. “I would love to be a part of both the Bollywood music industry as a vocalist-lyricist and side-by-side churn out original songs and do shows where the audience actually wants to be there to hear me,” Amanda says hopefully.