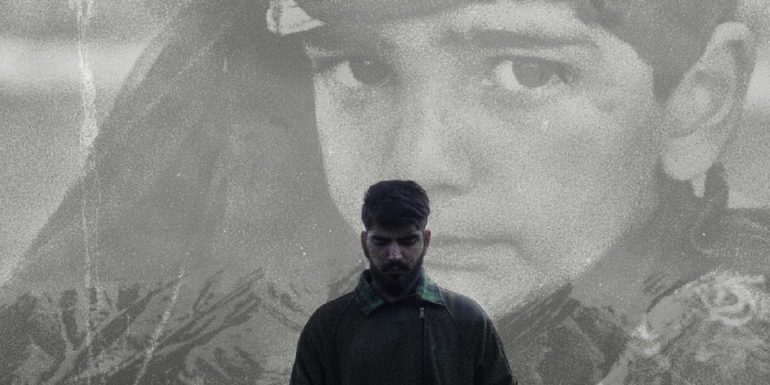 In one of the aptest and idiosyncratic promotions to an album release, Azadi Records, hip-hop focused independent record label, uploaded a video across its digital channels in June. The video was a commentary on the state of affairs around the slogan ‘Azadi!’ The faceless Kashmiri man featured in the video, enraged with the hypocrisy around the outcomes of the slogan depending on one’s identity, ends his statement (in Urdu) with “Such an Azadi is a disgrace. Fuck Azadi Records.” Conceptualised by Azadi Records, the video had a couple of intentions: to extend the build-up for the debut album of its newly signed artist Ahmer Javed, and to reassure its audience that the label would go to any extent (including taking a dig at itself) to promote the larger cause: socially and politically conscious hip-hop. A month later, on July 5, the label released Ahmer’s highly anticipated album titled Little Kid, Big Dreams, a poetic and Urdu dominated record that further enhances the label’s identity as a bold entity.

The rapper does not waste time in introducing the listener to the central theme of the album. The opening track ‘Sifar’ acts as the prologue to storytelling that will cause unease as well as question your privileges. Not a concept album per se, however, this eight-track stunning effort passes through distinctive phases that defined the rapper’s journey and eventually does a similar job.

“There has always been depression in the air,” describes Ahmer over the phone, whose stories and emotions around his struggles form the DNA of the album. “Almost every kid in the world looks forward to school vacations or stuff, but in Kashmir, we have always felt caged, despite this being our only home,” he says. For someone who started writing music towards the dawn of 2012, Ahmer travelled the same path initially as most desi rappers do. It wasn’t until last year that Ahmer figured out a more concrete action and approached Azadi Records’ co-owner Uday Kapur with a self-produced EP of the same title. “I approached the label last year with an EP and began working with Sez. Only two tracks remained from that EP in the new album – ‘Uncle’ and ‘Galat’ – that Sez thought good enough,” says Ahmer. Released last week, the album enjoys production duties Sajeel Kapoor aka from Sez On The Beat, the record label’s ‘backbone’ and go-to producer for its releases. Ahmer travelled to Delhi for the recording and production of the album and the camaraderie with Sez can be judged with the fact on how the album was planned and how it turned out to be. “It was supposed to be entirely in English,” informs Ahmer, before turning it into Kashmiri-dominated record on Sez’s recommendation.

You guys will be put behind bars

Kashmir continues to divide the political narrative in the country: ones on the right of the spectrum feel aggressively protective about it, whereas the ones on the left continue to be empathetic about the entire situation. Amidst this ideological chaos, the ones living in Kashmir feel tired and defeated. All of this and more constitute the underlying theme of Little Kid, Big Dreams.

Throughout our interview, Ahmer revisits memories that shaped this album, picking out some episodes that eventually turned into these eight songs in LKBD. One of the songs in the album comes through what Ahmer describes as the darkest moment in his childhood. In the third track of the album, titled ‘Uncle’, the musician pens down an emotional tribute to his uncle, Ajaz Ahmed Dar. Dar was one of those who revolted when Farooq Abdullah emerged as the victor after the controversial 1987 Jammu and Kashmir Assembly election. He was a man whose rebellion creates conflicting opinions, years after his death. The entire episode left the rapper’s family with a bitter and proud feeling about his uncle’s participation for Azad Kashmir. Dar’s death (or martyrdom) acted as a catalyst to stop any member from the Javed clan to walk in his footsteps. Ahmer’s father even advised and warned the label’s co-owner, Uday Kapur, that there could be repercussions following the album release. “You guys will be put behind bars,” he cautioned the rapper who has now become far too familiar with such warnings.

LKBD is nothing short of an announcement. An announcement that suggests Ahmer, unlike a few of the rappers that inspired him, is here to stay. From collaborating with Sez On The Beat – quite possibly the most acclaimed producer concerning this genre – to trusting an independent record label like Azadi Records with the ‘other’ duties for better sailing, Ahmer has been ‘strategic’ about his debut release. In an ecosystem where a hip-hop song is churned out every other day, finding a space that encourages your ambitions must be a rapper’s primary concern, and this ‘little kid’ knows that.

If your introduction to any hip-hop from Kashmir began with MC Kash, then ‘Roushan’ – the skit before ‘Kasheer’ – acts nothing less than nostalgia for the ones who miss the estranged rapper. Ahmer pays tribute to the now inactive rapper with his excerpt from an interview describing the constant threats and intimidation he faced because of the anti-establishment themes in his music. “Sure, MC Kash did not mince his words, but he was eventually treated like a stone pelter or something,” explains Ahmer who used Roushan’s excerpt as a prelude to ‘Kasheer’, the most hard-hitting lyrics that LKBD has to offer. “He was a musician who wanted to tell Kashmir’s story, and that was all,” emphasises Ahmer expressing anguish over the treatment that MC Kash received during his artist-activism days.

In the song titled ‘Elaan’, Ahmer leaves no stone unturned and enables the album’s only vocal collaboration with label-mate Prabh Deep. Ahmer’s calm and composed delivery will never find a place in ads, radio or even brand collaborations thanks to its lyrics, but it will genuinely remain independent. His words could be a bit on the nose, one might argue, but in an era of loud anchors, this is the only way a message can be heard. “And that is exactly what I aim for,” replies Ahmer upon asked if his message could lead to more isolation. “Ever since the release of the album, the kind of response I have received is quite heartening. I am not in this for glory. The urge to become famous dies down.”

Just like MC Kash, Ahmer has a lot of stories to tell. However, unlike MC Kash, Ahmer is a strategist. “I will be smarter with the releases, the lyrics, as I hope to create an impact that will last longer,” confesses Ahmer. Digging deeper into LKBD, and one understands how Ahmer has already started with the act.

Ahmer understands this record will either be acknowledged for the stories of the martyrs (of Kashmir’s fight for independence), families and kids, their incomplete dreams and broken aspirations and the tragedy of being a Kashmiri artist or be refuted for “unnecessarily pushing an agenda”. Hence, he does not bother a bit and ensures a commentary on as many personal and honest encounters as a kid, a teenager and a young adult in the most militarised zone in the world. “I grew up in the part of Srinagar, where I had to cross army bunkers to reach the school. The area was always deeply monitored. One day, during a shutdown, army jawans started beating up my brother for no apparent reason, and they did not stop until enough people gathered and opposed the brutality,” recalls Ahmer about the direct and discouraging engagements with the military.

The social and psychological impact of the multiple crackdowns, curfews and the ideological fight has come with a hefty price. “There’s a rampant drug problem among the Kashmiri youth today, and honestly, it’s saddening,” admits the rapper who identifies himself as a defeatist, but “an optimist in the studio.” No wonder does Ahmer use Kasheer, a song to talk about the wounds inflicted by a prolonged war and the other side of the Kashmir’s current state: the lack of unity among the masses, through metaphorical and blunt verses. For example, one line translates to “We are born in crackdowns, we die in curfews, we are governed by bears in power, who are hibernating.”

The title track ‘Little Kid, Big Dreams’, saved for the last, once again does not complicate the flow of the album and one cannot help but compliment Sez on his ability to enhance vital and dark commentary like LKBD. The record is masterfully crafted and undoubtedly puts itself in the league of memorable music of this age. Ahmer describes his experience of working with Sez as unique and essential. “He truly gets involved in the process. He isn’t just a ‘beat maker’. He’s a proper producer who advises on every turn. For example, something as basic as things that would work on the mic: my delivery, accent, pitch, etc., as well as the minor details where we felt the entire record needs to be in Kashmiri and Urdu except for a small part in ‘Uncle’ as Sez believed that fit well into it,” concludes Ahmer.