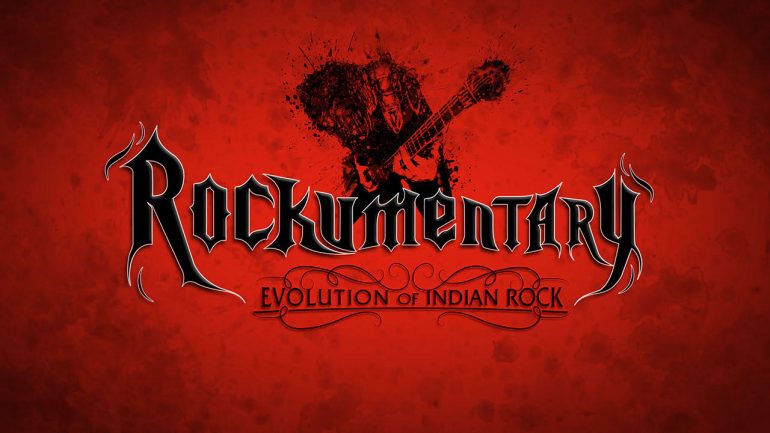 Abhimanyu Kukreja on the stories and music that made Rockumentary

A journalist covering entertainment spots for news channels, Abhimanyu Kukreja has devoted several sections towards rock music venues. Though the going was good for a while, he eventually quit his job to explore other avenues. Feeling like he had more to give towards the music that influenced his life, he began researching Indian rock bands and their legacies. He plunged into a rabbit hole of classic rock, blues and jazz from Mumbai, New Delhi, Kolkata, Bengaluru, Chennai and Shillong. As internet coverage was hard to come by at the time, he had to rely on word of mouth, with one musician leading him to the next. Some even needed extra convincing, with Kukreja meeting them without a camera to win their confidence. As the bigger personalities within the scene acquiesced to being interviewed, word spread faster and lining up musicians got significantly easier. This was in 2008.

It’s hard to begin a conversation about rock music in India without mentioning its roots, some of which embed themselves as far back as the 1930s. Rockumentary pays homage to India and Kolkata’s early affiliation with jazz, with pianist Teddy Weatherford’s residency in the city and his employ of Pushkar Bahadur, later George Banks, father to the Godfather of Indian Jazz Louis Banks.

Kolkata has a large impact through the course of this film. Its contribution centres around the development of Park Street through the decades and live venues peppering its pavements in direct proportion to the city’s interest in the music of Elvis Presley. Simla Beat, the iconic music festival and competition, pointed eyes and ears towards the country’s pre-eminent psych-rock, surf rock and funk outfits like Atomic Forest and The Savages. Atomic Forest played a role back in Bombay as well, playing residencies in now-legendary venues like Slip Disc, while frontman Madhukar Das crossed over into musical theatre with Alyque Padamsee’s production of Jesus Christ Superstar.

Abhimanyu also shines a light on the country’s journalistic coverage of Indian bands, citing early beginnings from The Junior Statesman to the increased structure in publications like Rock Street Journal, particularly with the work of the late Amit Saigal in promoting original music. “A lot of my generation bands who are successful today owe it to that man,” says Abhimanyu. He does take note of independent journalism taking to the internet for a more sustainable model that reaches a bit further.

Subjects for the film’s interviews include plenty of familiar faces with stories centred around their contribution and relationship with the Indian Independent rock scene. Interviewees include the likes of Usha Uthup, Uday Benegal, Loy Mendonsa, Lou Majaw, Gary Lawyer and Luke Kenny—their anecdotes flip-flopping between pleasantly hilarious to thinly veiled damnings. Gary Lawyer brings up an anti-smoking campaign done for Doordarshan still remembered by many. The film takes note of the same changes within the scene, with bands like Swarathma and The Local Train highlighting the power of regional languages in harnessing a wider audience.

Kukreja uses international performances as milestones for dramatic changes within the landscape, such as Led Zeppelin jamming at Slip Disc, Iron Maiden’s first trip to India in the 00s and The Police playing for charity in Bombay’s Rang Bhavan in 1980 while being mistaken for a police band. Rang Bhavan became a fixture and served as the default venue for rock festivals in the city. Along with festivals, competitions and lists are a talking point through the film—Simla Beat in the ‘60s, college fests like IIT’s Mood Indigo. When asked whether all this is relevant in today’s streaming age, Abhimanyu keeps a positive outlook while skirting over the mild damage that such contests cause by creating a sense of homogeneity in the genre. He feels like things will get better once the pandemic blows over, whenever that’s supposed to happen. In direct opposition to him, the film features Delhi’s Peter Cat Recording Co. Frontman Suryakant gently denounces the old ways, holding a band responsible for everything, sonically and visually.

Rockumentary is, above all else, a change of opinions over the passage of time. Fresh-faced idealism of the ’60s moulded by western ideas and movements, to a competitive streak in the ’90s with the stubborn resolve to perform in English, to mature acceptance of different ideas, instruments, and languages in the present day. “We aimed to chronicle how Indian rock unfurled, mainstreamed and blossomed. Bands wrote their own songs, fused classical Indian instruments into their rock music and began to write and sing lyrics in their native languages,” says Abhimanyu. A film seven years in the making, with several of its subjects forgetting that they were ever interviewed, Rockumentary seeks to educate audiences about seven decades of India’s music history. “We want audiences to reignite their love of favourite rock musicians, get curious about new ones and start a conversation at home to explore more rock music across generations,” he adds.

The film releases exclusively across select screens at PVR on March 5, 2021.