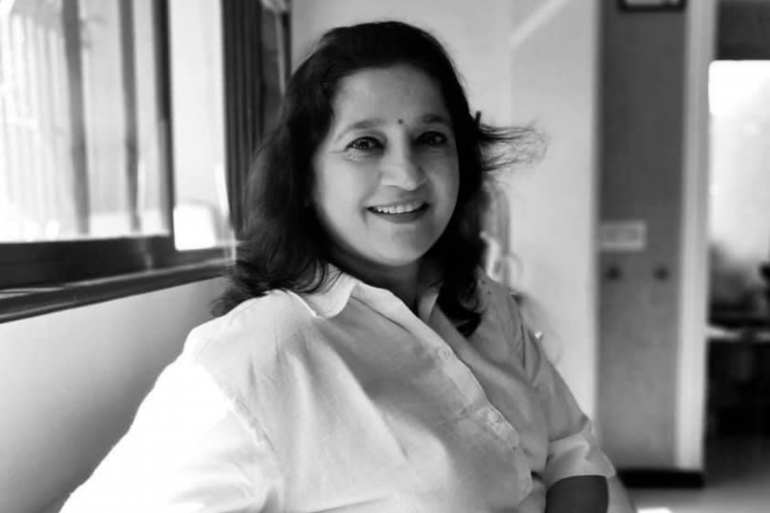 Kavita Seth does not wish to owe her popularity to Iktara, or Bollywood. And with the response she is getting for her work on BBC’s A Suitable Boy, she may not have to gripe about it for long. In a conversation with A Humming Heart, she is positively beaming when she says, “I study shayars, I have a lot more to say and do, and I have created my own world with projects tailored for creative satisfaction.”

So, in the summer of 2019, when British-Indian filmmaker Mira Nair got in touch with her, she was ardent to work alongside the Golden Lion-winning director.  “I was really humbled that it was my online show ‘Main Kavita Hoon’ that helped me bag this project.”

A Humming Heart caught up with the award-winning artist to learn of her newfound status as a music composer for Mira Nair’s A Suitable Boy, and what went into defining the character of Saeeda Bai, a courtesan in the 1950s to whom she lent her voice.

One must begin with ‘Main Kavita Hoon,’ for a panoptical view of Seth’s artistry. The weekly series, up on YouTube, is her personal gallery of music, poems and history, where she composes and performs ghazals based on the works of some of her favourite Sufi poets. Had it not been for this series, the creators of A Suitable Boy would never have been aware of her ambidexterity.

Seth spent 3-4 days recording Saeedabai’s songs which she believes are defined by their minimalism. By June 2019, the five ghazals that embellish the show were recorded at Yash Raj Films Studio in Mumbai, with a small team of musicians on the tabla, esraj, harmonium and dholak, poring over Seth’s compositions based on the poems Nair had chosen.

“I did my own research to emulate the zubaan, tones and styles in which ghazals were composed and performed in that particular period. During the recording, Mira would listen closely and explain the picturisation and context for each song.” When she’d point out any shortcomings, Seth would immediately rework them on the spot, using another raag, for instance. This seems to have impressed Nair enough to suggest that Seth should consider a career in music direction.

“There are many [music directors] in Bollywood who send in ten versions of the same song, asking the producer to choose the one they deem fit. I don’t want to be like that. For me, composing comes organically, and it clicks when I am working with directors like Mira Nair, who have a fair knowledge of music, or Ram Madhvani (Neerja) who are present at the recording studio with constructive criticism.”

Speaking of organic processes, that is also how Seth describes the recording, which took place live without any programming. “This was done to retain the andaaz of intimate mehfils.” Nair was also vehement about retaining the huskiness and grains in her voice, forbidding any touch-ups in post. Sometimes, Tabu, who essays the role of Saeedabai, would come in and observe her movements and performance gestures in the studio.

The bonding camaraderie between the director and the show’s music division, which also comprised sitar virtuoso Anoushka Shankar and music director Alex Jeffes (based in Los Angeles), went on to create a show that is remarkably bound by its music and will add to its memorability. Despite being packed with diverse forms of music, by performers like K. L. Saigal and Orquesta Francisco Canaro, the ghazals were an integral part of the novel of the show, just as it was in the original Vikram Seth novel.

Seth’s mellifluous ragas waft in at tense moments in anticipation of a riot, or tender moments portraying the many romantic dalliances which drive the plot. Interestingly, among the poems that Nair and Seth included in the show are Mirza Ghalib’s Dil-e-Nadaan, Daagh Dehlvi’s Lutf Woh Ishq Mein Paye and Nā-Ravā Kahiye, and Amit Minai’s Mehfil Barkhast Hui, many of which were believed to have been written originally as homoerotic odes. But in Saeeda bai’s singing voice, they seem to speak the universal language of sensuality.

When asked if the reception of eastern classical music is different in the west, Seth expressed her admiration for the rapt and sincere attention of music lovers abroad. “Unfortunately, most listeners here demand a ‘fast number’”, she said, recollecting a few unsavoury experiences at local concerts. But at the World Sacred Spirit Festival in Rajasthan last year, she recalls receiving a request for an encore from mesmerised guests and even acquiesced to perform the next day at their private quarters.

The remedy to this disconnectedness, she believes, lies in recontextualising classical music in the realm of popular music. That’s where ‘Rangi Saari’ comes in. A single, tastefully mixing together thumri and electronica with a vibrant animated music video to boot, it also marks her collaboration with son and musician Kanishk Seth, who is responsible for her growing interest in world music. “My sons, Kavish and Kanishk, have introduced me to Israeli and Lebanese music, expanding my palate from mujra, thumri, qawali and Pakistani classical music that generally populate my YouTube recommendations,” she adds.

In 2018, US-based DJ KSHMR reached out to Kavita, producing catchy dance tracks ‘Mahi’ and ‘Bombay Dreams‘ and releasing them independently. “Not only have these songs garnered immense popularity among Indian fans of the artist, but they also went to open KSHMR’s set at Tomorrowland [Music Festival (Belgium, 2019)],” she gushes.

Thus, despite dipping her toes in so many projects, Seth always makes certain that the global/fusion projects that come along her way, are sincere – with a semblance of the depth her favourite poets have evoked in their works. Even in ‘Tum Hi Ho Bandhu’ (from Cocktail), Irshad Kamil’s words were the catch, she says. For the foreseeable future, Seth just wants to do her thing – expand on her live-in concert series dedicated to the likes of Amrita Pritam, Waseem Barelvi, and Bashir Badi. But yes, the answer to whether the country needs more women like Seth composing music for Bollywood right now, is a resounding yes.