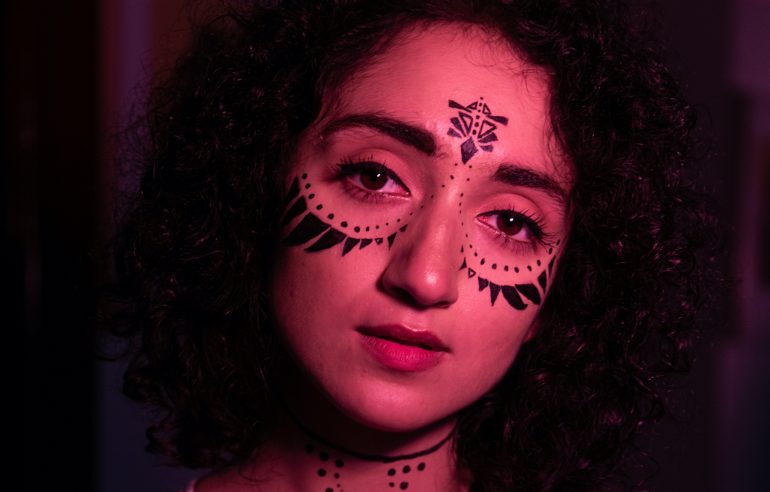 How Sanjeeta Bhattacharya sailed steady in a turbulent 2020

2020 has been New Delhi-based singer-songwriter Sanjeeta Bhattacharya’s year. And it’s a huge win, given how volatile this year has been for musicians. Not only has she been performing remotely, but she has also been releasing a steady stream of singles, each with a distinct flavour and visual identity while collaborating with several indie favourites.

In July, the singer became the newest Indian addition to RADAR, Spotify’s global emerging artists platform. Her emotive songwriting, genre-bending style, and vocal prowess have made her a household name in the independent scene since her debut in 2016. And now, she navigates the growing pains of fame on her newest cross-cultural collaboration, ‘Red’, featuring Madagascar’s Niu Raza.

A celebration of one’s truest identity, Raza and Bhattacharya cook up an easy listening track that’s a breath of fresh air, with airy percussion and enriching washes of sax and trumpet. The track broaches the idea of selling out as an artist: “Followers on Instagram, the paycheck and the fame/I admit I got carried away enough to stain my own name”. The confluence of cultures in the bi-lingual track is reflected in the album art, featuring Bengali facepaint and the floral motifs of Madagascar’s traditional Masonjoany makeup.

With ‘Red’, the Delhi-based singer also debuts her rapping chops. It’s a sound artistic choice since the song’s proud declaration sits well with the mode of delivery. While Raza’s verse is the highlight of the track, Sanjeeta’s bars are an admirable effort.

The initial ideas were born in a jam session with musician Prabhtoj Singh while the pair had been listening to Tom Misch and Jacob Collier. This comes through in the track’s groovy, downtempo feel. The song felt like a “mini-reunion” since it took shape once she reconnected with Raza, a fellow Berklee alum. “I had always admired her voice and how unabashedly herself she always was”, says the 25-year old. She also roped in Berklee’s guitarist-producer Aman Sagar, as co-producer and mix/master engineer. Having followed his work for a while, Bhattacharya enlisted Pranay Parti of Delhi-based band Pakshee on production duties as well. The track was produced remotely across India, Madagascar, and the US, taking only three weeks to complete. “The process was surprisingly smooth”, she says.

The vocalist has previously talked about getting branded as a jazz musician very early into her career. Although her work has forayed into other genres like R&B, soul, pop, and folk, ‘Red’ marks a decidedly new sonic direction. Realizing that the project sounded unlike anything she had released before, she decided to go with a “fully produced” route. “It’s fun to continuously experiment with my sound, it helps bring together all my influences and also indulge my curiosity”, she says.

To complement the song’s energy, the artist also went all out with the track’s equally colourful visual treatment, complete with a dance sequence. The video also features her contemporaries Kamakshi Khanna, Zoe Siddharth, Pratika Gopinath, and more. “I wanted vintage aesthetic, extravagant clothes and a choreographed scene on the back of a truck”, she explains.

Being locked down encouraged the singer-songwriter to wear her heart on her sleeve, more than ever before. And we must admit, it takes guts to check yourself so publicly when you feel like you’ve veered off your path. “It urged me to explore dimensions of my emotions and personality that I hadn’t had the courage to write about honestly, let alone share. What I enjoyed most was that I could express very intense emotions on top of an extremely laidback track”, she explains.

Whilst grappling with outside expectations, she shares that it’s been tricky to come up with her own definition of success. “I feel if I am able to support myself in every way, do what I love every single day in a way that makes my heart happy and I am able to be a part of a supportive community where everyone thrives, I’ll be blissfully successful.”

For now, fans of the singer-songwriter have much to be excited about. Bhattacharya has four singles lined up before the release of her debut EP. Since 2018’s ‘Shams’, ‘Red’ marks her return to experiment with different languages in her work. Future projects traverse Spanish and Hindi and will see the singer-songwriter experiment delve into a variety of styles including bossa nova and classic rock.

Over the lockdown, the singer has also been experimenting with cooking, making more time for herself and, above all, learning to be present.

“There’s always inspiration in what might seem mundane”, she adds.