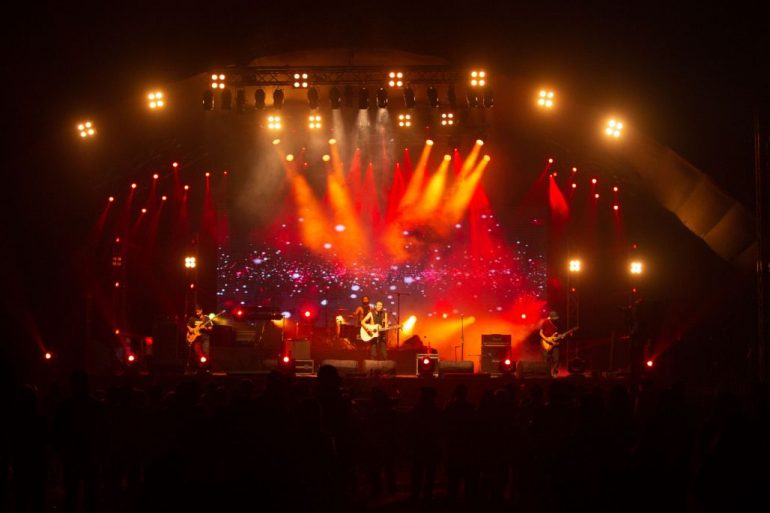 Starting out as a metal guitarist who had chaotic riffs to boot with bands like Aberrant and now The Silent Offensive, Shillong-based Imti Kharkongor slowly moved into talent management and set up his company Emerdjence in 2018. “Everything I learned, I learnt by being this annoying kid who had pressing questions whenever I travelled and met people. I didn’t have answers back then in Meghalaya,” he says.

As a natural step after getting into management, Kharkongor is now plotting to set up a record label to work on a closer level with artists. Currently, managing the likes of hip-hop group Khasi Bloodz, he says, “Artists have approached me for stuff like distribution, marketing plans and music video planning, but I want to grow with the artists I have right now.”

In their neighbouring state of Assam, relatively seasoned scenesters Vikram Kushwaha and Kaushik Jai Barua are already taking the leap with a new entity called No Binary. “More than a record label in the traditional sense, No Binary is more like liquid matter, and we want it to morph into a kind of entity that can innovate new and definitive forms of music and entertainment in India and world-over,” Kushwaha says of No Binary, which has about 25 artists they’re working with.

While record labels cropping up are not new and certainly not even a difficult thing to set up most times, it is something that is yet to be a mainstay in other parts of the country, especially the talent-rich North East of India. Rayhan Ahmed, currently based in Abu Dhabi and artist manager for rising Assamese voices such as Upatyaka Dutta, has been observing most movements in the two states for years. He opines that the slow change is reflective of the rest of India’s changing attitudes toward the seven sister states of Assam, Arunachal Pradesh, Manipur, Meghalaya, Mizoram, Nagaland, Tripura, and their brother state of Sikkim.

He says, “The history of insurgency and cultural aspect fits into the narrative. It’s only now that the rest of India is opening up to the North East. As North Easterners have gone out for jobs and studies, that’s how the rest of India has known more of the region.” This sort of integration has certainly been seen in the music space as well, not just when Meghalaya act Fame the Band moved based to Mumbai or previously artists such as Yesterdrive, Takar Nabam, The Vinyl Records or Minute of Decay made a name in New Delhi, but also with state-funded music festivals like Hornbill International Music Festival in Nagaland, Ziro Festival of Music in Arunachal and ShiRock in Manipur.

Even on a smaller scale, gigs have been a gateway for creating communities, as hip-hop artist Mrinal Paul aka Moksh will admit about how his company MOX aka Movement of Expression became a record label in 2019. “We started off as a collective and started hosting gigs in 2017 – we hosted Enkore, Manmeet Kaur and more.  We sort of built a community around us. When we started releasing our content, we figured that beyond distribution, we could do this as a label and help artists. We were also getting a lot of queries from artists, so we wanted to look into the business side of things properly as a label starting last year,” he says.

Currently, working with a handful of artists and being very mindful of the limited resources they’ve raised independently so far, Paul feels that artist development is the most pressing need. It’s more important than just setting up a label that would simply distribute music. They’re currently working with rapper Banrap Lyngdoh, teenaged artist Youngg Natee and more.

Citing veteran artists like blues rock band Soulmate, Paul says he understood about key concepts like sync (to have your music featured in ads, TV/web series or even films) when he saw it happening for Rudy Wallang and Tipriti Kharbangar, who are managed by Keith Wallang at Springboard Surprises. As a rapper who now runs a label, Paul says the lack of exposure to the outside world is a big hurdle, as well as a possible lack of collaborative efforts between sister states. He adds, “It’s changing now but I don’t think we’re at the point where Spotify would create a playlist for the North East alone, like they’ve created Rap 91 or Bambai Bantai.”

While Shillong and several other states may still feel like they lack resources, Nagaland’s Task Force for Music and Arts (successor to the Music Task Force) has been widely regarded as a keen mobilizer of support for musicians and music entrepreneurs. Asalie Peseyie, CEO and co-founder of Infinity Inc mentions that the company and its artists are all empaneled with TaFMA, which allows them to be in constant touch with the government body.

Infinity Inc launched in February 2018 as a label, artist management company, DJ academy and recording studio. Peseyie has been a seasoned part of the music space in Nagaland since the early 2000s, so he understood the demand that could be sated through something like a label, studio and academy. “The response was surprising, because we had a lot of people wanting to sign up with us,” he says. By their own admission, Infinity Inc took on more than they could handle in the beginning, but they’ve now streamlined and now boast artists like DJ INA, singer-songwriter Kekhrie Ringa, hip-hop artist Moko Koza and more on their roster.

In terms of giving these artists a bigger push as a label, Peseyie says there’s still a snag in terms of garnering nation-wide and international listenership, despite the regular national attention that Nagaland’s music scene has been accruing over the years. “They can be a local star in a short amount of time, if they’re writing great music and performing live. Beyond that, it’s the main challenge. We have connections but getting them there is a hurdle,” he adds.

Over an initial scouring, North Eastern states seem to operate more electronic and hip-hop labels at the moment. While Nagaland’s music store IndiHut has been trying to pivot to general content creators (and is currently on hiatus), it has widely helped distribute music digitally for the likes of the Tetseo Sisters, Polar Lights and Alobo Naga. Elsewhere, GAG Digital Records has been in action since 2015, working entirely with electronic artists and even hosting their own festival called Akampa in Tawang in the year of launching.

The pandemic signalled that not everything can remain static for labels. Gangtok-based UNB aka Yugen Bhutia’s KAUSO Records has been pushing out his own music as well as other artists (Pune-based Rocky Gorkhali, New Delhi-based Nepali rapper GOLi) for three years now. There are over 280,000 subscribers on their YouTube channel, but it’s all independent. “Due to this pandemic, I’m not able to get connected with a lot of artists with whom I was supposed to make a record deal. Also, shows are not happening which is the main source of income for independent labels like KAUSO Records. It’s really a difficult time for us,” Bhutia says in a statement.

Yet, labels such as No Binary are popping up specifically during the battering that COVID-19 has dealt, looking to innovate in spaces of content creation beyond just being a record label of yore. Rayhan Ahmed agrees that the present is just a good moment as any. “Now is the right time to lay the foundation for a musical framework in the North East. Ever since streaming, it has reached the tipping point in some regions like North America and Europe, but in the Middle East and India – it might take four or five years to see the tipping point in some regions of our country. Then the whole market is open to the world.”

Paul meanwhile adds that with a steady education and emergence of different music industry players in the region itself, the North East can become self-reliant. He’s out to make MOX an example of just that. He says, “Us as a label along with other stakeholders from the region are striving for a day when we do not have to look outside of North East for all the elements that make up for a prosperous scene.”