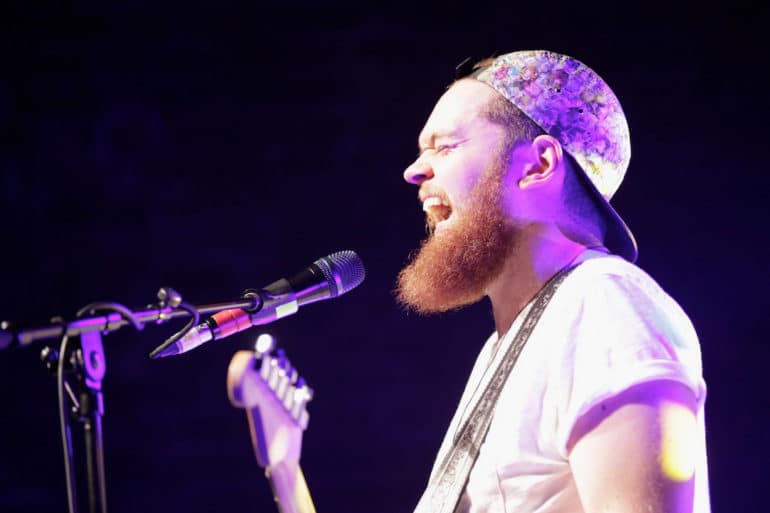 Getting to know Jack Garratt

A fifty-minute time slot at Glastonbury in only his second appearance is no joke. It speaks volumes about the talent and the songwriting skills that Jack Garratt possesses. A multi-instrumentalist out of Little Chalfont, Buckinghamshire, he loved “making noises” in his childhood and equally loved the reaction that he got. So his parents decided to channel his childhood love for making noises and encouraged him to hone in on the talent rather than just show off. He wrote his first song at the age of 12 and learnt to play a variety of instruments such as the guitar, drums, piano to the harmonica, mandolin, and trombone. His early influences included Stevie Wonder, Tom Waits and Jackson Browne.

As a 13-year-old, Garratt tried to be the UK’s entrant at Junior Eurovision with a composition called The Girl. On the night of the national qualification, which was broadcast on ITV2, his song came last. Garratt has since said that his intentions to achieve anything as a musician were wrong at that time, and since then he has had his priorities set. The disappointment did not set him back as he kept on writing while he went to university to train to be a teacher. Signing to an independent label, he then worked on his debut album named Nickel and Dime, which was based on acoustic blues music.

He went as far as playing on BBC 3, as part of BBC Introducing. However, he pulled the trigger and cancelled his album, along with his training. He disagreed with much of what his course taught him, and at the same time lost confidence in his music. He realized that he was writing solely to see the way people reacted to the song rather than being proud of his songs. That self-realization is one of the many aspects that separated him from other similarly driven individual musicians.

He then decided to write music “with a totally different level of respect and integrity”, spent a year writing new songs and decided to hire one of his best friends as his manager. That process brought him to the attention of Island Records. From then onwards, there was no stopping him. He released his first EP, Remnants, followed by a remix EP Remnix, which complemented a breakout year for him. He went on to headline the BBC Introducing stage of the Reading and Leeds Festivals and BBC Radio 1’s Future Festival the following January.

The year 2015 saw him reaching new heights, as he released his 3rd overall EP, Synesthesiac. Garratt subsequently supported Mumford and Sons on their 2015 UK tour, playing at 13 events at 9 arenas across the UK and Ireland. He went on to win the BBC Sound Poll Of 2016 and the Critics’ Choice Award at the 2016 Brit Awards.

He then went on to release his debut album, Phases, whose carefully crafted sound, he has attributed to Jack White and Frank Ocean. Immediately, one can notice his obvious talent for layering electronica textures which feels exciting while making for easy listening, not dissimilar to another contemporary artist, Stephen Swartz.

His soulful falsetto sounds airy and breezy, capable of carrying songs on its own. His past as an acoustic blues guitarist is not forgotten, especially in the song Surprise Yourself, where the guitar riff sounds and feels biblical. Garratt’s penchant for pop hooks also is present, though he has to sharpen his lyrical prowess. Having played all the instruments on the album and mixed it himself, it becomes quite a challenge for him to replicate it live. However, he manages to pull it off with aplomb. Just check out his live performance of Surprise Yourself, where he makes it look effortless, whilst engaging the audience with a massive sing-along.

The talent is obvious to see, but Garratt has to make sure that he doesn’t fall into predictable clichés that plague much of the present music industry. Phases was a solid, safe debut, and it is up to Garratt now to expand his reach, which would guarantee superstardom.