Bollywood music albums to look out for in 2018

2018 has already got off to an exciting start with Amit Trivedi’s Padman and Sameer Uddin and Shashwat Sachdev’s Kaalakaandi hitting the charts. The year has a number of great films lined up. Here is a list of Bollywood soundtracks we can’t wait for!

After seriously impressing with her composition skills in Baar Baar Dekho, Jasleen Royal will be seen next giving music to Rani Mukerjee’s comeback film, Hichki.

8 months of my life and pieces of everyone who has put up with it. Presenting the first glimpse. Here’s to #Hichki #RaniMukerji #ManeeshSharma @sidpmalhotra @yrf https://t.co/8cAUcjAxK6

Musician and producer Clinton Cerejo has impressed a great deal with his recent Bollywood outings. In 2018, he will be seen composing the soundtrack of 3 Storeys, an Excel Entertainment thriller starring Richa Chaddha and Sharman Joshi.

Sachin-Jigar – Parmanu: The Story of Pokhran

What a 2017 Sachin-Jigar had! The duo was extremely prolific and composed some great tracks and albums (Meri Pyaari Bindu features on our list of Top 10 Bollywood music albums of 2017). They kick off 2018 with Parmanu: The Story of Pokhran, a movie starring John Abraham, Diana Penty and Boman Irani. The film is about the nuclear bomb test explosions conducted by the Indian Army at Pokhran in 1998. It will be really interesting to see what Sachin-Jigar have to offer for such a premise.

Starring Sushant Singh Rajput and Jacqueline Fernandez in the lead roles, this action film will feature music from Vishal-Shekhar and Amaal Mallik.

Meghna Gulzar showed her astute sensibilities in Talvar and has teamed up with Shankar-Ehsaan-Loy for Alia Bhatt-Vicky Kaushal starrer Raazi.

Rajkumar Hirani’s movies don’t boast great music, but for the Sanjay Dutt biopic starring Ranbir Kapoor, we are intrigued with what the soundtrack will be like, even more after reports doing round that the makes wanted a “fresher approach” for the film and consequently got Sheldon Bangera to come on board. According to his website, Bangera is a worship leader, song-writer, music composer and producer who has penned 200 worship songs. Along with Bangera, Amaal Mallik would also be composing a couple of tracks for Hirani’s film.

From Yahaan to Piku, Shoojit Sircar’s films have always offered some great music. Hence, the upcoming film with Varun Dhawan and newcomer Banita Sandhu in the lead could potentially feature a great soundtrack as well.

After delivering a good soundtrack for director Raj Kumar Gupta in Ghanchakkar (2013), Amit Trivedi has again been roped in to do the job for the filmmaker’s 2018 release, Raid.

This is a biopic on one of the most acclaimed Indian hockey players, Sandeep Singh, who made an exceptional comeback to the Indian team after being accidentally gunshot in August 2006. The film stars Diljit Dosanjh playing the role of Sandeep and will feature music from SEL.

Anu Malik hit the ball out of the park in 2015’s Dum Laga Ke Haisha but despite a number of releases in 2017, couldn’t create any real spark. Just like DLKH, Sui Dhaaga: Made in India is also written and directed by Sharat Katariya. Another Yash Raj Films’ production, it will also feature music from Malik, who can potentially have another great outing.

The Vikramaditya Motwane, Amit Trivedi and Amitabh Bhattacharya team of Lootera fame will return for Bhavesh Joshi in 2018.

AR Rahman – Beyond the Clouds 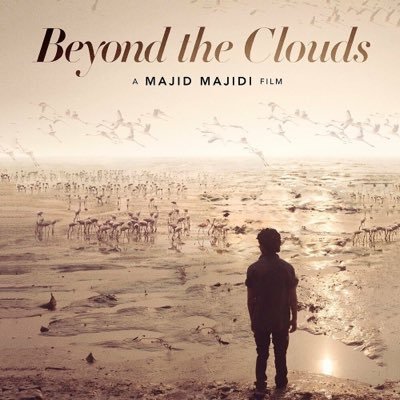 AR Rahman will be working on the score of Iranian filmmaker Majid Majidi’s Indian project Beyond The Clouds, starring Ishaan Khatter, actor Shahid Kapoor’s younger brother. This film will mark Rahman’s second association with the director after Muhammad: The Messenger of God.

In a treat for music lovers in the country, 2018 will be made special by AR Rahman’s 99 Songs. The film is his debut as writer and producer and is a romantic musical. Manisha Koirala and Lisa Ray along with musicians Ranjit Barot and Indian Ocean frontman Rahul Ram comprise the supporting cast of 99 Songs. They will be spearheaded by newcomers Ehan Bhat, Edilsy Varghese and Tenzin Dalha. The Madras Mozart will also be composing the soundtrack of this film.

Music composer duo Ajay-Atul were brought for Thugs of Hindostan, upon the recommendation of Shankar-Ehsaan-Loy who couldn’t take up the project due to time issues. The 2018 film will see Aamir Khan and Amitabh Bachchan share the screen for the very first time.

Anupam Roy has been deployed to create music for what looks like 2018’s most intriguing film, actor Anushka Sharma’s next venture, Pari. “This is my fifth Bollywood project and I am enjoying every bit of it. The genre is a little different. Expect haunting, eerie music in Pari,” he had stated earlier. We can’t wait!

To be directed by National Award winning director Krish, the upcoming biopic on Rani Laxmibai with Kanga Ranaut playing the freedom fighter, will see music from Shankar-Ehsaan-Loy, who didn’t have a single release in 2017.

Our next biggie ! She was an inspiration ! We are honoured to do the music of @ManikarnikaFilm @ShankarEhsanLoy pic.twitter.com/MbWxYKTnnY

Directed by debutant Atul Manjrekar and produced by Rakeysh Omprakash Mehra, Fanney Khan is supposed to be a musical comedy and could consequently be the most notable album in Amaal Mallik’s discography. He has earlier talked about how recent Bollywood films have demanded the same winning formula and left little room to manoeuvre; this might be his chance to exploit his creativity and show India that he is capable of composing more than just the ‘Sooraj Dooba Hai’ and ‘Sau Aasmano Ko’ type of tune.

Saaho, featuring Baahubali star Prabhas and Bollywood actor Shraddha Kapoor, is one of the most eagerly anticipated projects of 2018 that will see a trilingual release (Tamil, Telugu and Hindi). It will feature music from Shankar-Ehsaan-Loy.

“We wanted the music to have a national appeal. We roped in Shankar-Ehsaan-Loy because they understand north as well southern sensibilities when it comes to composing music. They have also worked in the south,” director Sujeeth had said.

Ajay-Atul, the music directors of the original Sairat, will be retained for its remake “Dhadak”, one of the most eagerly anticipated films of the year starring newcomers Ishaan Khattar and Janhavi Kapoor. One of Sairat’s main attractions and a major component of why it was so well acclaimed is the soundtrack by Ajay-Atul, who have a wonderful understanding of Marathi folk and musical traditions. It remains to be seen if they can rework their craft for the Hindi remake.

Presenting the two new heartbeats of the Dharma family, Janhvi & Ishaan in #धड़क. Directed by @ShashankKhaitan, the master of heartland romance and creator of the Dulhania franchise. Releases on 6th July, 2018. @karanjohar @apoorvamehta18 @ZeeStudios_ pic.twitter.com/Kj9J8BBBKg

Sachin-Jigar will be composing the music for Reema Kaagti’s Gold, the Akshay Kumar film about the hockey team that won the first Olympic medal for India as a free nation in 1948.

From Rock On! to Fitoor, Abhishek Kapoor’s films have always boasted a great soundtrack. Consequently, one of the albums to look out for in 2018 is the director’s next, Kedarnaath with Sushant Singh Rajput and Sara Ali Khan in the lead.

Multi composer soundtracks have fared well in Bollywood in the last few years and for this intriguing Shahrukh Khan film where he plays a dwarf, Pritam’s project JAM8, Badshah, Tanishk Bagchi and Ajay-Atul will be composing the music.

A coming-of-age story based on the lives of street rappers in Mumbai, Gully Boy has the audience excited ever since the super team of Zoya Akhtar-Reema Kagti announced this project. Ranveer Singh will helm the movie and while there haven’t been any updates about who will be composing the soundtrack for the film, a movie about rappers can’t have mediocre music. Ranveer Singh’s teasing social media updates where he is seen with rapper Divine, and the rapper’s interview with comedian Abish Matthews where he talks about the film has us captivated already!

Note – This article has been edited since it was first published to keep up with latest developments.