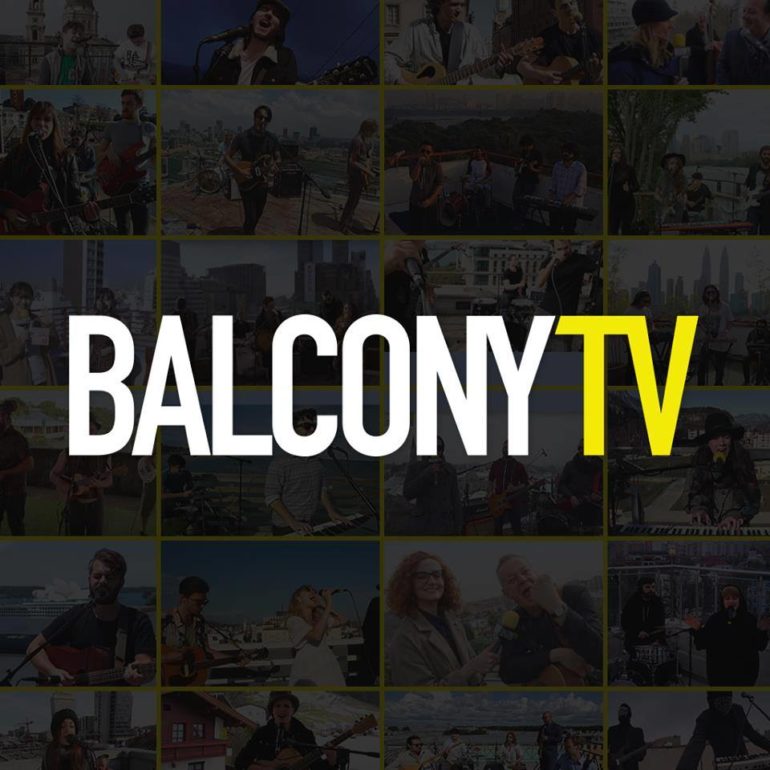 Out of all the music content startups that have helped elevate the independent music scene across the world, BalconyTV is perhaps the most notable for its production quality, concept and curation.

BalconyTV’s India chapter happened when Kavi Bhansali, currently Chief Producer, Balcony TV, and journalists Pragya Tiwari and Rishi Majumder had a chance interaction with the online music show’s founder Stephen O’Regan. “We started BalconyTV India in 2012 when a common friend put us in touch with the founder, Stephen. We felt that non-Bollywood music was severely under-represented in the digital space.”

The online music discovery show is run by a network of producers in over fifty cities around the world. They feature a highly curated selection of music from each of the regions the producers represent.

“Apart from an undercurrent of music picking up in the major cities, there also existed a vast repertoire of folk and other genres which also had very limited audiences. A platform like BalconyTV seemed like the ideal mix between being small and independent and hence not dictated so much by market pressures to provide a platform for the upcoming talent we saw,” explains Kavi.

The concept of the show is simple – An artist or band performs an original composition, on a balcony or terrace against a scenic background. The performance is followed by a quick session with the artist where the viewers get to know more about them and any upcoming releases. So far BalconyTV sessions have been recorded at he Hauz Khas ruins and Qutub Minar in Delhi to Marine Drive and Dadar Station in Mumbai. What it aims is to provide a live session, which gives the viewer the closest experience to listening to an artist live.

“The way it works is producers like me in cities all over the world create shows in the standard format, which are then published centrally from our global HQ in NYC onto the official platforms including BalconyTV.com and YouTube. The website and social media are localised city-wise,” explains Kavi.

When asked about the struggles involved in keeping the ship afloat, Kavi says, “The principal struggle is, of course, sponsorship which directly affects how much content we can produce and at what quality.” Currently, the project is self-funded and is feasible because a lot of people give their time for little or no money.

“Friends, partners and locations have been generous with their space and resources allowing the team to film and record affordably. But yes, it is difficult, and does have a cost, which I guess we bear because we believe it could be healthily sustainable in the long run,” says Kavi.

Talking about live-streaming and whether it could be accommodated in the concept, Kavi says that unlike a gig or stage performance, the way they shoot doesn’t lend well to a live-stream. “Artists take some time to set up and then play only one song; often doing a few takes to get it to their and our satisfaction. So the viewers would basically get just one song and then there would be a long gap before the next artist came up. If we find a good reason to stream, we can do it by tweaking the way we shoot, but until then it doesn’t make sense, he further explains.

BalconyTV India currently publishes a fortnightly show from Delhi and Mumbai, and so feature about 25 artists a year from each of these cities. The feature includes both well-known and popular artists, as well as musicians who probably release their first public material on BalconyTV. The music is curated based on their own discovery and network. They also receive a ton of submissions. They make it a point to listen to everything that comes in, and have often curated shows based on submissions they have liked.

BalconyTV India has been in talks with some sponsors for promoted content, and partners for co-branded episodes though Kavi says its too early to give away more details at this point! Their latest video was sponsored by the media company Oijo and Haus Khas Social, a popular restaurant in New Delhi.

Commenting on the future of independent music videos, Kavi says, “The potential is definitely promising and has a steady market both on television and online as Youtube/VEVO and many other digital content providers have proven after having stood the test of time”.