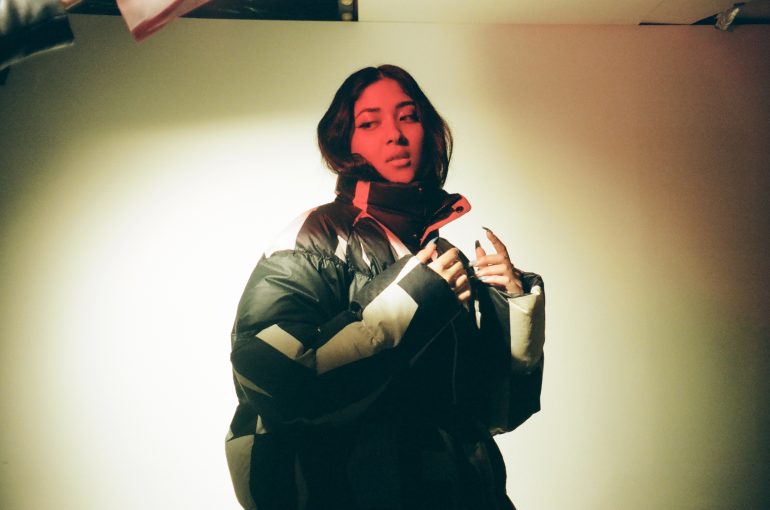 Since its worldwide release in September, the Melbourne-based pop singer has built a significant audience, with sizeable streams across Spotify and YouTube. “It’s so surreal. I think I’m still absorbing it all, but it’s really encouraging to have my music appreciated this early and to this extent. I’m very grateful and humbled,” says the Indian-born artist.

ASHWARYA knew music was her calling very early on. “I remember when I was in second or third grade, I cried to my parents because I wanted to be on TV and perform and sing instead of going to school,” she says. Luckily for her, they were completely on board. “I know typically my culture can often discourage artistic fields as worthy careers but I’ve always had a supportive and encouraging environment growing up,” she admits.

From her innovative DIY music videos to album art and Instagram feed, it’s clear that she and her team put careful deliberation into executing her vision. “Visuals come to me before anything else does in the creative process and I love to always have an element of boldness in whatever I choose to wear or create,” she explains. So, it’s not surprising when the singer teases that she has also been working on designing apparel.

Talent apart, it’s the tireless drive to go after what she wants that sets her up for success. She was the first artist to be signed to Australian producer Jarrad Rogers’ newest venture, NOiZE Recordings. In June, the label signed a venture deal with Sony Music Entertainment Australia.

“At the time, I felt like I was going out on a limb but I emailed through a couple of tracks and spoke to [Jarrad] over the phone,” ASHWARYA remembers. The pair began working together and she was signed a little over a year later. “Working with him is the best,” she quips. “He always creates an environment where you can experiment with different sounds and push conventional pop boundaries.”

ASHWARYA’s kaleidoscopic approach to music is shaped by life in a multicultural society, which has enabled her to draw from many diverse experiences and references. Her love for her heritage goes hand-in-hand with a deep recognition of her position as a woman of colour in the Australian music industry.

A 2017 study by the University of Sydney’s Women, Work and Leadership Research Group found that women in Australian music were “chronically disadvantaged”, whether that be in festival line-ups or radio airplay. While diversity figures have slightly improved over the years, only 21% of the top 100 most-played tracks on Australian radio stations in 2018 were by solo female acts or all-female groups. The situation is particularly troubling for female artists of colour.

“I feel like growing up, I never really saw anyone that looked like me in mainstream media, let alone the Australian music scene,” she admits. It was a proud moment to see her DMs flooded with brown women from around the world telling her how amazing and inspirational it was to see someone that looked like them. That said, the artist makes it clear that she is nobody’s token minority. “Diversity is something I want to see more of and for it to not just be a tick in the diversity box either!”

The sheer magnitude of ASHWARYA’s ambition is confirmed when she calls fellow diaspora artist and icon Freddie Mercury her biggest inspiration. Ahead of her upcoming live performance at the Australian music festival BIGSOUND, she admits that being creative has helped speed things up under isolation. It has also given her time to reflect. “I’ve been inspired by a lot of past experiences. I can’t wait to show you all what’s to come!”