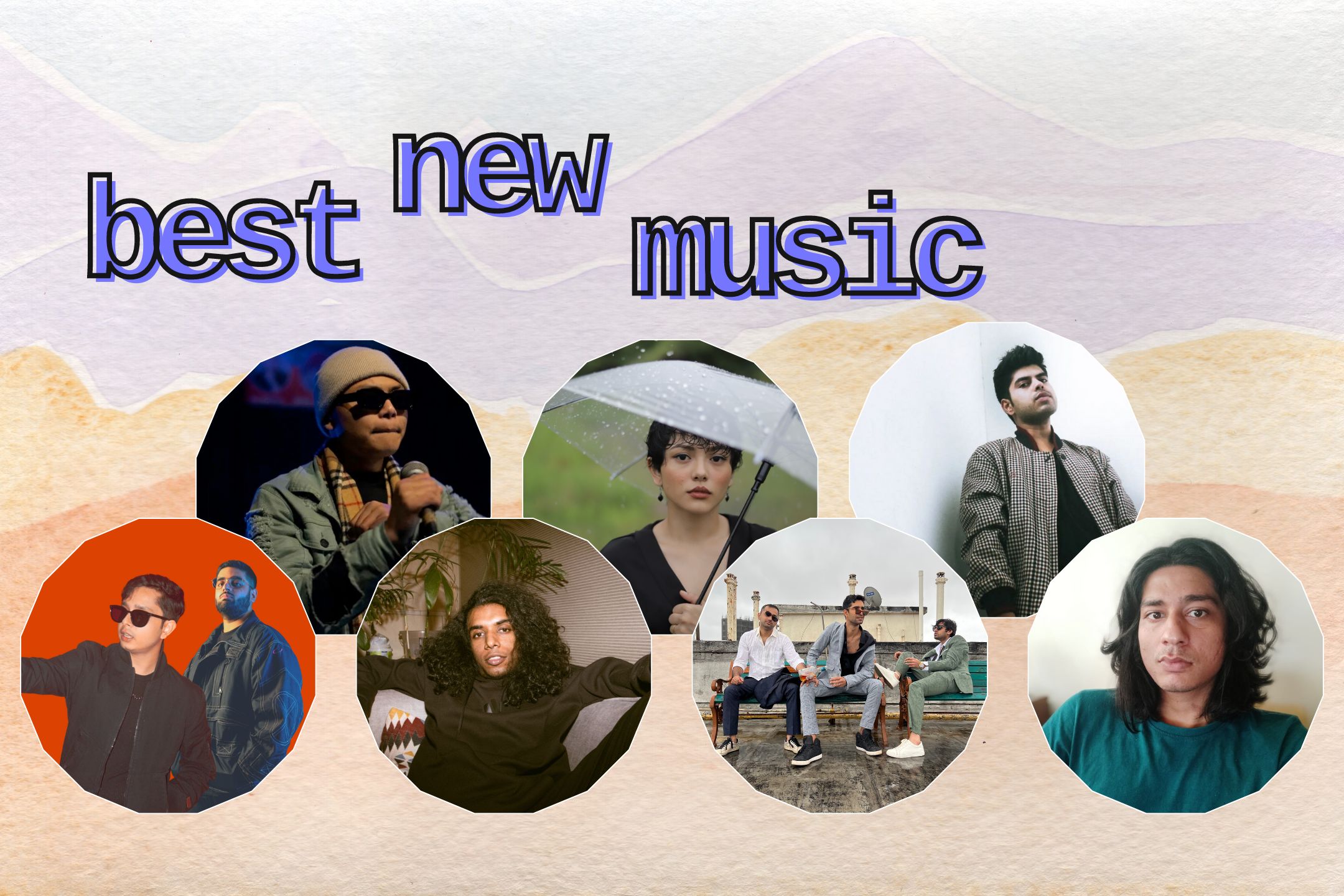 Mumbai-based duo that good good’s groovy debut single is a slick blend of funk and contemporary R&B presented in the broader arena of 21st century’s pop-scape. With boppy basslines, peppy synth work, and guitar licks dominating its lush soundscape, the track comes as a rather refreshing sound in the present indie music scene of the country. The perky vocals exude a sense of carefree glee, urging you to put on your dancing shoes and get your groove on.

Mumbai-based singer-songwriter Anoushka Maskey’s latest release ‘So Long, Already. Again.’ is doleful and melodic, a signature of the artist. With minimal use of instruments and limelight on vocals, she gracefully builds up a vibrant musical picture that is serene and bittersweet. The mix of the song falters a little on the contrary, where the vocals sound a bit louder than the other instruments. But all in all, the execution stands to speak for itself.

Kolkata-based hip-hop collective Park Circus’ member BC Azad’s solo project seems to be working out rather well. After releasing three back-to-back singles, the now Mumbai-based artist is back with his first-ever album under his independent moniker. Titled Naya Hindustan, the entire album is politically charged, with its roster of songs narrating the socio-political decadence of the country. The titular pilot track has been created in collaboration with Kolkata-based hip-hop collective The Cypher Projekt’s member Saurya Dattaray aka joesjoint, and sets the tone for the album. The record also features multiple collaborations with artists spread out across the country—National Animal, Plastic Parvati, IIRIN, Ray3urn to name a few.

Mumbai-based artist Shayan Roy’s recent musical collaboration with Sez on the Beat gave birth to the overtly mellow and feel-good track ‘Parchhai’. Accompanied by a lyric video on YouTube, the song is compositionally simple yet lively, featuring vocals in Hindi, English, and Bengali. The lyric video is quite wholesome in itself, set against the backdrop of clear blue skies and floating white clouds. Overall, the track is a light listen that makes you want to bob your head along to its bouncy beats.

Musicians Aniket Raturi and Shreyansh Rawat’s melancholic new ditty explores the concepts of loss and grief from abandonment. Essentially a hip-hop track, ‘Khoya Khudko’ features doleful melodic vocals from Shreyansh and impactful rap lines from Aniket. The track has been released as a part of Sez on the Beat and Faizan Khan co-founded hip-hop collective The MVMNT’s repertoire via the record label Mass Appeal India. An expressive music video also accompanies the track, visually representing the message that it is trying to convey.

Musician Nathan Thomas’ solo electronica project Nate08 released ‘Feel It’ featuring singer-songwriter and producer Lojal last week. The single follows up two other tracks, ‘Trigger Fool’ and ‘Sunrise Sunfall’ which were released last month. ‘Feel It’ plays itself out in a kaleidoscopic chill-hop soundscape that is vibrant and zesty, deriving influences from R&B, hip-hop, and lo-fi music. It induces a tipsy euphoria and by the end of it, you just can’t get the melody out of your head.

Youngg Natee has been on quite a roll since 2020, coming out with multiple releases in just two years. Deriving inspiration from the likes of Juice WRLD, Polo G, Drake and Travis Scott, the musician has incorporated a mumble rap-influenced palette in his sound with chill beats and soothing, steady vocals dominating it. ‘Call Me’ features catchy melodies from the musician alongside melodic rapping. His longing for his lover is apparent in the song, and he doesn’t shy away from expressing his feelings. His confident approach is what makes this track an easy listen.