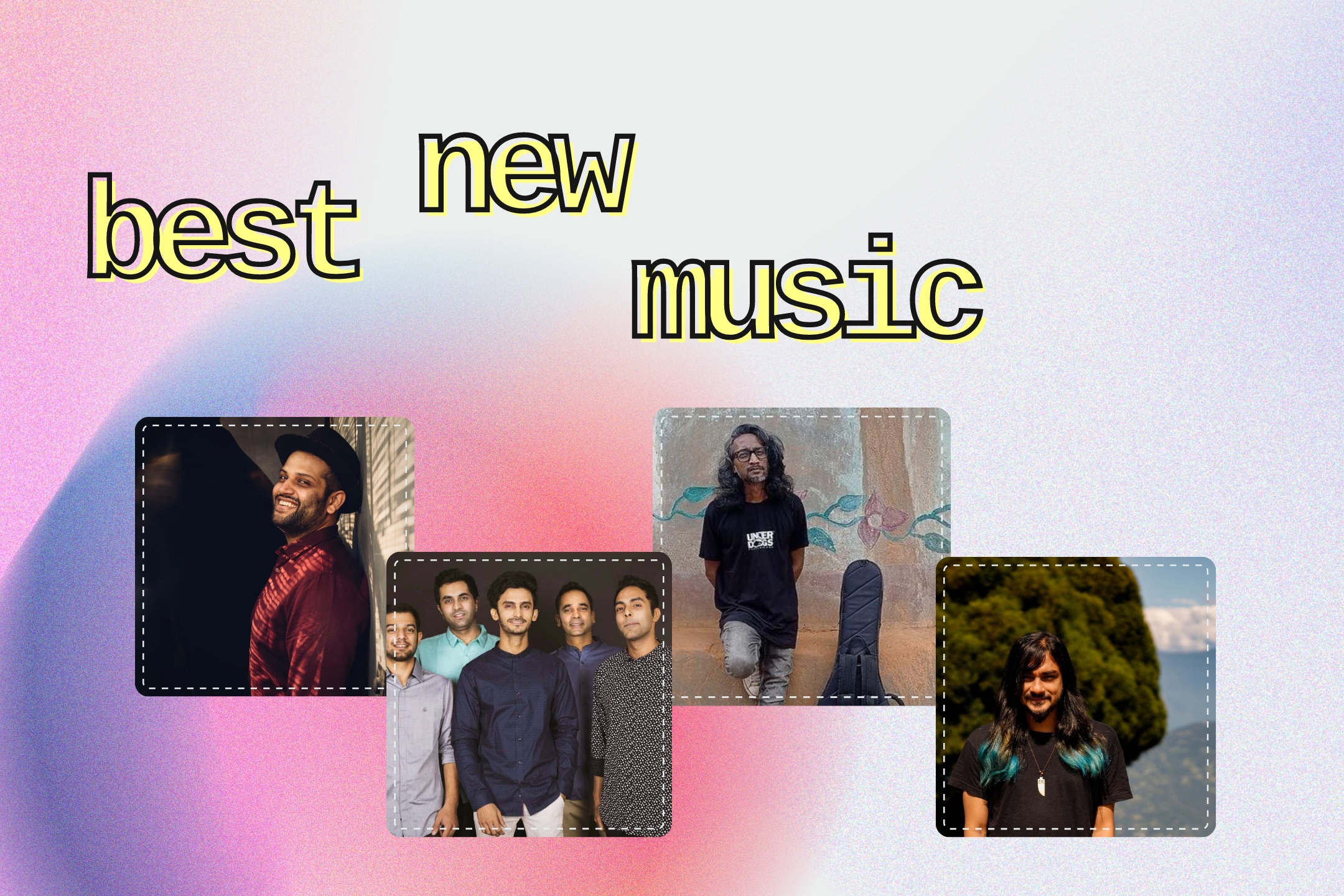 This week we have got songs celebrating love, loss and protest, as well as the mundane.

New Delhi-based multi-instrumentalist and singer-songwriter Dhruv Visvanath’s latest single ‘Monster’ is a fast-paced number that takes a slight diversion from his previous releases. Incorporating a more electronic and rock oriented approach in this new track, Visvanath has definitely explored and experimented with his sound, weaving his discoveries together to create a moody soundscape.

His ceaseless effort to make amends with his dark side in this song hasn’t been in vain and by the end of it, you too are left wanting to befriend your demons. The contrast between the flowy violins and his usual percussive guitar-playing style is what makes this track even more charismatic, drawing you into its funky rhythmic textures and making you bob your head along with it.

New Delhi-based independent act Desi Roots might describe themselves as a pop-rock band, but after giving their latest single ‘Pheeki’ a listen, you will be left questioning the very same. Deriving influences from acoustic music, blues-rock and symphony, ‘Pheeki’ romanticizes, or rather celebrates the mundaneness of human emotions.

Brandishing crispy, bluesy guitar riffs backed by slow, sultry bass lines, the song is a sublime representation of genre-bending music; a fresh sound that is quite hard to find these days. Vocalist Sumit Pratihast’s warm-toned, alluring voice captivates you into the very core of the song’s electrifying soundscape, leaving you overwhelmed with an inexplicable feeling of emptiness by the very end.

Hailing from the grounds of Bengal’s cultural heterogeneity is ‘Rongo Koro Na’ (roughly translating to ‘Don’t Fool Around’), a heartfelt tune that borrows elements from a colourful sonic palette—from hip-hop and rap to Bengali folk music (Baul Sangeet) and electronica.

According to guitarist Ritaprabha Ray, the song was written at the peak of the pandemic frenzy last year, as a collaborative venture among three different artists coming from equally varied musical backgrounds. The musicians came together to compose a protest song, mocking the socio-political stance of the government during such tumultuous times and the severe lack of empathy.

Together with soulful Baul vocals from Raju Das Baul, hard-hitting rap verses from Cizzy, twinkly guitar embellishments from Ray and post-production ornamentations, the fervid soundscape upholds the true spirit of the real heroes of this saga—the working class.

The song is a catharsis for Tathagata, exposing a raw and vulnerable take on love, loss, heartbreak, and the transience of things. But the biggest surprise element that stands out the most is the jazzy piano solo in the outro that will keep you tripping the light fantastic.

This eccentric addition to a seemingly pop number is deliberate, as it breaks the song free from the shackles of any particular genre while also providing a bubbly overlay to its overall sentimental texture.