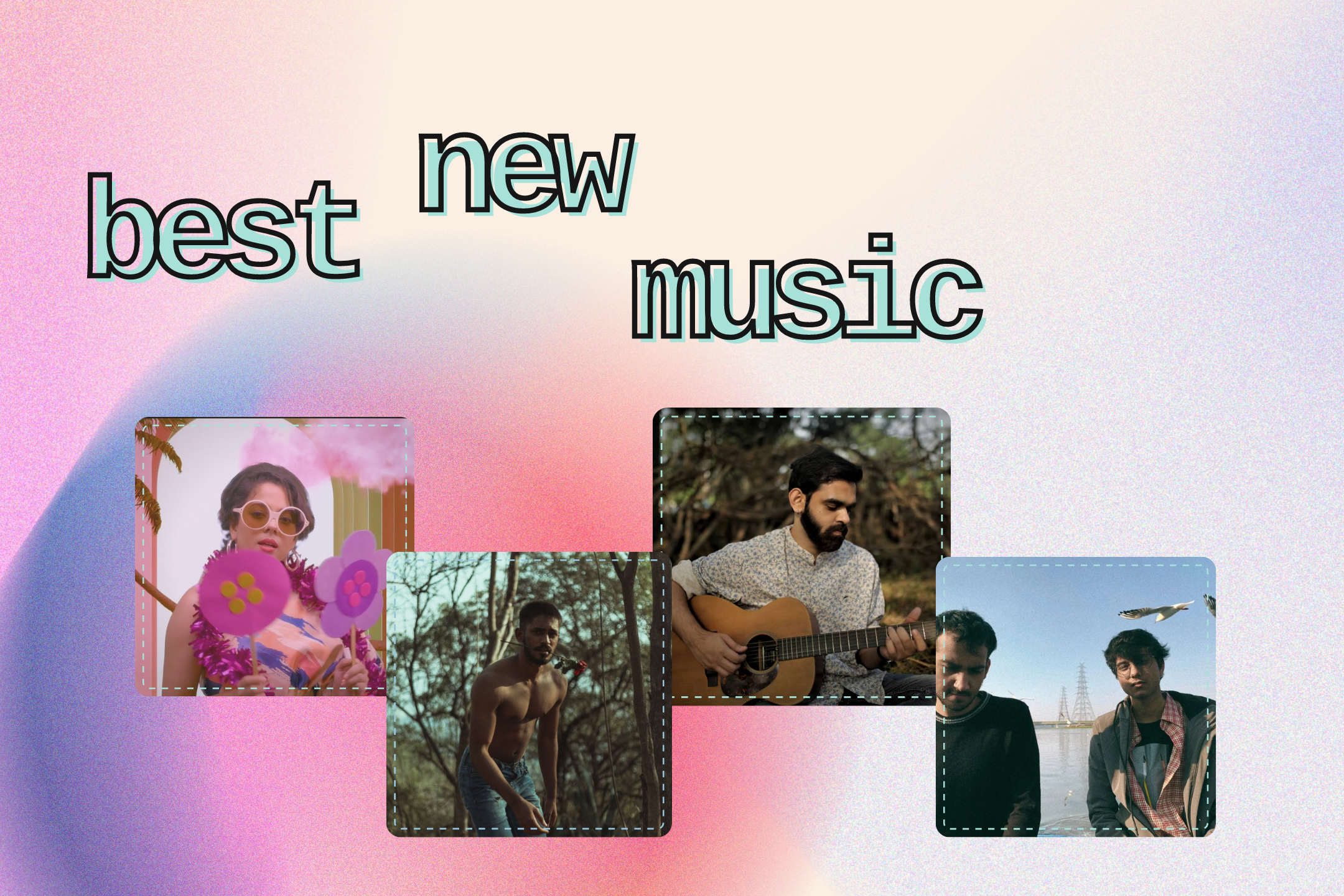 Week 8 of 2022 ends strong with a slew of new independent music releases, coming in hot. Songwriting takes focus this week, backed by genres spanning pop-rock to mellow acoustic. Here’s what this week looked like.

This is the mellow acoustic we were talking about. ‘Born Again’ by Max Kate aka Maitreya and Xeede stops time with its moving songwriting, gentle piano arrangement and stirring strings. While the song rings familiar to its predecessors, it brings a certain melancholia that hasn’t made an appearance in the artist’s discography so far. Coupled with vocal samples (a signature of Max Kate’s work, it seems), ‘Born Again’ does a great job of furthering his sound and giving listeners a taste of something new at the same time. Of the track, Kate says, “Live your life like a phoenix and never cease to rise from the ashes” – a daunting thought, made easier by this release.

Bringing the sunshine to Week 8 is indie music favourite, Peekay aka Pranati Khanna, with a brand-new release, featuring fellow musician, Andrea Tariang. Titled, ‘Sunshine on the Street’, this one is an intricate jazz-pop tune that spotlights the LGBTQIA+ experience. The artists’ voices complement each other perfectly, one as sweet as the other is gritty. Written and composed by Peekay and Tariang, the track also features contributions from Jonathan Edward (production), Zediah Hynniewta (arrangement, guitar and keys), Leon Wallang (bass) and Vincent Tariang (drums). Accompanied by a characteristically quirky music video, this one will have your feet tapping and your body swaying, whether you like it or not.

Groove has a name, and it’s ‘Mehmaan’ by Soham Mallick. The Delhi-based artists’ latest release is a witty, electro-rock experience that features clever songwriting, intelligent arrangement and an earworm of a hook that runs through the song. Mallick’s voice is raw, adding character to the track, giving it a unique dimension. Speaking of betrayal, it’s definitely an interesting choice for a Valentine’s Day release, but somehow, that makes perfect sense given the tone of the song.

Indie-rock duo, The Curtains, comprising Delhi-based artists, Prakhar Yadava and Dev Bhardwaj kick things off in 2022 with the dream pop infused, light rock ballad, ‘Moment’. Featured on their latest album, Pages of My Memory, this one is an interesting and nostalgic arrangement that spotlights the vocal chops and musical prowess of the duo. Complex and layered, ‘Moment’ is reminiscent, strangely, of the melancholia that Thom Yorke has made his signature. And, to its credit, it’s a well-rounded, emotive and mature sound – one that isn’t easy to pin down.

Find these songs, and more, in our regularly updated playlist featuring the latest independent music.