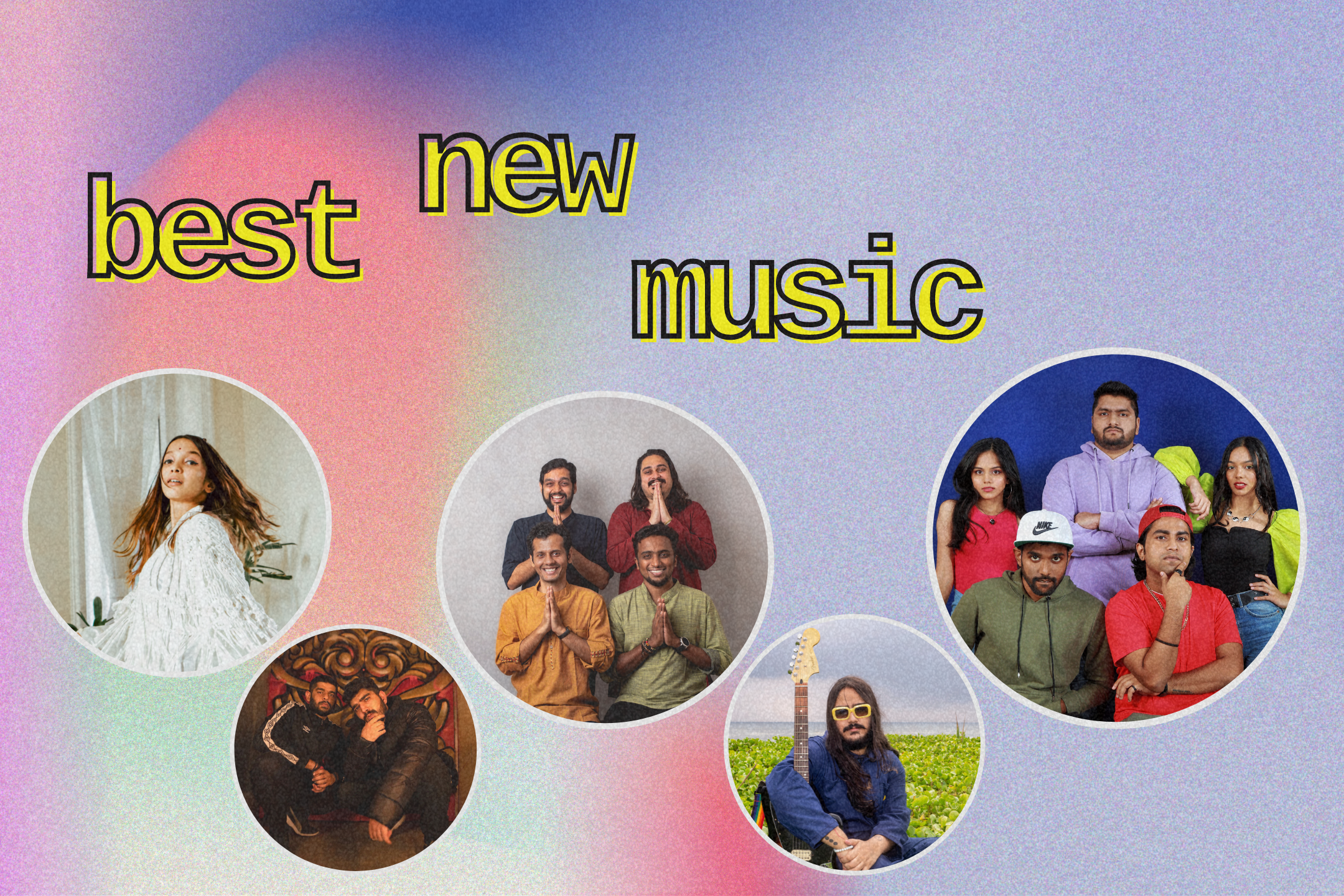 Week after week, fresh releases are rapidly taking over 2022’s indie music charts. It’s only been a month, and we’re already here with a considerably long list. Here are a few songs released this week that stand out.

Chennai-based musician Aryaman Singh aka Sunflower Tape Machine has kickstarted the new year with his single, ‘Internet Friends’. The track falls under a familiar range of sounds that are very obviously his – dreamy guitars and ambient synths overlaid in shoegaze-y reverb. According to him, the track is an ode to the friends that you make online, who often remain an integral part of your life. A whole three-minutes of sunshine, the song is a pleasant new welcome to the year.

Mumbai-based producer Brent Tauro has been exploring with sounds a bit more than usual lately. His new release ‘Premonitions’ is arguably one of the catchiest tracks that the year’s seen up till now, with a punchy bassline and an exceptionally balanced mix. The track features rappers Craig Chester and Micah Bedford on the verse and the duo, Simetri, on the chorus. It’s a little hard to look past the obvious pop influences, however, the immaculate production makes up for whatever it lacks in melodic originality. The sheer number of things happening concurrently makes the track overwhelming in a surprisingly good way. Like it or not, you’d catch yourself singing the chorus of ‘Premonitions’ at random times of the day.

Srinagar-based hip-hop artist Ahmer sets the stage for 2022 with a sharp verse on his new track ‘Hoshiyaar’, featuring Mumbai’s Enkore. Most of his releases have been a complete success in the past, and it seems like this year might be no exception. Producer Prxphecy too has made some bold and brilliant decisions on ‘Hoshiyaar’, using distortion to add a distinct flavour.

Groovedarshan, comprising Aditya Ashwath (guitar/bass/vocals), Pankaj Tak (guitar/bass), Shabarish Garg (percussion/drums) and Yash Chittal (guitar/bass), release their debut single, ‘Namaste’. They are a psychedelic/jazz fusion rock band that experiment with playful vocals and treat visual cues equally seriously. The three-minute track offers an impressive instrumental background to keep the groove of the song going. Overall, the debut offers a fresh sound engineered with expertise and experience. Groovedarshan definitely stands to be an exciting new band to look out for this year.

Singer-songwriter Barbie Rajput who now goes as Dridha, released her first single ‘Sombre Valley’ under the new moniker. Dridha claims the song is about the peaks of love and affection and the all too familiar feeling of the valley in between, wherein unrequited love resides. She attempts to capture that bittersweet feeling of being in a one-sided situation in love. Dridha’s comforting voice makes this a pleasant listen, overriding the clichéd progressions. If it’s been a while since you felt any love pangs, then gear up, for this one’s sure to have you wilting for a love you never had.