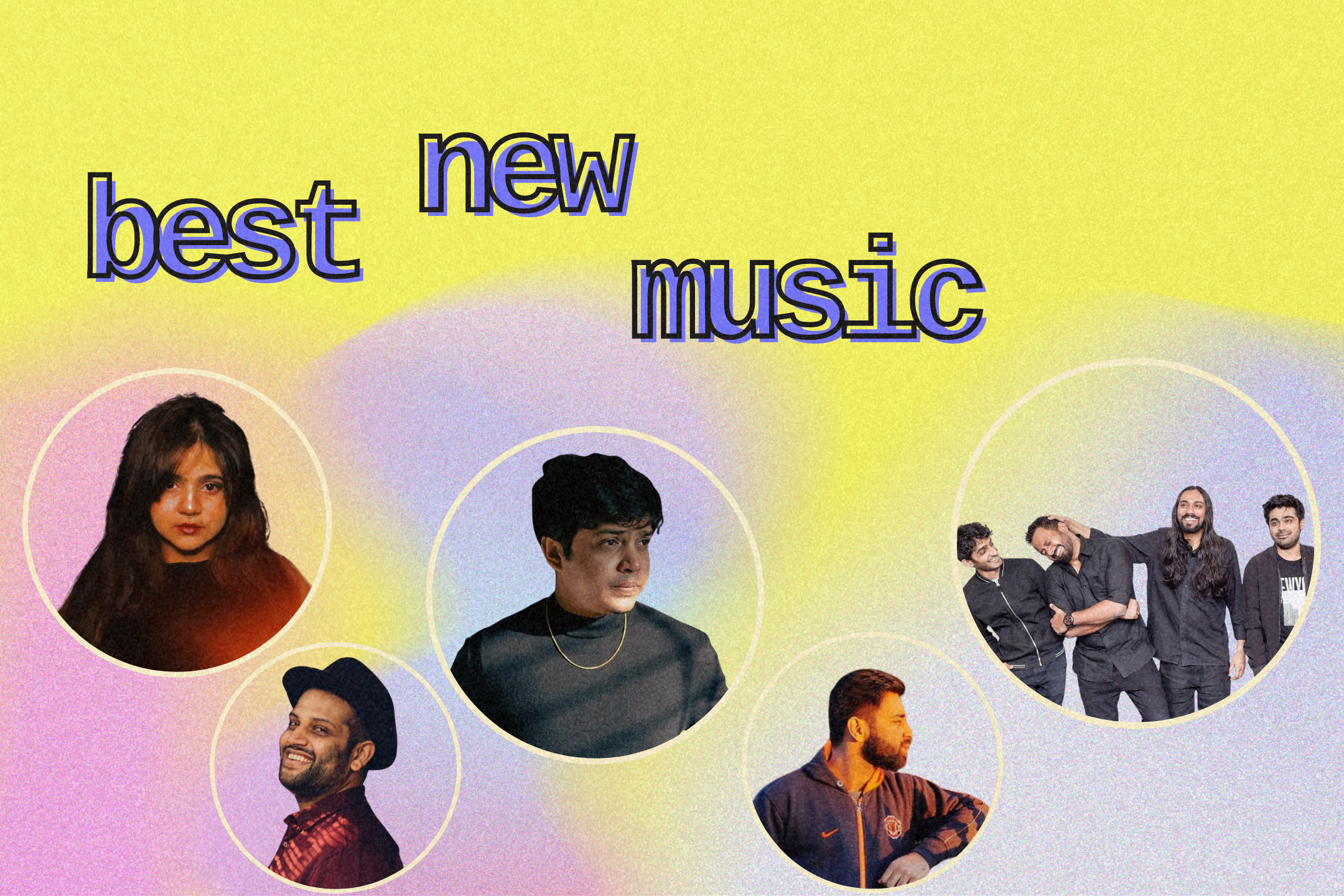 January ends with a bang as the Indian independent music scene bursts at the seams with exciting new releases. From surprising and stellar debuts to powerful releases from indie music staples, this week’s best new releases pack a punch.

Their signature tautness bleeds into every section on this track – vocals, rhythm, and guitar. “Jeetna hai tujhe apne hi dum pe,” croons Anand Bhaskar in the inspirational vocal riffs, backed by an overdriven electric guitar and a critique-proof beat. A Carnatic-music flavoured bridge, performed on the violin, disrupts the song, saving it from monotony, just in time. All things considered, their description of ‘Ufaq’ as the “workout song of the year”, proves to be an apt one.

Shrae – A Game for Two

Jazz and R&B singer-songwriter, Shrae, makes an electrifying debut with ‘A Game for Two’. The sultry four-minute-long track is what promising debuts are made of—the artist’s undeniable vocal talent and a groovy arrangement. She is supported by Shivang Kapadia on the drums, Harmish Joshi on the horn section, Nayan Kapadiya on the keys, Raag Sethi on the guitar and bass. Raag also produced the track, and Protyay Chakraborty was on mixing and mastering duties.

Recorded at Compass Box Studio, the single is set to feature on the artist’s upcoming debut EP. The songwriting may not be the complete puzzle as yet, but the pieces are there, waiting to be arranged.

Mumbai-based producer, Nikunj Patel aka Moebius, primes himself for intrigue with the brand-new single, ‘Waterdown’ featuring singer, Yuhina. This single is the second (the first being ‘Zariya’) from his upcoming debut album, Memento, set to release on February 4. The track offers a rich and layered electronic-house experience, complete with Yuhina’s saturated and moody vocals. About the track, the singer says, “Waterdown is a call to autonomy; accepting one’s karma whilst refusing to remain inert and despondent.” Patel, on the other hand explains, “It’s about perseverance despite having battled previous losses and failures.”

On its own, the track doesn’t prove to be path-breaking; though, it does well to open the doors to Moebius’ upcoming era—one that is “driven primarily by emotion”.

The artist’s discography is characterised by mellow, indie pop tracks replete with acoustic guitar work and Yadav’s airy vocals and harmony, and ‘Hues of Autumn’ takes that sound a few notches higher. A rich string section tugs at the heart strings while an unlikely rhythm arrangement, performed by Anshul Guglani, gives the song some much-needed movement. The track has been composed, written and produced by Yadav himself.

Look out the window wistfully or imagine the perfect love story to this song because that’s precisely what it asks of you.

Delhi-based singer-songwriter, Dhruv Visvanath, kicks off things in 2022 with a new single titled ‘Suffocation’. The acoustic guitarist and singer-songwriter had a wildly successful 2021, his album, The Book of I, scaling new heights, and now he’s switching it up.

‘Suffocation’, as he puts it, is an exploration of a new part of himself and a departure from “years of writing happy and calming songs”. Ripe with signature guitar riffs, surprising electronic elements and gripping acoustic rhythm, ‘Suffocation’ adds depth to Dhruv’s already rich discography.

While there’s an intentional shift in mood on this track, ‘Suffocation’ does well to maintain Dhruv’s sound, playing the game of subtlety.