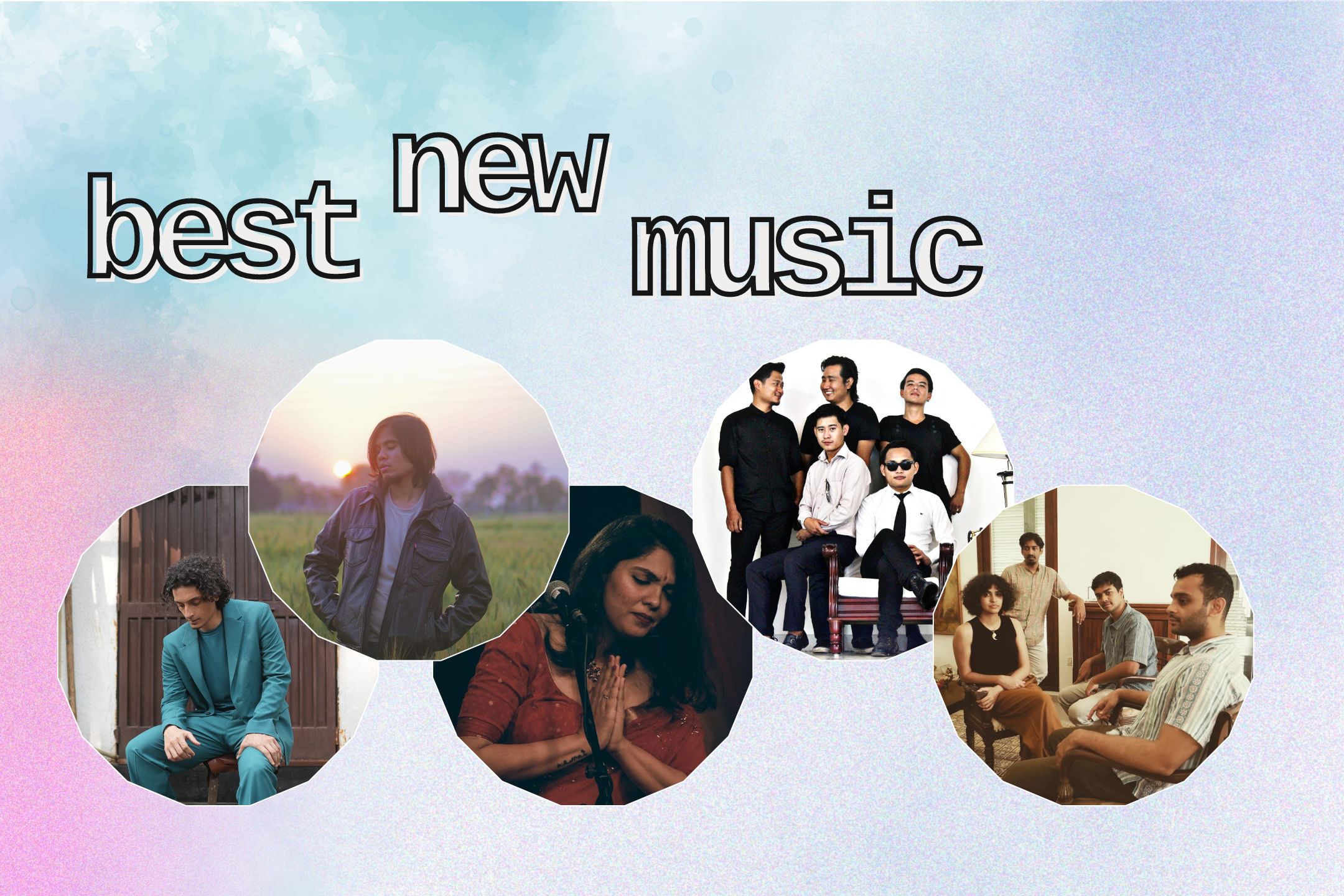 ‘Tu Hai Toh’ comes as Rohan Shetty aka Shor’s ninth  track in his series of back-to-back single releases since 2020. The musician takes a simple, laid-back approach on his new song and relies on a looping melody line and steady-paced bass beats to create the foundation for his vocals. The soundscape eventually irradiates itself thanks to the vibrant sonic colours.

The artwork features a simple trichromatic colour palette of orange, black, and white to present a snapshot of the singer against a hazy background, highlighting the track’s apparent glee with subtle melancholic undertones.

Isheeta Chakravarty’s latest EP Ek Sutra is a mélange of Indian classical and western-influenced melodies that set out to create a delightful aural experience for the audience. The Mumbai-based vocalist’s EP presents her in her best form with contributions from several other talents like Viveick Rajagopalan, Hameet Manseta, Ria Modak, Raghuraman Ramasubramian, and Meenakshi Pathak taking it to the next level.

The electrifying medley of piano, guitars, bass, drums, and the singer’s dulcet vocals in the pilot track ‘Recognition’ gives birth to an effervescent soundscape that only serves to impress.

Singer-songwriter Shikhar Chaudhary who usually goes by his first name has come out with his debut indie-rock EP Moonbrain featuring a total of four tracks. ‘Hindsight’ is the last track that brings down the curtains to this sonically enriched EP which is reminiscent of early 2000s era John Mayer, The All-American Rejects, The Fray, and the likes.

Scattered with damp-toned electric guitar strumming, minimalistic basslines, and drum grooves—the song is confessional in its tone; something that keeps you company on lonely nights. The singer’s soft, mellow vocals turn out to be the perfect addition to the overall vibe of the song and in turn the EP itself.

Dimapur-based alternative rock band Since90’s latest punchy release ‘Redemptions Call’ will get you headbanging with the intro riff itself. But as hard as the instrumentations go, the vocals fail to keep up with the same vigour, coming off as forced and try-hard at certain points. It eventually picks up its missing energy and hits you with an edgy, animated guitar solo that stands out to be the key redeemable quality of the song.

The track is also accompanied by a high-quality music video that features alternating montages of the band performing their track and two men settling the score in a boxing ring. If only they had focused as much on the song’s production quality, it would’ve turned out to be a fruitful venture.

Easy Wanderlings – Centre of the Universe

Pune-based collective Easy Wanderlings recently came out with their second EP Caught in a Parade on October 7. ‘Center of the Universe’ comes second in this 5-track EP and is an R&B/Soul delight for all the old souls who want to listen to something fresh yet nostalgic.

Kicking off with a steady drum groove and a trumpet melody, the song introduces pianistic colours and Pratika Gopinath’s enigmatic vocals that take over its soundscape organically. At the same time, the trumpet, and flute play a dominant role in carrying the song to its dénouement. Flaunting smooth, sultry textures throughout, ‘Centre of the Universe’ takes you into a mellow trance that sucks you in deeper with every note and beat.