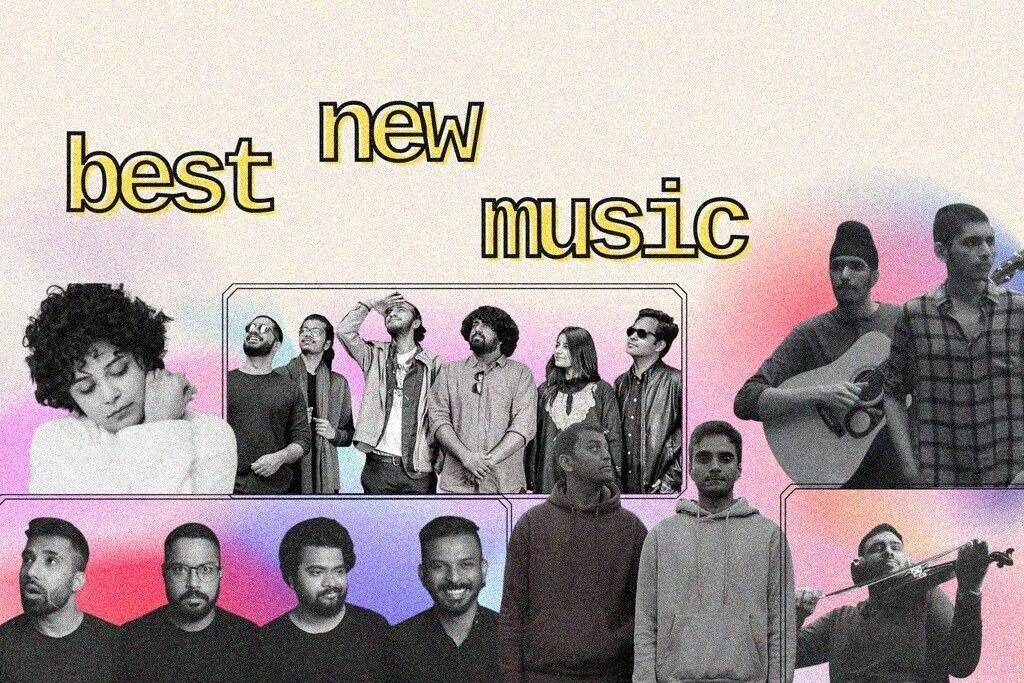 As we kickstart a brand-new year, we look forward to some great music from independent musicians in India. If the first month is anything to go by, we have a cracking year in store. Here are the best songs from January 2022 so far.

Jazz-fusion band Jatayu comes together with singer Harini Iyer and percussionist Praveen Sparsh to produce the hypnotic ‘Restless’. The band describes the song to be about self-discovery, introspection and growth. Praveen Sparsh is reliable as always on the mridangam. While Harini’s chanting of the lines “dancing to your journey of self discovery…reality” can sound a bit jarring at the beginning, the lyrics and her vocals go on to blend rather well with the psychedelic and spellbinding soundscape that the artists create. The stunning accompanying music video—animated and directed by Pooja Sreenivasan—was released earlier this January.

Parekh & Singh released their new single earlier this month that comes after their 2019 album Science City. It has been a while since we heard music from the Kolkata-based dream pop duo and ‘Je Suis la Pomme Rouge’ that translates to ‘I eat a red apple’, is a solid return to business for the duo. The track is part of their upcoming full-length album that will release later this year.

Chennai-based musician and producer Chandar Karunakaran’s ‘Unakkagavey Naan’ is already one of the most interesting releases of the year. Fusion between traditional Indian with electronic can often strangely feel outmoded and cheesy. He ensures that’s not the case here. Composed, arranged and programmed by Chandar, the song features vocals from Shreekanth J and Haripriya. But the hero of ‘Unakkagavey Naan’ is certainly the gorgeous violin performance by Chandar.

Hyderabad-based singer-songwriter Damini Bhatla released her new single ‘Raathire’ earlier this month. Enveloped in gentle instrumentation, Damini flexes her vocal chops through the course of the track. The lyrics in Telugu are about “intimacy during the dawn when the colors are red, blue and purple.” ‘Raathire’ has been written by Damini and Kittu Vissapragada and the music video will be out on Jan 28. After featuring on M.M. Keeravani’s Baahubali soundtrack where she sang ‘Pacha Bottasi’, the singer has pursued her independent career as well, not wanting to be restrained to playback singing alone and put out the single ‘Midnight’ in 2021.

The New-Delhi based jazz-funk band takes a new and different approach to their sound in the new year. ‘Straight Through’ features frequent collaborator Vrnda Dhar on vocals and sees the band “shift sonically into the neo-soul/RnB territory for the band.” Alongside Vrnda, Rhythem Bansal (keyboards) shines on this track. Interestingly—for the first time since they began releasing original music since 2017—Abhay Sharma doesn’t play the saxophone, but is heard on the flute instead, in a far more tempered yet effective form.

Mumbai-based duo Khoya Firdaus comprising Pritpal Sudan and Atharv Shukla released its new single, ‘Little Dear’ earlier this month. They released an EP titled Cheesecake last year in January. An endearing song about a child parting from their mother and finding a new sense of identity, it is written from the perspective of the titular little dear. Khoya Firdaus claims that after writing and releasing music through the pandemic, it is now looking to transition into performing for live audiences and working to bring in electronic and lo-fi elements into its production style alongside the foundational traditional sensibilities.