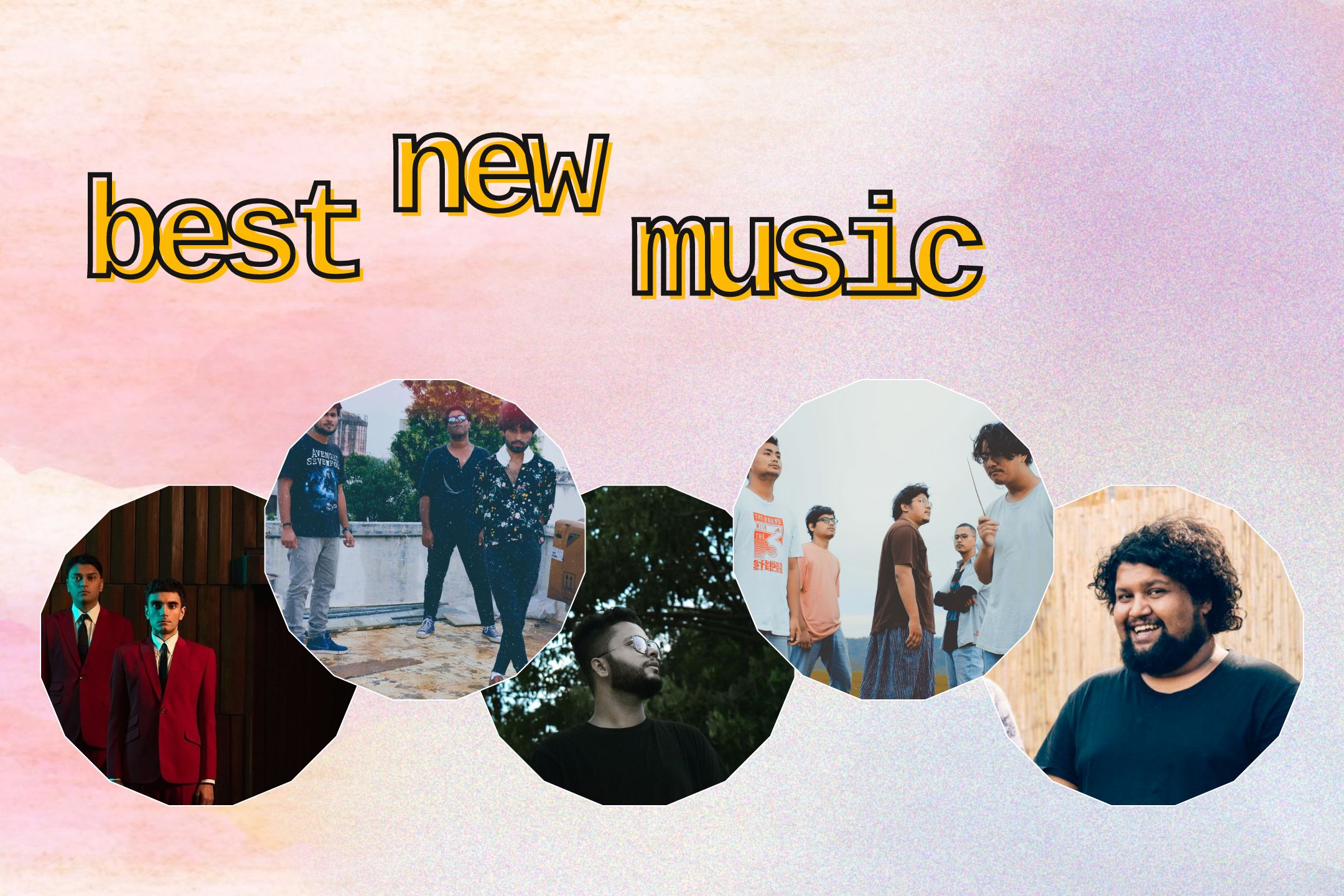 Week 35 eases us into autumn with some really thought-provoking and sombre tracks by Jamblu, Parekh & Singh, Meewakching and more.

‘We Never Fight (Cause We Never Talk)’, released through Karuta Records, had its first outing as part of Pagal Haina’s roster in the Boxout FM’s Indie as Fuck segment almost two years ago. The demo, even back then, hit with such absolute potency, that it was almost self-evident that this little rugged lullaby was destined for greatness and beyond.

Jamblu’s song, off his new album Service Animal, is nothing without its personal element. Drenched in languid acoustic guitar strums and a strain of blues that almost damns with its beauty, it is a song of somnambulant reverie. A song of heartbreak, it speaks of urban discordance and miscommunication, and the lengths we go to pretend to be in love. “I hope you’re happy and warm,” the singer who finds “comfort in the sun” croons to his lover. Regret and memories churn the listener’s soul, prodded by a song that dares as much to love in vain as to ask questions to that very love.

‘I Just Don’t Feel Sorry’ by the Imphal-based post-punk band Meewakching is the second track from their latest 2-track EP Two Songs to Listen to While Making Love. Succeeding the sonic whirlwind that is ‘Feverish Gibberish’, the song is both powerful and languid in its treatment of its lyrical content.

Capturing and harnessing raw power to the ends of melodious output has always worked out well for Meewakching, and ‘I Just Don’t Feel Sorry’ is no exception. What is exceptional however is that this little release marks one of their first forays into songwriting in English, and the song delivers promising hopes in the arena. Synthesised with fast-paced percussion and a bass background that delivers the punch in all its potency, the song charts soundscapes that Meewakching find themselves most at home in. Undoubtedly, this is not to testify to any dearth of experimentation—rhythmic variations from the first track form a key part of ‘I Just Don’t Feel Sorry’. Although the EP’s title might have been an exercise in irony, the grainy vocals and instrumental dexterity of the song are bound to set just about anyone to dance.

If one finds themselves wanting a sweet track to remember this week by, Dipayon and Harshraj’s ‘Ankahi Wo Baatein’ just might do the trick. With mature vocals and a lyrical basis that despite being thematically derivative goes well with the instrumental arrangement, the song has its fair share of highs and lows worth exploring.

In concordance with its theme—unsaid and thus unreciprocated emotions—‘Ankahi Wo Baatein’ perhaps appropriately goes the acoustic route. The interplay between the acoustic guitar and the percussion is done deftly, neither overpowering the other nor the vocals. Dipayon lets his voice breathe and soar, singing of and to his beloved, appealing to feelings that have by now found all but ubiquity in the Indian listenership.

‘Play’ is the latest single release by the Pune-based pop-rock trio Purple Patch, and as the title seems to indicate, it is a fun little track with delectable instrumental intricacies.

For listeners initiated to Purple Patch’s discography, the thematic and lyrical content of ‘Play’ is not exactly atypical. Like its predecessors, the song is a sensuous ode to a female muse, and not entirely sacramental. The representation of the woman in the paradoxical terms of an angelic femme fatale is both repetitive and questionable, but that is a conversation that requires a greater space than this. From a purely “musical” perspective, the drums, and the electric guitar sustain the almost four-minute track to commendable constancy. As the speaker acknowledges being unable to resist swaying, the song too is one that is certainly not meant to be enjoyed in a physical stasis.

Parekh & Singh fans have reason to rejoice this week, for the Kolkata duo is back. This year had already seen two singles released by them, and ‘The Nightingale’ is the latest to join the slew.

‘The Nightingale’ never needed to exemplify the quintessence of Parekh & Singh, but the listener is all the gladder, for it did. The mastery of electronica—replete with beats that never turn obtrusive—results in a ditty just three minutes long, but lingering on the mind far longer. Nishchay Parekh’s honey laced vocal gravitas certainty needs no introduction; with equal parts confidence, “I am a king,” he proclaims with gentility and grace. Contemplative yet unassuming, ‘The Nightingale’ is the perfect song from this week to unwind to.