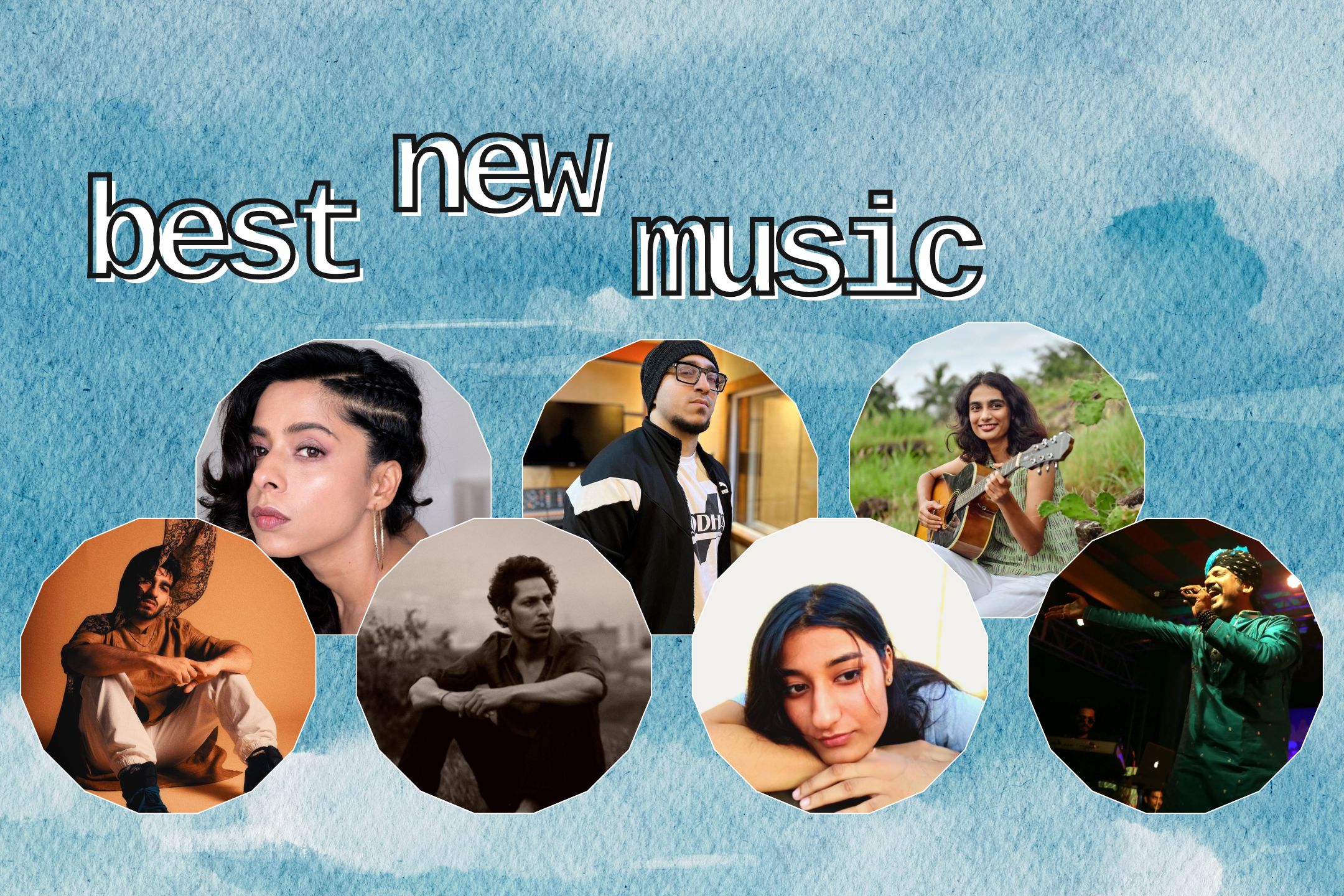 The past two weeks in Indian independent music have been a certified whirlwind of releases. Up and comers have surprised with their quality of work, and some of our favourites have broken their silence with exciting comebacks. Dive in, and gorge on the seven best tracks from weeks 33 and 34 of 2022.

New Dehli-based singer-songwriter Bharat Chauhan released this month a melancholic, poetic and heart-wrenchingly evocative track titled, ‘Usne Kaha Tha’. Sung in Hindi, set to a simple instrumental arrangement, the track digs its notes into you with the very first utterances. Written and composed by Chauhan himself, ‘Usne Kaha Tha’ spotlights the artist’s voice and, for the most part, an emotional wave-inducing guitar composition courtesy Ritwik De. Other collaborators on the track include Amar Pandey on the keys and Aveleon Giles Vaz on the drums.

Trivandrum-based singer-songwriter, cover artist and one of the current it-people of Indian independent music, Anumita Nadesan, adds steam to her 2022 release journey with her single, ‘Kabhi Kabhi’. She describes the song as an “ode to those unsung heroes or stars, people who help us on a daily basis and are not glorified enough that often, but are instrumental in making our life easier and merrier.”

The track features all the elements that have grown to become Anumita’s signatures—the artist’s airy vocals, lo-fi arrangements combined with electronic peaks and waves of emotion. ‘Kabhi Kabhi’, written by Siddhant Kaushal and composed by Nadesan, makes for a simply pleasant listen.

With all eyes on her, Anumita Nadesan indulges her audience effortlessly on ‘Kabhi Kabhi’.

Rajasthani folk artist, Kutle Khan, teases eager listeners with an upbeat cocktail of genres on his brand-new release, ‘Jhirmar’. Replete with his signature powerful vocals, an intensely Rajasthani folk flavour and some surprising but not out of place electronic music backing, this track will get you yearning for a quick dance session in the rain. Exploring the other side of monsoon music, this one feels a lot more like a celebration than reflection.

Khan, who performs with the Kutle Khan Project and rose to fame with his appearance on Coke Sudio’s Season 3, is all set to entertain audiences with a brand-new, upcoming full-length album. And, if ‘Jhirmar’ is a sign of things to come, it’s going to be nothing but a good time.

Bengaluru-based rapper Brodha V released the cheeky track, ‘Bujjima’—a track that’s on its way to becoming an emancipation anthem for anyone in a toxic relationship. The rapper proclaims freedom from a controlling and emotionally abusive partner, but the only thing heavy about this track is its beat. “I’m leaving undamaged and happier” and “I’m sick of you wanting control of me, draining me off my dopamine. You ain’t the centre of my universe even if you called yourself Ptolemy” are just two of the ridiculously quotable lines by Brodha V.

The music video for ‘Bujjima’ gives a nod to some of pop culture’s infamous toxic couples—Harley Quinn and the Joker; Amber Heard and Johnny Depp, and features internet favourite Niharika NM.

Rapper, Yashraj takes the hip-hop momentum of the week forward in grand fashion. Horns and beats galore meet keen fans in the form of ‘Musafir’, one of five tracks on the artists’ new EP, Takiya Kalaam.

The 3-minute-long track is a slick rebuttal to naysayers and their criticism of an adventurous life; a musafir’s journey. The rapper explains, “To question those ideologies, and this track provides a glimpse of my journey, where I come from, why I write, and what I stand for. Musafir is not only travelling, but also free[ing] of the mind.”

The writing is powerful, and so is the production, giving rise to a voice that no longer begs to be heard.

Actor/director turned musician, Sugandha Garg, brings poetry to the independent music scene with her latest release, ‘GHALIB’. Utilising the famous couplet by Ghalib, “Ham ko ma.alūm hai jannat kī haqīqat lekin, khush rehne ke liye ‘Ghālib’ ye ḳhayāl achchhā hai”, the track is a celebration of life on earth in every way—the silence, the noise, and everything in between.

Lo-fi and electronic elements, tongue-in-cheek vocals and intelligent songwriting makes this track the perfect entry to our playlists. It may not disrupt the vibe, but it certainly has the potential to establish it.

Up and comer Nitansha Tanwar, who goes by Nitansha, released a captivating alt-pop, indie-electronic track called ‘Two’. In her YouTube description of the song, the artist writes, “The track is a brutally honest reflection of my confused yet detached state of mind from reality. It’s the first time I’ve been so damn true about how I look at myself. This song is really close to me, as I have never really been so vulnerable in a song before.”

Clocking in at four and a half minutes (not that you’ll realise time passing), ‘Two’ is a near-perfect personification of balance, also making it quite the achievement for the artist, given that the track is only her second single. Co-produced by BaddMint, ‘Two’ presents listeners with a flawless build up, relatable songwriting and of course, a new name to look out for.