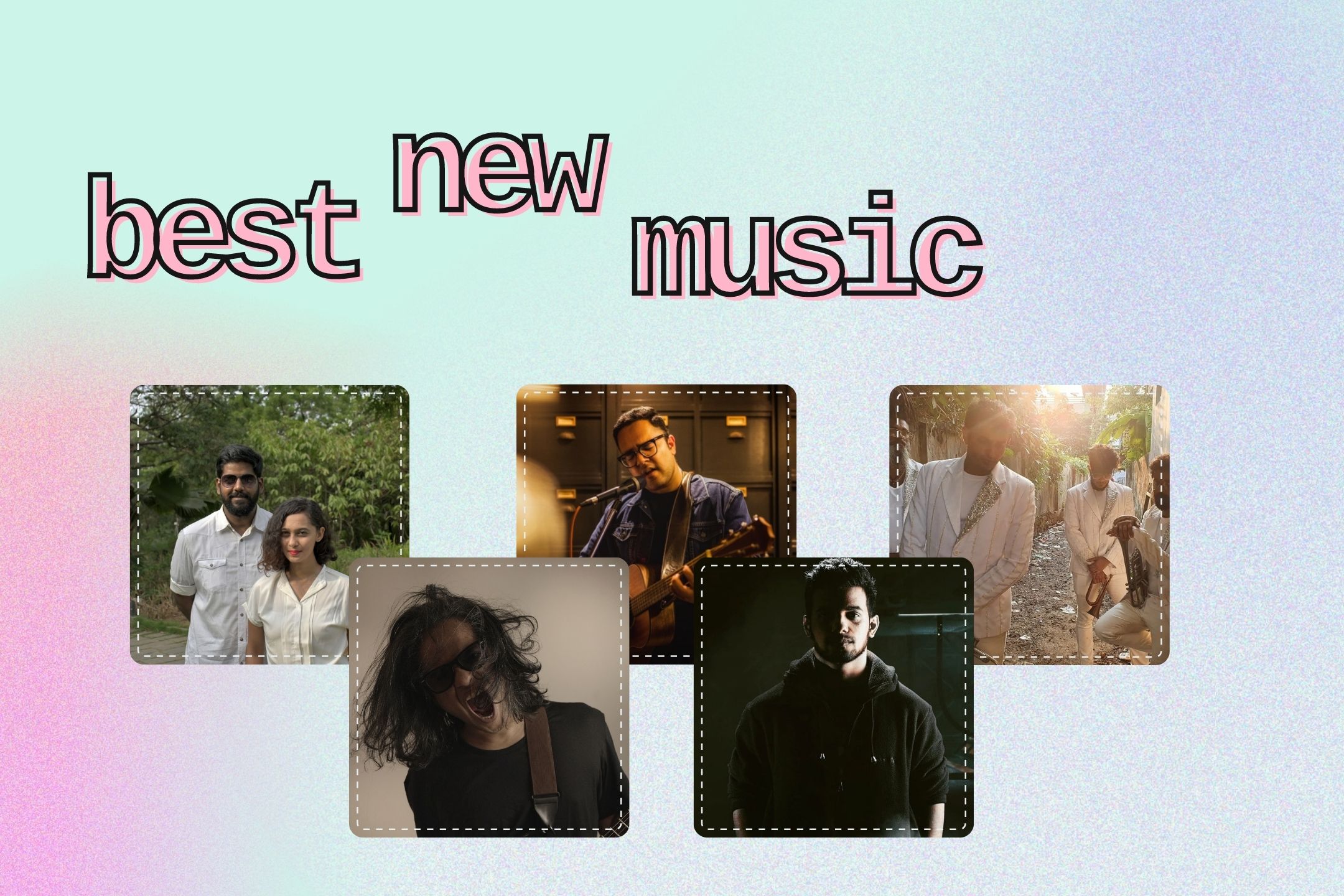 ‘Sathyachithram’ by Synchraw and Gotham S, spanning a bit over three minutes, is a fun track to start this week’s catalogue. Combining rhythmic vocals and a well-compatible instrumental arrangement, the song has already found its way to the Malayalam Hip-Hop playlist on Spotify.

The song, despite being hip-hop, refuses the easy categorisation from the first second itself. ‘Sathyachithram’ opens with percussion, yes, but not without a distinct bluesy saxophone sample which testifies to the “Experimental Malayalam rapper” tag that Synchraw identifies itself with. The speed of the song intuitively restricts itself from going overboard, a decision which is undeniably instrumental in preserving the jazz undertone that persistently underpins its entirety. The listener swoons as much they tap their feet, and perhaps this simple form of expression is adequate to vindicate its beauty.

The Coconut Milk Project – So Blue

Next up, we have a sweet little track all the way from Chennai that is sure to set the mood. ‘So Blue’ was released this week by The Coconut Milk Project. Clocking in a bit under the three-minute mark, the song by the duo is a simple yet beautiful iteration of their philosophy to “start conversations, evoke emotions”.

As the association that the title might kindle in the listener, ‘So Blue’ comes back to the repetitive and persistent melancholia of modern life. The instrumental set-up is easy and unassuming, and with the vocals, make an easy deal of the problem the song addresses. Well, to call it a “problem” might be erroneous, for the song is, through its simple beauty, hopeful of remedy through intimacy. Although the premise of being “saved by you” is a heady yet complicated prospect, the song does it best to uphold the paradox of groovy rhythms with the serious subject that they are a vehicle of.

As far as titular cues go, ‘Under Pressure’ by GrooveBot and Anand Bhaskar gives subtlety no chance. The hard rock song is a strong and unflinching journey that seems to touch all the right boxes when it comes to the genre.

As soon as the first drums hit with the electric guitar, the listener already has an idea of what they are in for. Even so, ‘Under Pressure’ is surprisingly replete with peaks and troughs in its overarching intent of bludgeoning with blind force. Given the heavy rock instrumentals, it is perhaps fitting that the song talks about self-exorcism—“of killing a part of yourself”—until you succumb yet again to the public eye. Anand Bhaskar’s characteristic voice delights, with the raspy stretches being as potent as the sonorous growls that permeate through the song.

‘Ek Din’ is Raman Negi’s recent single release—his third since his departure from The Local Train—and it is a tour de force of incessant aplomb. Spanning up to five minutes on the dot, the song is powerful yet playful, arresting the listener in its every bend.

Perhaps one of the most stand-out features of the song is that the listener cannot help but notice, Raman’s characteristic vocal strength. As if in a trance—which the album art’s associations attests to—Raman oscillates between ridiculously high pitches and low sombre troughs in unfaltering confidence. The electric guitar work and the percussion seem like a match made in heaven; the outro with wind instruments ties a neat bow to what has been basically an exercise in musical trapeze. Of course, the malleability of the song means that the song would be as much of an auditory bulldozer live, as it is in its studio production.

The wind up to this week’s selection is delicately enchanting in its every lilt. ‘Khilte Rang’ is the latest single from Nikhil Swaroop, and there is absolutely no way to not fall in love with it on the first listen itself.

Acoustically crafted with the sound that he has so adeptly honed, the song is a simple yet arresting lullaby; an ode to the beautiful simplicity of love. However, there is a lot of intricacy at play beneath the surface. Like any good song, the discovery of new elements on every re-listen forms an integral part of the song’s breezy likeability. To listen to this song is to swoon, and to embark on a journey that both begins and ends in tranquillity.