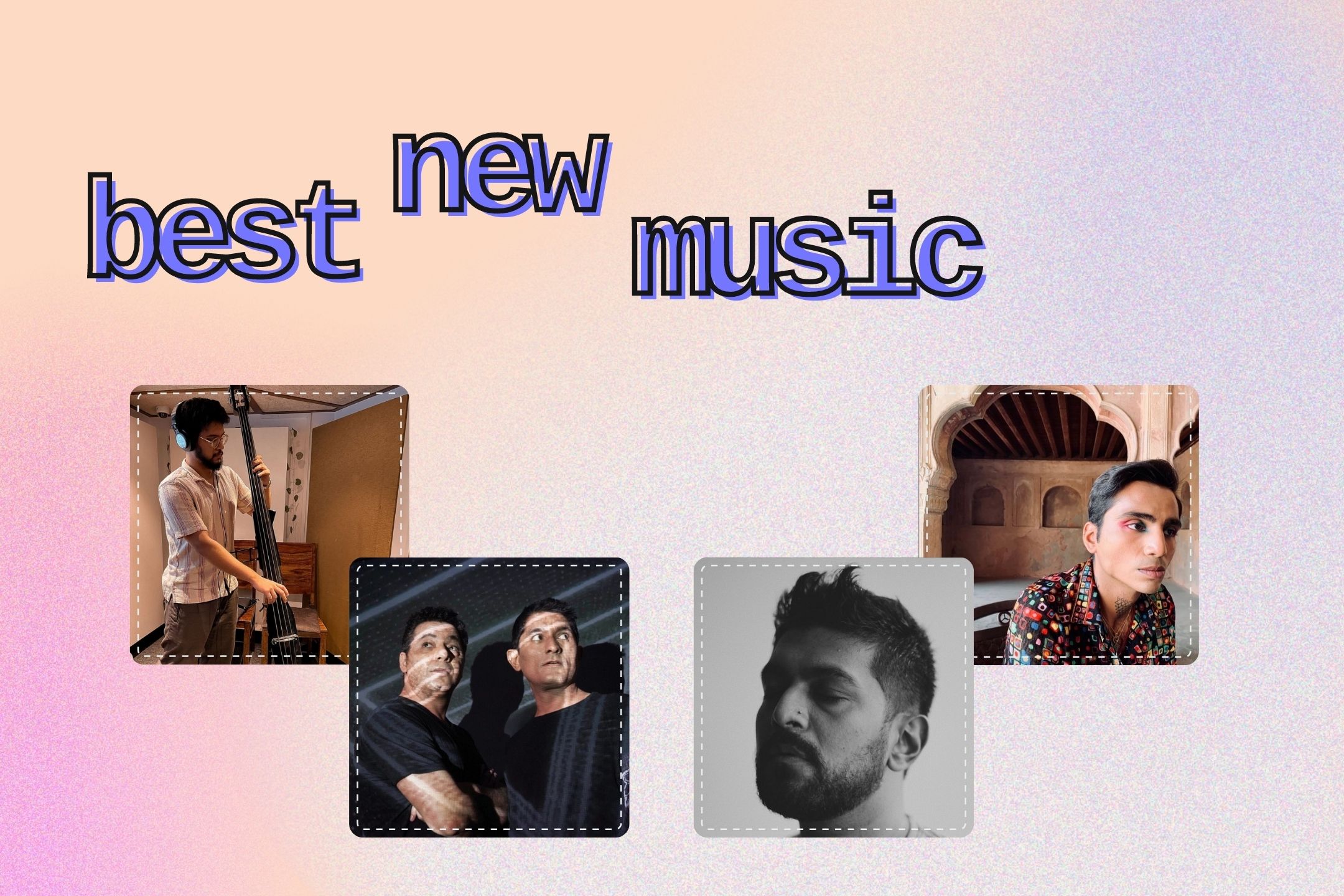 This week’s best new tracks feature a lot of experimentation and a bit of heartfelt tunes by Moli, Yohaan Pissurlenkar, Midival Punditz and Rono.

Moli – Abstraction in the Abyss

Gurugram-based musician Moli’s latest outing, in what is the first of a series of live recordings, titled ‘Abstraction in the Abyss’, is an absolute belter. The track delicately balances improvisational free play and tonal richness that is so inherent of jazz.

In commendable faithfulness to the spirit of jazz, Moli wrote and produced the track within twelve hours at the Ferris Wheel Studios. The multi-instrumentalist also released a music video setting himself as the singular figure of playing different instruments inside the studio. The level of synchronisation that Moli achieves given the short compositional phase is incredible.

Groovy in all its peaks and troughs, ‘Abstraction in the Abyss’ is a fitting introduction to the country spanning live-series the artist has in mind.

In his Spotify bio, upcoming Mumbai-based musician Yohaan Pissurlenkar writes that we are witnessing “his first few steps”. The title of his latest release, ‘Tense’ (accompanied by Tarun Balani) perhaps betrays some of the expected apprehensions Yohaan might feel about his baby steps as a musician. But suffice to say, it is a solid track that breathes of a craft that is already sowing the seeds of mature bloom.

Subtle yet enchanting, ‘Tense’ opens with lilting notes of the piano and soon is complemented with another strain of keys, and both engage in a melodious interplay that lasts throughout the song. The drums are never intrusive, and support the soaring and searing incandescence of the keys throughout. The keen ear would hardly miss the plaintive anklet that rings in transience, just following the brief hiatus around halfway through the song. Occasionally rueful and yet potent with fervour, ‘Tense’ ought to be an instant earworm.

‘Lagan’ is the latest outing by New Delhi-based electronic act Midival Punditz, and the track is richly condensed with the sounds that the duo, Gaurav Raina and Tapan Raj, have organically honed to perfection.

Accompanied by vocalist Sukanya Chattopadhyay, ‘Lagan’ wastes no time in plunging itself headlong into vocal potency. A simple yet powerful lyric is repeated in the first phase of the track, while the music in all its electronic psychedelia envelops the throbbing vocal intensity with persistent enchantment. Sukanya’s singing stands out as a separate point of discussion—the voice riveting in its raw power and gravitating aura, reaching crescendoes and, in sheer assurance of its ability, simply refusing to bring itself down. To be able to enact an oxymoron like electronic raga is in itself a courageous act worthy of notice. To enact it with such aplomb, of which ‘Lagan’ is merely the latest installation, deserves nothing less than bold praise.

The final pick of this week’s Best New Music segment is, perhaps fittingly, a track to ease into and breathe in, in all its nonchalant beauty.

‘Shantiniketan’ is part of Mumbai-based musician Ronit Sarkar aka Rono’s latest release, Sienna Tapes. The title of the song alludes to the little haven of peace in West Bengal, which has always been a perennial source of wistful attraction for the Bengali demographic and the general Indian mass alike. Rono’s fascination is thus far from being aberrational; in fact, aberration is the last word you would think of while listening to ‘Shantiniketan’. In its devotion to the subtlety and organic simplicity which the Bengal town is built upon, the song is an auditory portal to the actual place itself. There is a lot of poignancy in this track, warm enough to nestle itself into the deepest cockles of your heart. If you choose to love one song this week, let this be it.

Keep up with the latest new independent music here: