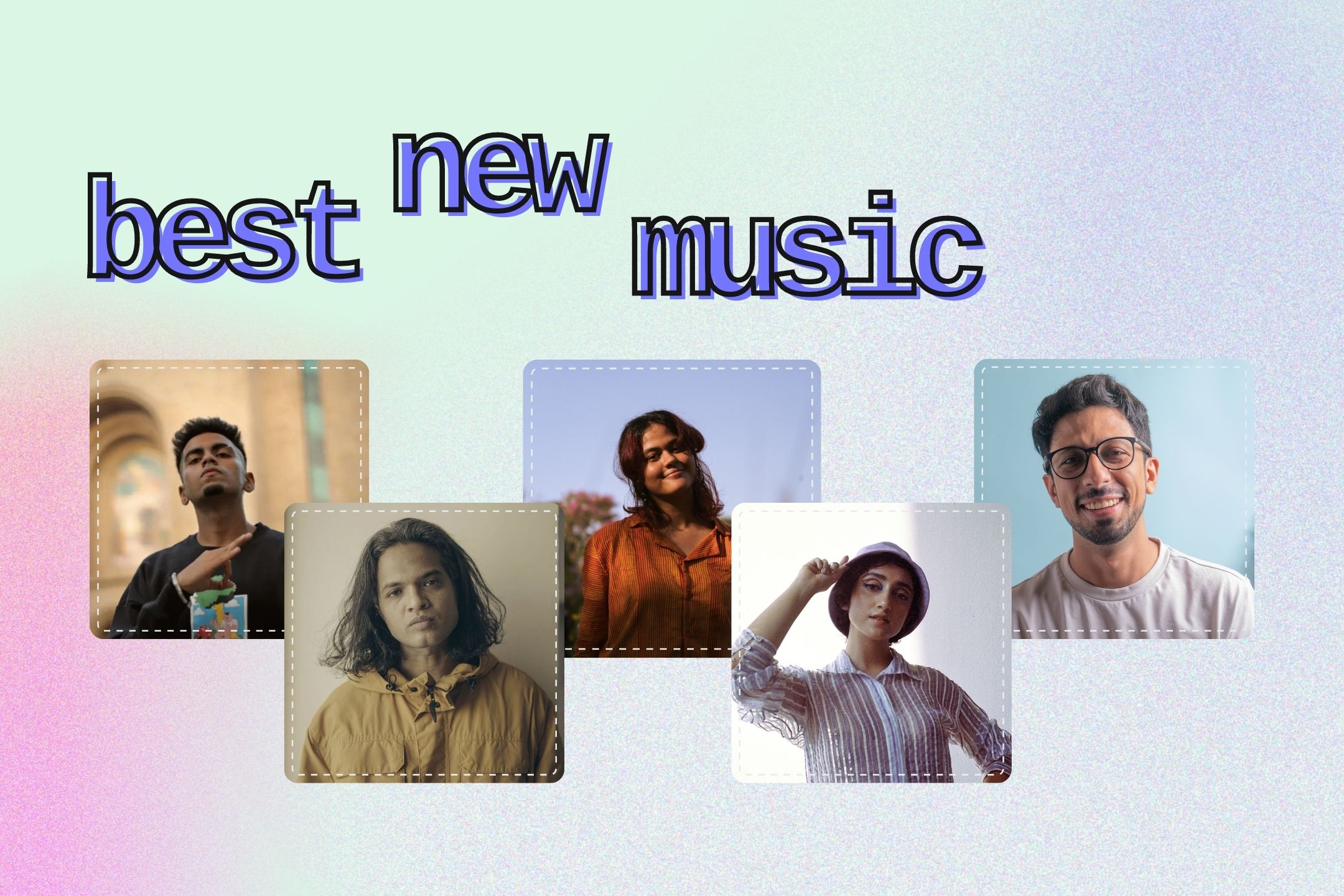 As tough as it was to curate a short list, here are a few new releases that stood out this week. Top scores come from Raman Negi, Chaitanya Pandit, Pruthvi, Sanjeeta Bhattacharya and OG Ankit.

New Delhi-based singer-songwriter Sanjeeta Bhattacharya’s new song ‘UDDCHALEIN’, with Full Power and Aman Sagar, is a surprisingly experimental venture in the wide trench of feel-good indie music. Mixed and produced by Sanjeeta’s frequent collaborator Aman Sagar, the pop score speaks of freedom and self-love, and poses as a reminder of the fact that dreams should be chased for as long as they can be.

Screaming FUN, the track borders on dreamy lo-fi synths, a groovy bass that’ll get you bopping and a welcome hip-hop verse by New Delhi rapper duo Full Power. The song is accompanied by an entrancing music video, which in itself is something of a bizarre, dream-like nature, oozing elements of pop-surreal expressionism. It’d almost be unfair to pair the song without the video, both immaculately produced—as a whole, ‘UDDCHALEIN’ is quite the must-indulge audiovisual experience.

Mumbai-based singer-songwriter Pruthvi Dhawale released her new single ‘Girl Next Door’ in collaboration with musician Jeremy Samson aka Mister Miyagi. The 2-minute track outlines the borders of blue wave and lo-fi, with its shimmery guitar compositions that complement Pruthvi’s sultry, laid back vocal delivery, quite deftly. At the bridge, the predictability of the instrumental is broken by Jeremy’s verse, which adds a bittersweet tint to the entire track, which in itself is a pleasant listen, the kind that you’d put on repeat. A minute in and you’re sure to be mentally transposed to a faraway beach; yes, ‘Girl Next Door’ is definitely your perfect dose of summer-y bedroom pop.

‘Silver’ shows up as a story about finding love, and how it ends up filling the latent void that existential dread sometimes leaves behind. Musician Chaitanya Pandit doesn’t care much for the big shows, he just loves making music, and it shows.

His new single is a breezy, foot-tapping acoustic score that has you whistling the melody long after it plays. The song almost seems like a self-aware parody of itself. ‘Silver’ is accompanied by a music video encasing techniques that are almost reminiscent of some of Bonobo’s visual works. The sunshine, yellow hues speak of the immensity of everyday life and capture the sentiment of the song perfectly.

Vocalist Raman Negi, the former frontman and founding member of The Local Train who parted ways with the band a few months ago, released his first new single, ‘Mehroom’, after the split.

Sonically, the track offers a sparkly acoustic sound not too far from the likes of some of The Local Train’s acoustic ventures, or perhaps that’s just a nostalgic bias. Lyrically, it’s a heart-warming soliloquizing ghazal, disguised as a song. Raman croons about a certain something that is amiss from his life, mind and soul, and reaches out to an endearing figure to guide him on his quest for happiness.

‘Mehroon’ ends on a hopeful note, a sort of wish for the best, quite the bittersweet shade (not too far from how a lot of us felt about the split with his former band).

Mumbai-based hip-hop artist Ankit Mishra aka OG Ankit released his new single, ‘Kyu Nahi’, this week, in collaboration with producer KATTO. In the recent past, Ankit has managed to amass a decent following as a rapper, by dint of his drill-beat rap style, which is rare to find in the indie scene. The single somewhat dips into the narration style of the 90s golden era of rap, with self-elevating bars that do justice to the song, owing solely to crisp vocal delivery. With its club-friendly bars and undeniably addictive drill beat, ‘Kyu Nahi’ stands to be a must-have hip-hop club score.