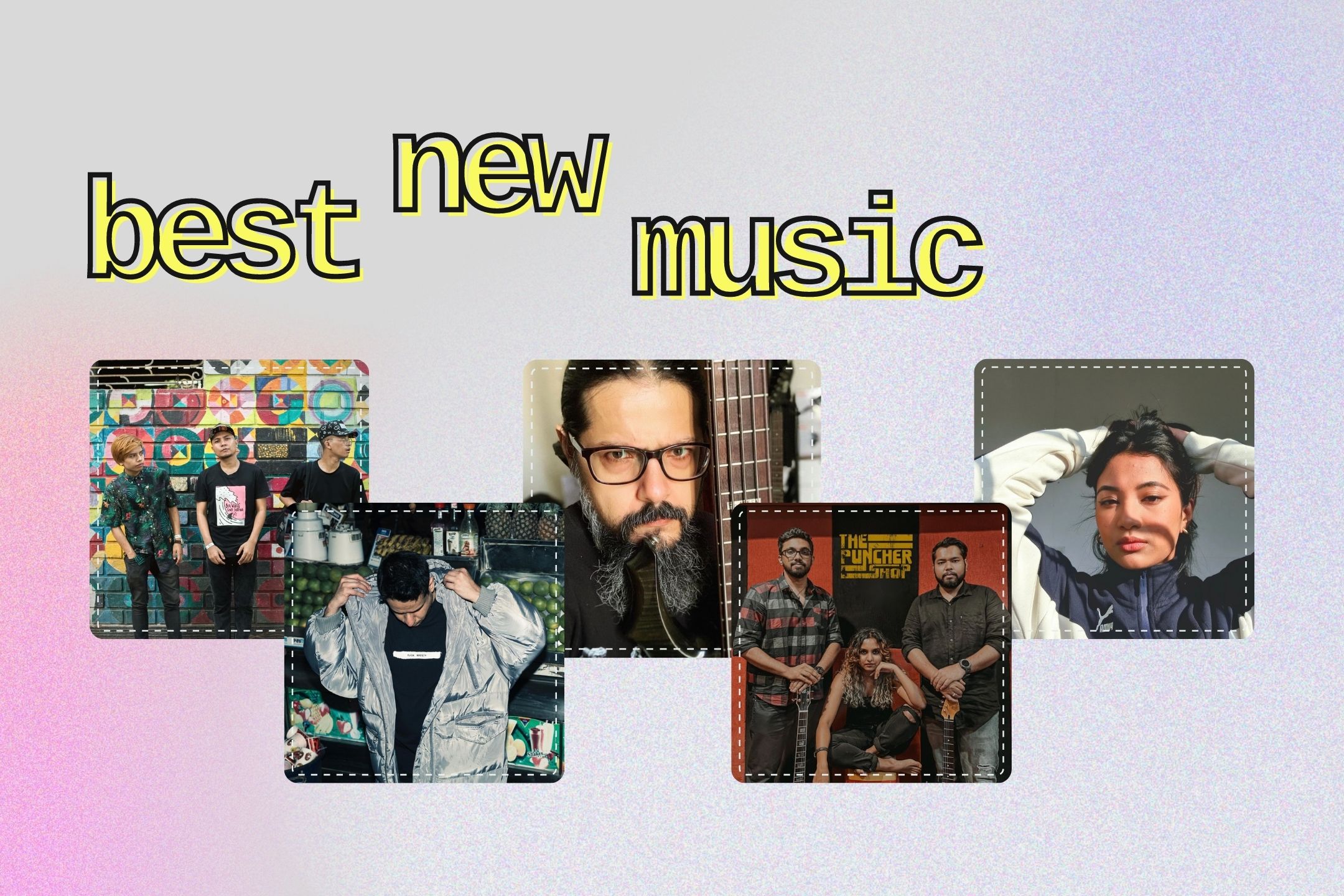 Shillong trio Dossers Urge have been somewhat quiet following the release of their 2017 album Honest Rage. While there have been a few songs trickling through, ‘Porch Dick’ seems like the first promise of more regular material.

Distinctive as ever in their sound palette, there’s indie-rock but also wavy synths, psychedelic and funky basslines heaped on. Vocalist David Kom gets on the mic and flits between offering tough love, affirmations, and wisdom.

Bengaluru rock band The Puncher Shop’s second single is a complete step away from their 2021 debut song ‘The Specter’, which was more of a stoner/psych jam. On ‘Band Aid Love’, the guitar tones get grungier and bluesy, the topic of self-healing and love and relationships comes in and the structure has quintessential Indian indie rock written all over it.

With Sharjes Mohammed helming vocals and guitars, The Puncher Shop mould themselves into a voice of reason and urgency in matters of the heart and the rock rhythms are classic and energizing.

It’s been a while since Demonic Resurrection have been active, be it with releases or even shows. Now with new lead guitarist Aditya Swaminathan (from thrash band Kill the King) on board, there’s new blood and as is usually the case with the extreme metal act, there’s blood to spill too.

Founder and frontman Sahil Makhija aka Demonstealer brings in French drummer Kevin Paradis and keyboardist Misstiq for a crushing new song called ‘The Mask’. Carried by choir-like keyboard work as well as blistering solos, this is all par for the course for Demonic Resurrection, who stick to their guns.

New Delhi DJ-producer Sanil Sudan aka FILM has often worked behind the scenes as curator at venues in the capital, but he’s also been pushing full speed ahead with his electronic music project. The first glimpse of that arrives with his single ‘Call Me’, a journeying, minimal production which bounces off ambient and techno in some measure.

The five-minute track is spectral at times, which is exactly what you want in a club-ready track that can take listeners on a trip. ‘Call Me’ is part of FILM’s upcoming self-titled debut album, which will release on May 28 via the label Qilla.

Among one of the few record labels pushing hip-hop in the North East, Shillong-based MOX—founded by rapper Moksh—brings together the heavy hitters for a song called ‘All Stars’. Although Moksh decides to sit this one out, he’s brought in producer Stunnah Beatz for a soulful, quaking beat and the likes of Meba Ofilia, Khasi Bloodz, G’Nie, Borkung Hrangkhawl and Young Dirrt.

Each artist brings in their own concerns and flavours, from Meba Ofilia’s resolute rhymes to Khasi Bloodz taking aim at the state of the country. G’Nie invokes tribal pride and Borkung is fist-tight with his bars, and Young Dirrt sees the song out with trap and party-ready rap.