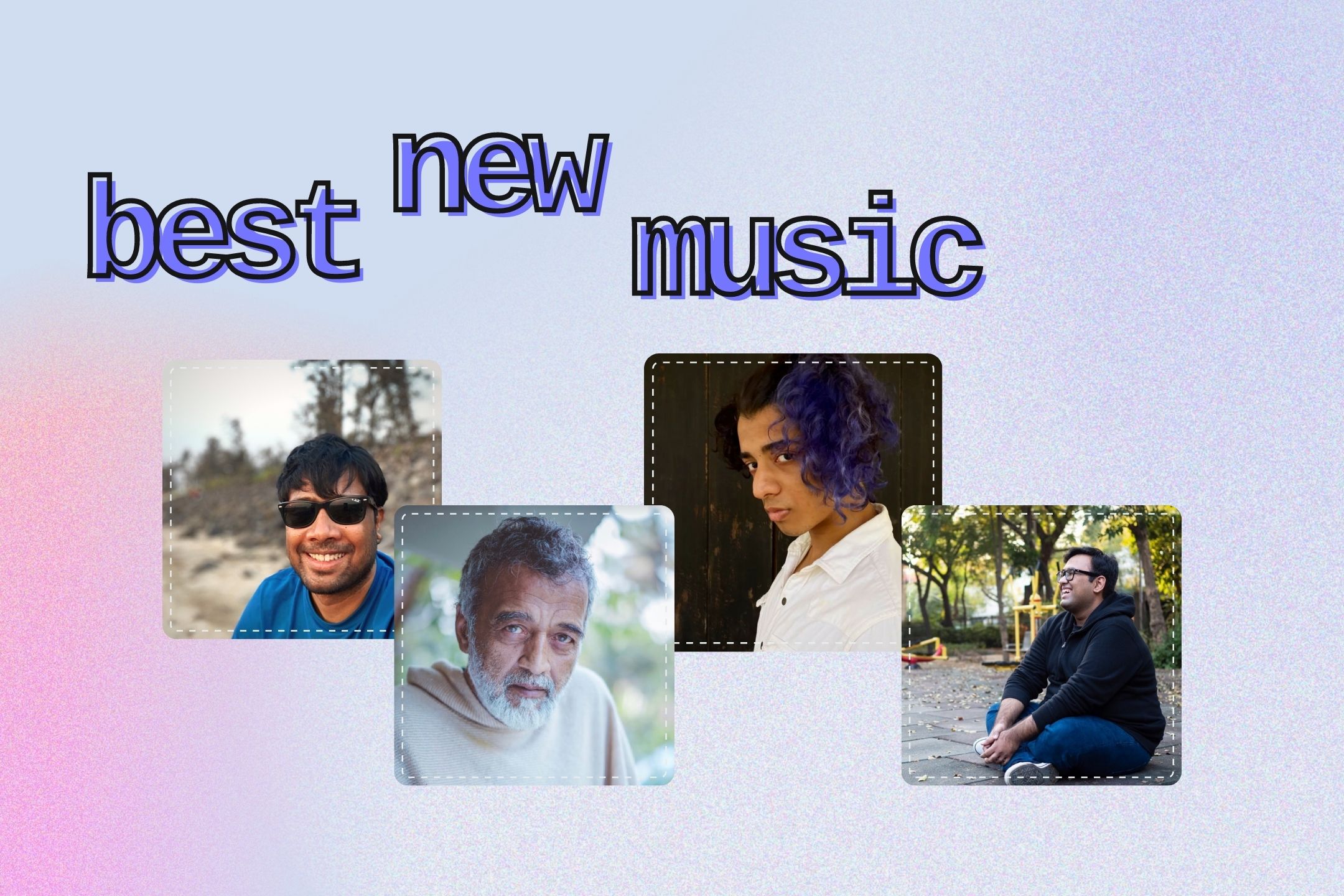 This month sees the release of ‘Udaan’, another heart-touching single from Madhav Khanna, featuring multi-instrumentalist and music producer Sahaj Chawla. Atmospheric synths support the intro, giving it a mystical feel, and acoustic guitars carry the song into a cinematic chorus. The song has a soft, motivating essence to it, as it talks about chasing one’s dreams and letting them fly. Doused in bluesy tones, a punchy guitar lick takes over the bridge and leads to the outro, lining the song with a sultry groove. Offering honest lyrics, much like all his previous releases, it wouldn’t be a surprise to hear a song like ‘Udaan’ be cast in an industry feature film.

If there were a lack of wholesome, heart-touching creations, Lucky Ali’s new single (yes, that’s right) would undoubtedly make up for the gap, big or small. ‘Intezaar’ is a gratifying love story of two youngsters backed by Maqsood Mehmood Ali’s distinguished vocal delivery and lustrous instrumentals by New-Zealand bred/Mumbai-based producer Mikey McCleary. As if the track itself wasn’t enough, it is accompanied by a simple yet moving music video that illustrates the blossoming essence of young love; everything considered, this is a release you just can’t miss.

Goan rapper and youngest member of the Gully Gang roster, Tsumyoki aka Nathan Mendes released ‘Pink Blue’, his newest single, this week. Featuring producer and singer/songwriter Bharg Kale, the track is a typical dance-y pop score, accompanied by a video that embodies the definition of a good time. It’s been a fairly new journey for Tsumyoki in the pop industry, and with promising releases as thus, one can only expect a lot more to groove to from the rising rap star.

This song accurately embodies the phrase short but sweet. In a wholesome two and a half minutes, Pavan describes the nostalgic and reckless idiosyncrasies of young love, and will have you pining for those careless, secretly intoxicated nights with a well-warned-about fling (even if you didn’t have one). The lead guitar surfacing at the bridge sports notes that almost sound a tad bit off-tune, making it sound bittersweet and appropriate considering the theme of the score. An unexpectedly honest and adorable little feat, Pavan with a V’s ‘Raat Bhi’ is a pleasant short listen and exposes a fairly unseen side of his.