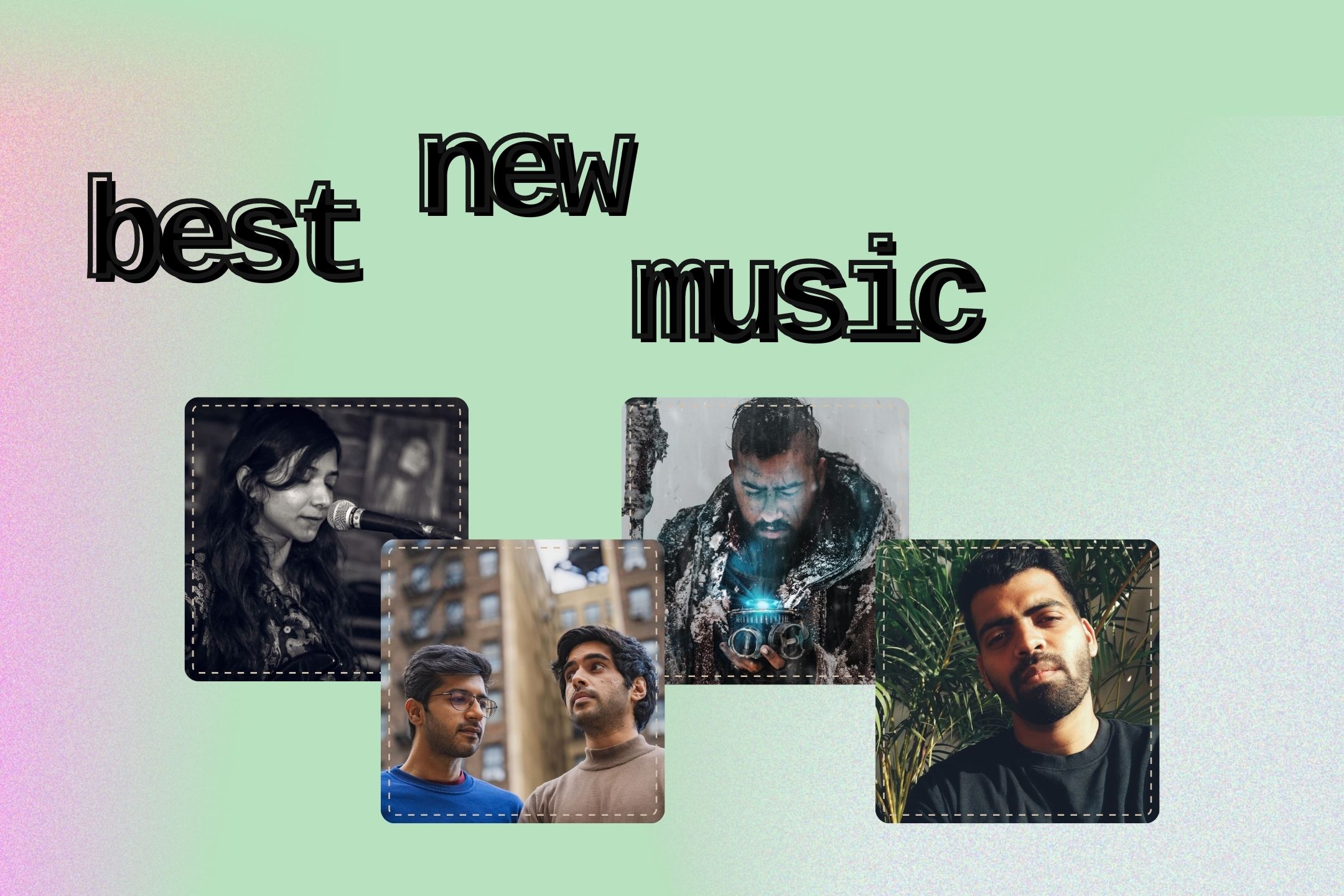 This week’s new releases offer a wide range of explorations, in terms of technique and thought.

Burudu – When I See You

After a brief hiatus, electronic duo Burudu, composed of Sahil Bhatia and Nakul Sharma, have announced the release of their new album ‘Afar’. ‘When I see you’ is just the first single off of it, bringing with it a wave of synth-pop goodness. As a bunch of other artists, the pandemic forced them to adapt to remote ways of working, but that hasn’t stopped them from exploring the nature of their sound. ‘When I see you’ strays a little from their usual sound, but the heavy production and breath-heavy vocals tie the anomalies back together with expertise and visible experience.

It’s releases like these that really raise the standard for genre-bending ventures every year. SongBook is the moniker for Mumbai-based singer-songwriter Jyoti Dahal, who’s originally from Sikkim. She describes herself as a “pretty girl with a mind-funking voice”.

Her new single ‘WOMAN’ takes the stage with surprise, with a one-of-a-kind defining sound. Reminiscent of Portishead’s bewitching streak, the track boasts haunting vocals, grainy textures and bold choices overall. The lyrics celebrate the ‘love, kindness, struggles, and pain of being a woman in this world.’

‘WOMAN’ as a debut from the upcoming EP Sounds of Light really makes its release promising and much anticipated.

Jammu-based Shen B’s new single ‘Colder’ talks love and loss and is accompanied by a five-minute-long music video set in a post-nuclear apocalyptic world, which enhances the experience of the song itself by a great deal. The immaculate production on the song makes Shen B’s style of rapping, which almost sounds like a narration, seem natural and effortless. The song offers a refrain that is hard not to immediately groove to, and a verse that plays low to build up for the climactic chorus.

Anurag Mishra’s new feel-good single navigates love in its purest form. ‘Dhaage’ is the second song from his new album Lifafa, set to release later this year. Although it falls in the typically oversaturated category of feel-good music, it’s got an unmissable element of ingenuity that makes it stand out. The soulful singing, mellow guitar and overall gentle atmospheres on the track will have you feeling overwhelmed about the love of your life, even if they don’t exist. A soft yet compelling chorus steals the show, exhibiting a kind of matured happiness that bleeds a sweet, rose-tinted flavour.