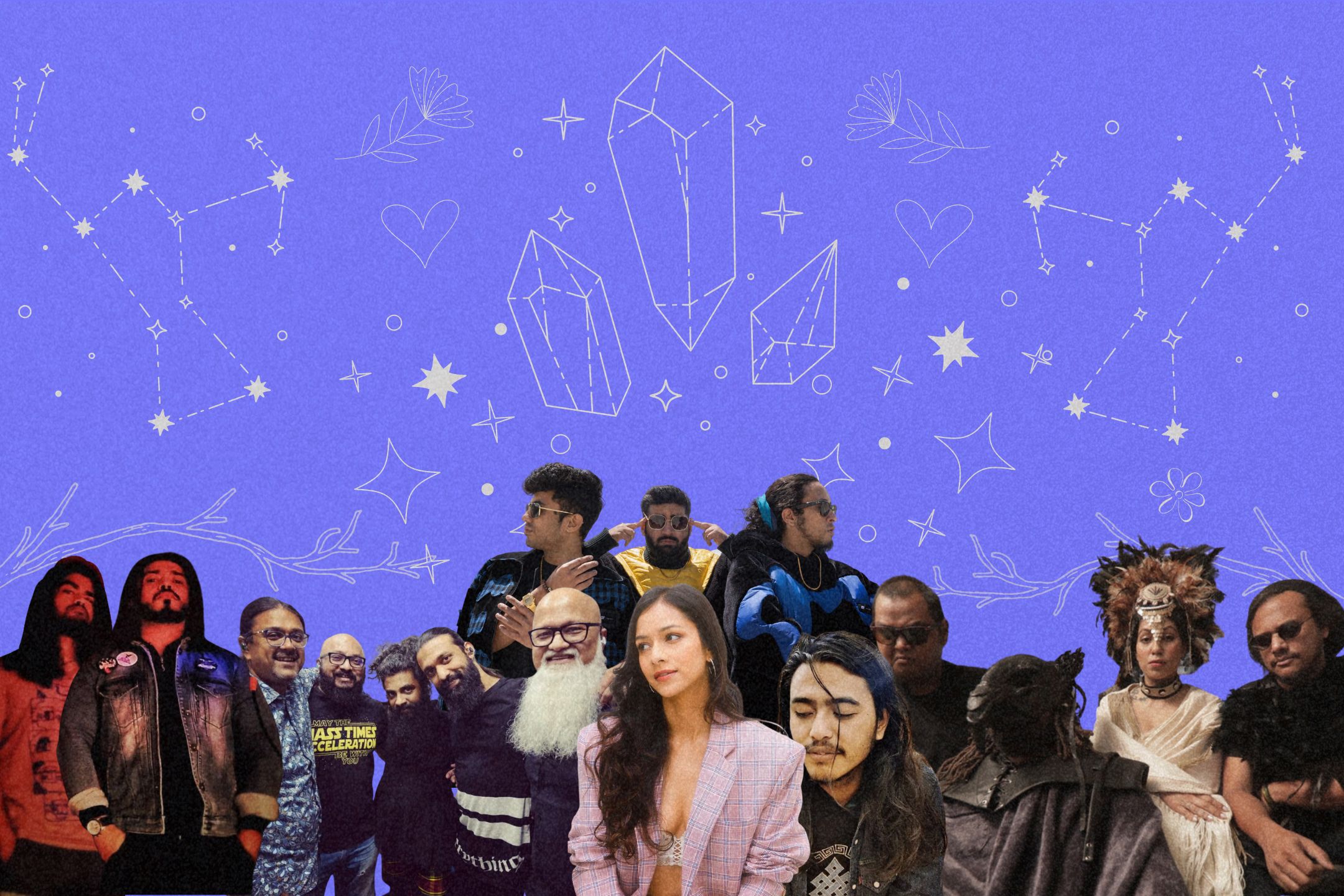 Darjeeling-bred singer-songwriter Riko Lama marked World Music Day as well as Pride Month with his single ‘Awaz’. The rock song has been in the works since 2018, but the music video is one that elevates Lama’s LGBTQIA+ Nepali song to a new level. Produced by the label and production house Mall Road, Lama’s soul-laden vocals go over rock arrangements and are set to a story of a young queer individual who works at a restaurant, only to face discrimination. The story plays out with the protagonists’ struggles, but also his resilience.

Industrial metal act Formidable Hate Machine call on Phantom bodo claymation aka Priyankur Basumatary to depict their pounding, anguished song ‘Behold’ with visuals. The result is the no-nonsense takedown of media manipulation and the present-day role of social media in portraying half-truths when it could in fact be bringing people together.

At the center of the video is a monster with a cage-like interior, which gobbles up information and feeds it into a television set, often to produce gravely inaccurate interpretations of straightforward events.

New Delhi singer-songwriter Tanmaya Bhatnagar bided her time to turn into a dancing, grooving, vibrant pop star, and we’re here for it. Her latest single via Sony Music India’s sub label Day One is ‘kyun hota hai?’ It retains her tender vocal melodies but production by Pranay Parti makes it for a dancefloor jam, while the music video directed by Pratik Punjabi sees her welcome new love into her life with total exuberance. The surreal, fairy tale-like sets and costumes and the use of filters make the video joyful.

Bengaluru folk-rockers Swarathma may have released ‘Dus Minute Aur’ last year, but they fully understood its potential for a music video. Teaming up with animation artist Aasuma Noor, the zinging Hindi song gets a lyrics and storyline unfolding side by side for what is Swarathma’s first animated music video. From a curious cat to a sentient laptop and an escaping school bus, the characters created by Noor for the video mirror every bit of humor and satire that Vasu Dixit channels. The jumpy disco-meets-rock production by guitarist Varun Murali even has its cadence matched with hilarious (and possibly accidental) dance moves by the characters.

Avant-garde folk metallers Serpents of Pakhangba keep their artistic output high and polished with the release of their latest single ‘Panthoibi’ via Guwahati’s No Binary Records. While the song is undoubtedly fiery, it’s heightened by the music video directed by Kulanandini Mahanta. Intertwining a story of child abuse and tribal folk lores from Manipur’s Meitei tribe, the video for ‘Panthoibi’ unfolds dramatically with ace VFX to boot. Plus, we can’t take our eyes off the look that members of Serpents of Pakhangba don as they rock out, from face paint to headgear and more.

“The Super Book of Superstitions” is at the center of New Delhi duo Seedhe Maut and producer Sez on the Beat’s song ‘Maina’, off their standout album Nayaab. Directed by Nisha Vasudevan (who’s previously worked with everyone from The Lightyears Explode to Parekh & Singh), an innocent and heartfelt friendship between a growing boy and a myna bird plays out over what is arguably Seedhe Maut’s most emotive rap song. Animated by Studio Sideline, this might just make all the hardcore hip-hop folks tear up a bit.