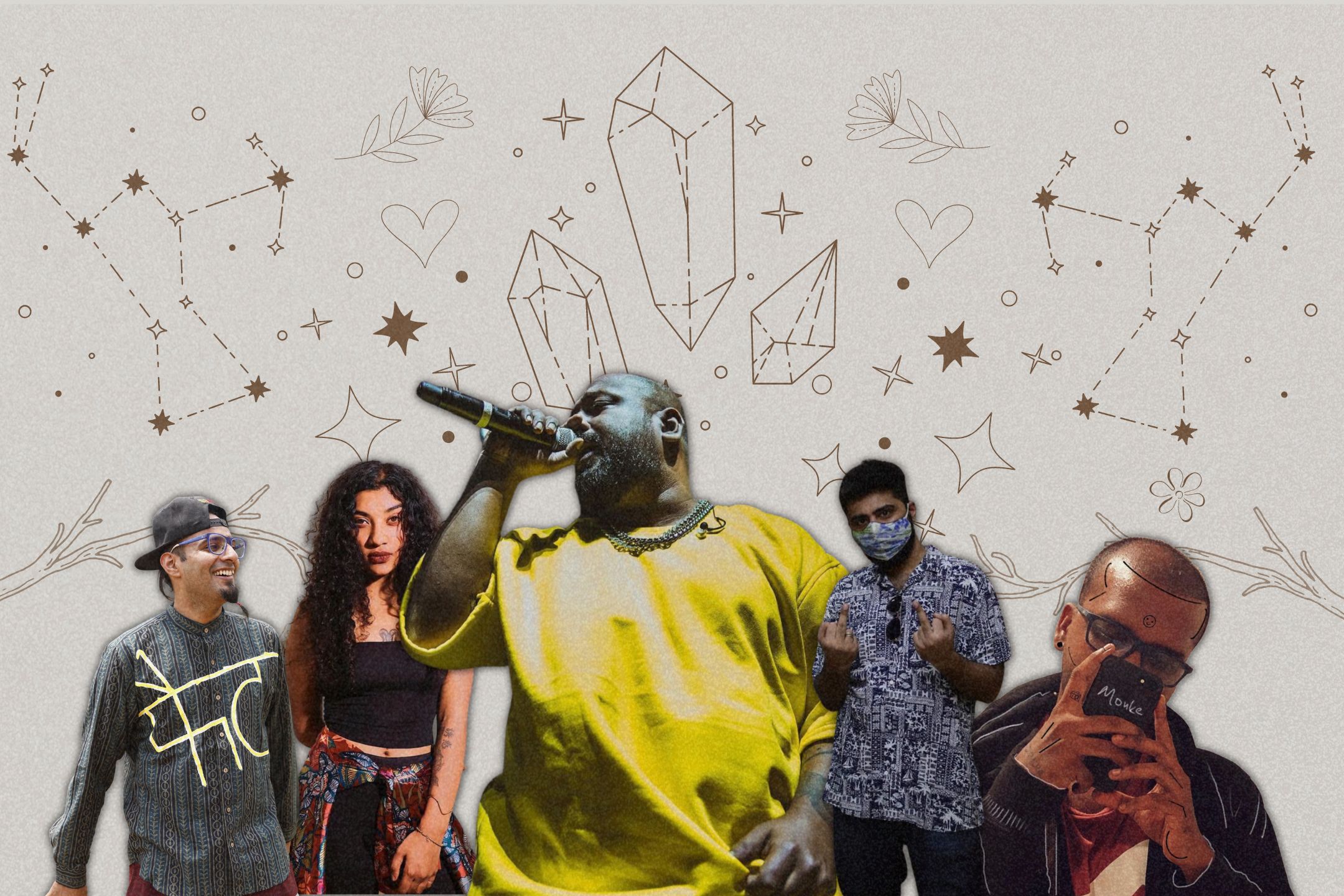 The likes of Irfana, Fat Krrent, D’Evil had exciting music videos to offer in April 2022.

Taken from their recently released album Parvarish, New Delhi hip-hop artist naqaab47 and producer duo Shoals’ new music video ‘Ateet’ squarely hones in on the idea of a “saste nashe”. While the phrase is often used in a derisive manner, rapper naqaab47’s snarling delivery makes this a serious journey into the wreckage caused by addiction.

The vocalist appears suitably wide-eyed at times, with kaleidoscopic visuals superimposed behind him, while Shoals’ Sidharth Gupta and Utkarsh Varma appear as slick suited figures watching ominously over the spectacles that play out.

It only took a number of years for Chennai R&B/pop artist STEVIE to come out with his debut music video. There’s always been a visual air to a lot of his breathy songwriting, and his latest single ‘Lighthouse’ is no different. His first release of the year is a measured, stirring pop song punctuated by violins (by Fenny Daniel) and lush production/sound design by Rhenius Hudson.

Like the title suggests, it’s a song about feeling grounded and comfortable due to a person’s presence in one’s life – even when STEVIE is alone and in the dark. The music video plays out over urban Chennai landscapes and sky shots, as STEVIE emerges from a late night with friends only to prep for an important life decision with a beloved.

Mumbai hip-hop artist Fat Krrent brings his most sarcastic and witty avatar on his latest single ‘Look A Boy Spit’. While the song – produced by DTXdude – is pretty much nonstop as Fat Krrent’s cannabis-hyping verses take centerstage.

While it’s a club-ready songs with the bass pumped up and aided by Fat Krrent’s progressively faster flow, the music video narrates a story of a man guided to take upon a quest, with a map in hand. It all seems quite intense until Fat Krrent inserts himself into the plot, with humorous results.

Rapper D’Evil has been proving his versatility all the time and his sense of humour as a wordsmith grows stronger upon each release. ‘Rani’, produced by Karan Kanchan, is no different for the Gully Gang artist. Positioned as a Reels-friendly track with its buoyant, unshakeable yet seemingly tropical production and (of course) having a dance move at the center of it, the music video for ‘Rani’ is also a masterclass in product placement and all kinds of game that Indian hip-hop has got now that brands flow in from all quarters.

Ignoring all that, though, the video still has an adorable story of D’Evil’s dog companion and the quest for its misplaced toy.

On her first release since the 2021 standout EP Ko-Lab with childhood friend Taslina Nazar, Kodaikanal-bred MC Irfana is resolute as a ‘Southside Menace’. Put out via Found Out Records, the song plays up Irfana’s distinctly care-a-damn delivery and subversive lyrics.

While the track is produced by Kalla Sha, the music video showcases all kinds of thirst traps as it flips the narrative, something that Irfana is probably championing in Indian hip-hop at this point.